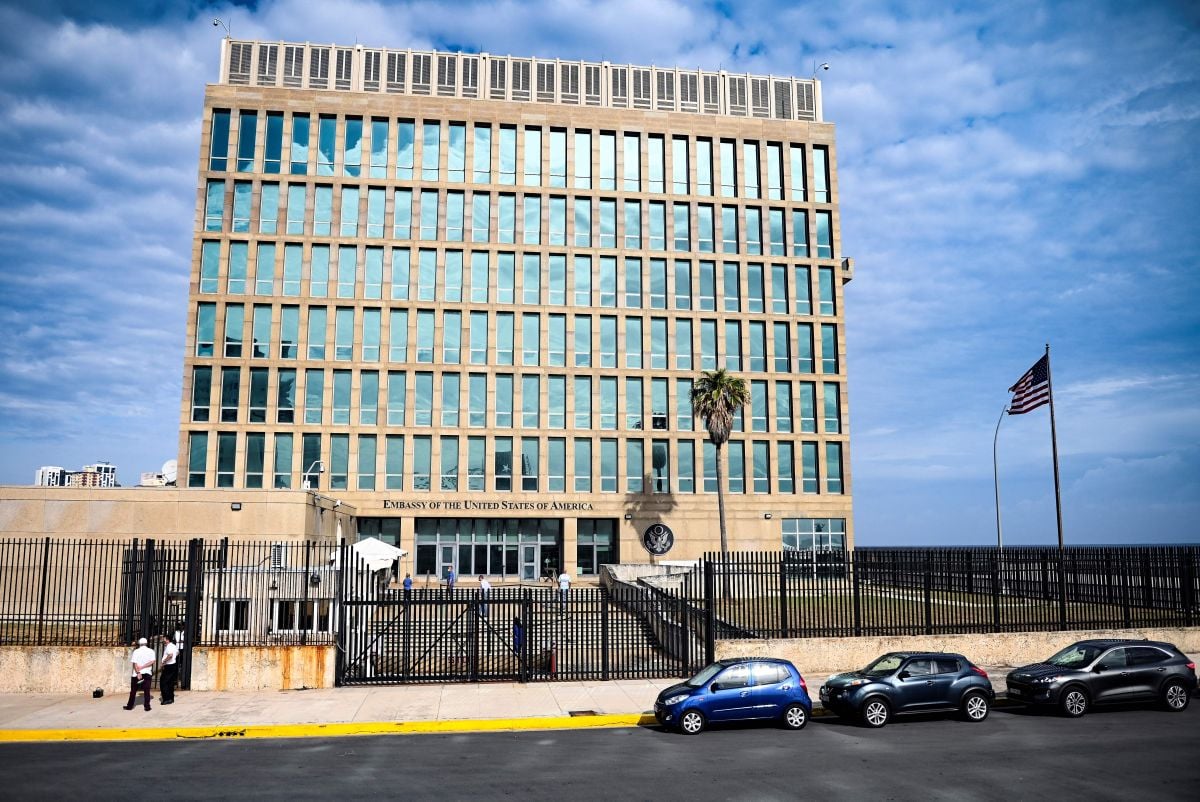 The US consular services in Cuba have been closed for four years due to an alleged “Havana syndrome” that came to nothing, but marked the beginning of the end of the “thaw” between Washington and Havana.

The limited reactivation of US consular activity in Havana, announced this Thursday by the Joe Biden government, comes at a complex moment in bilateral relations, which, despite last year’s change in the White House, continue to be marked by setbacks. that was the mandate of Donald Trump (2017-2021).

The downsizing of staff at the embassy was announced on September 29, 2017. The State Department then canceled indefinitely the issuance of visas. The cause was the mysterious “health incidents” suffered by some of its diplomats, with symptoms similar to those of brain injuries, which was called “Havana syndrome”.

Trump and the “acoustic attacks”

Trump then accused the Cuban government of being responsible for “acoustic attacks” or “sonic attacks” against the personnel of the diplomatic legation, which he used as a pretext to break with the “thaw” that his predecessor, Barack Obama (2009-2017) had promoted. ), and the then Cuban president, Raúl Castro, when they resumed direct diplomatic relations between the United States and Cuba.

Havana, for its part, denied any responsibility in the case and launched a commission of experts that found no scientific or criminal evidence linking the symptoms to possible sonic attacks, microwaves or any other deliberate action.

More than 200 US diplomats and officials stationed in half a dozen countries – from Cuba to China, passing through Austria, Germany and Colombia – reported similar symptoms. Some were unable to continue exercising their functions.

“CIA ruled out campaign led by an enemy country”

In January 2022, the US Central Intelligence Agency (CIA) ruled out that the nuisances described were the result of a campaign led by an enemy country, contrary to what was speculated.

However, a group of experts convened by the US government recently pointed out that some type of electromagnetic energy could be behind the symptoms, which they considered could not be explained by psychological factors or psychosomatic reactions alone. They described as “plausible” the use of a specific radiofrequency, although they recognized “gaps” in their research.

On the other hand, an internal US report released in early 2021 revealed that Trump accused Havana without evidence and that mismanagement and lack of coordination dominated his response to this situation.

As a result of the closure of the US Consulate in Havana, the bilateral migratory agreements for the granting of 20,000 annual visas to Cuban citizens and the family reunification program were paralyzed.