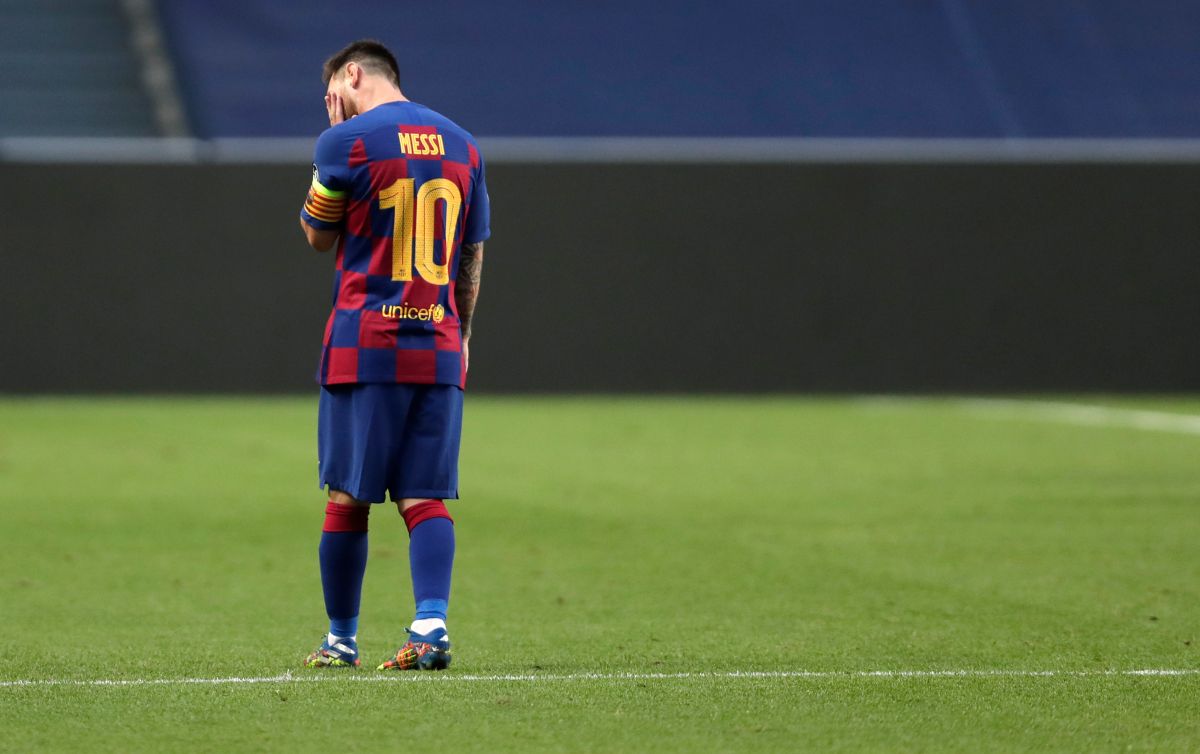 Finally, a historic cycle at FC Barcelona ended. After so many rumors of the continuity of Lionel Messi at FC Barcelona, the club itself admitted that it will not be able to retain the Argentine. This news evidently shocked the world. Faced with this historical situation, the board had to stand up to explain the brief statement that was issued on social networks. Faced with this need, Joan Laporta, president of the club, held a press conference.

LATEST NEWS | Leo #Messi will not continue with FC Barcelona

“Unfortunately we have received a disastrous inheritance. The salary bill represents 110% of the club’s income. We have no salary margin (…) I am not willing to mortgage the club for 50 years for anyone. Barça is above everything. Even above the best player in the world“, Said the top leader of the Catalan team.

Without a doubt, Laporta’s statements will give a lot to cut. There is no explanation that satisfies fans that gathered outside the club’s premises to protest against the departure of Lionel Messi from the team. However, there is something that is clear, “La Pulga” definitively closed his cycle as a Barcelona footballer.

“The negotiations with Leo Messi have finished. We cannot register Messi due to La Liga rules (…) The reasons why we decided to stop operating in this way was that there were objective reasons that did so. Renewing Messi came with certain risks. We do not want to endanger the institution”, He sentenced.

On the other hand, Joan Laporta acknowledged that Messi wanted to remain linked to the Catalan team, but his wish was frustrated by the complications from the financial point of view. However, the manager did not hold back to praise his former star.

“Messi wanted to stay at the club. Leo deserves everything … I’m sad, but we have done the best for Barcelona (…) Leo has made history, he has left his mark, there is a before and after Leo ”, concluded the manager.

From boy to goat. pic.twitter.com/G0JPpPi5WC

The future of the FC Barcelona without Messi in the field

It is probably the biggest concern of the faithful fans of the Catalan team. Lionel Messi was the player who saved the club when it needed him most. Assists, goals, hierarchy, experience, magic and quality, are some of the things that the Argentine will take in his boots. Barcelona will have to take on this new challenge after 21 seasons of glory.

“The circumstances are what they are and it is a reason for sadness and disappointment. When you think that the decision is made to preserve the interests of Barça… We have been through everything in 122 years and we have always succeeded. I am convinced that the stage after Messi will be very successful (…) We are more motivated than ever because now a high level is going to be demanded of us. We are willing to take on the challenge so that Barça without Messi continues to give happiness to Barcelona fans“, He emphasized.

Messi leaves Barcelona: 5 keys that explain the announced departure of the Argentine striker from the Catalan club