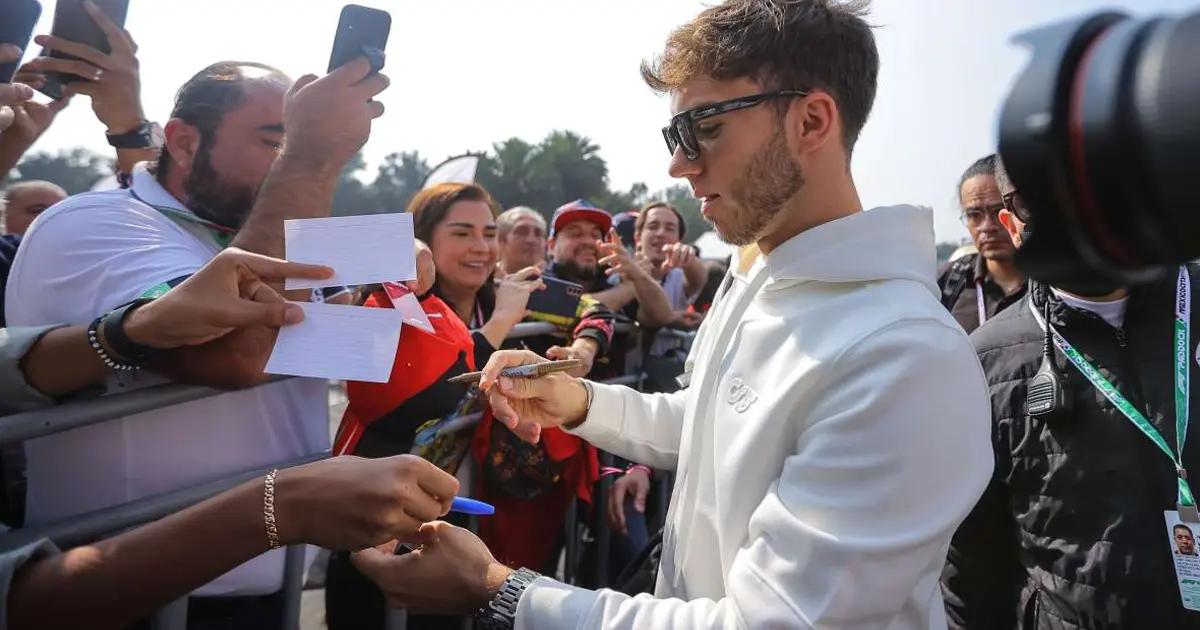 Pierre Gasly, the French driver who competes in Formula 1 for the AlphaTaury team, revealed that he was close to being a victim of theft as someone opened his backpack while walking through the paddock area before the Mexican Grand Prix.

Gasly said that last Friday, during his tour of the Autodromo Hermanos Rodriguez, he noticed that his backpack was open, although he clarified that no items were missing.

According to what was reported by ESPN UK, this happened after the driver toured the area where dozens of VIP guests are located.

“Yesterday morning, I arrived at the hospitality with the backpack in which I was carrying my passport open, and I didn’t even notice,” he explained to the sports network.

The Frenchman also took advantage of the microphones to express his dissatisfaction with the behavior of some of the VIP guests with whom the drivers have contact, as he considered that they do not respect his space.

“I think letting people in is fine, but there are indeed some guests who sometimes don’t respect the space we need,” Gasly expressed.

“We talked about it in the drivers’ meeting. I think it’s great to have fans and to see kids and people enjoying themselves, but maybe we have to find a way for them to understand where the limits are and when they should give us a bit more space,” he proposed.

As a result, in the absence of such measures by the organizers, the car racer revealed that he has since decided not to leave the place where it is well-guarded.

“We are working and attending to the fans when we can. But this weekend, I didn’t dare to leave the hospitality because if you do, you get mobbed. And sometimes there is too much commotion,” concluded Alphatauri.

In this regard, the Mexican driver, Sergio Perez, who is local and knows his people well, tried to justify the “harassment” of the fans, arguing that it is because they are very affectionate.

“That has been commented on because there are certainly a lot of people, more than normal, and we Mexicans like to show affection as well,” said the Red Bull Racing driver.