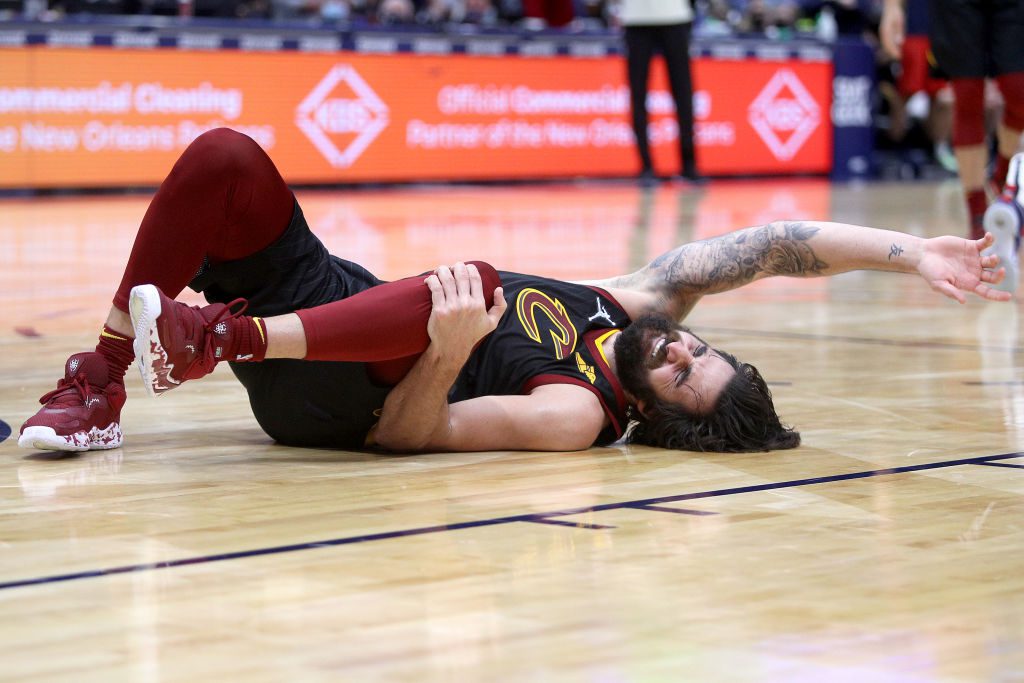 Ricky Rubio has been injured. It happened in the best moment of his career and in a game in which he was signing very good numbers, close to triple-double. From his best nights to injury.

It all happened with two minutes to go, when his knee turned and he had to leave with the help of his teammates. His team lost 108-104 to the New Orleans Pelicans. The moment:

Ricky Rubio was helped off the court after suffering an apparent injury on this play. pic.twitter.com/QuNciWZB2y

It is the same knee with which the anterior cruciate ligament and external lateral ligament were torn in March 2012. Before then Ricky had 27 points, 13 rebounds, 9 assists, 2 steals and 2 blocks. It would have been Ricky’s eighth triple-double in the NBA.

What is known about Ricky Rubio’s injury?

Today they will do more tests and tomorrow we will know specifically the extent of the injury.

Ricky Rubio was averaging 12.7 points and 6.5 assists. At 31, he is in the final year of the three-year contract he signed with the Suns (51 million, 17.8 this season) and will be a free agent next summer.

The new issue of Gigantes magazine arrives in December with an important novelty. Gigantes del Basket and The Ricky Rubio Foundation partner for the launch of the new issue of the magazine, with the Spanish base as the protagonist, and a percentage of the sale of each copy will be donated to the Cleveland Cavaliers player’s foundation. In the coming days it will reach subscribers and kiosks and points of sale.

An agreement that comes a few days after Ricky Rubio receives the NBA Cares Community Assist Award for his social work through his foundation, which fights against lung cancer and promotes sport as a tool for the inclusion and integration of children and young people at risk of social exclusion.

Ricky Rubio is experiencing one of the best moments of his career at this start to the season, with brilliant games wearing the jersey of the Cleveland Cavaliers and his team fighting for playoff spots in the Eastern Conference. In the new issue of Gigantes we analyze from the hand of Andrés Monje how he has gotten there, his current moment, his career and his life beyond the fields, where he has become a benchmark thanks to his interesting reflections and his solidarity actions after the death of his mother.

What else will we find in this issue?

-Cover theme: the trajectory of Ricky Rubio, his current moment, his profile off the pitch, by Andrés Monje
-Interview with Joel Parra, one of the sensations of La Penya and the Endeas League, by Àlex Gozalbo
-Report: how pensions work in the NBA. By Mariano Galindo
-20 years without Mirza Delibasic. A memory of his figure, by Piti Hurtado
-UCAM Murcia and the revolution of the ‘short ones’. Report by José Manuel Puertas
-Piti Hurtado talk with David Blatt. His fight against illness and his best memories
-Music and basketball, parallel worlds. Conversation between David Sardinero and La MODA
-Chichi Creus, legend. Nacho Doria interviews the historic point guard, who just turned 65
-The Irati Etxarri phenomenon. His sensations, his reflections and his progression, by Luis Vallejo
-Vices Small, with Serbian actor Darko Peric, Helsinki at La Casa de Papel
-We speak with Iffe Lundberg. His path to being a European star at CSKA, by Miguel Lois
-Dani Díez, from San Pablo Burgos. Your moment and your process
-Sants: an atypical house. Report by Juan Diego Carrillo on one of the most legendary street basketball courts
-Ricky Rubio, Stephen Curry and María Conde mini-posters