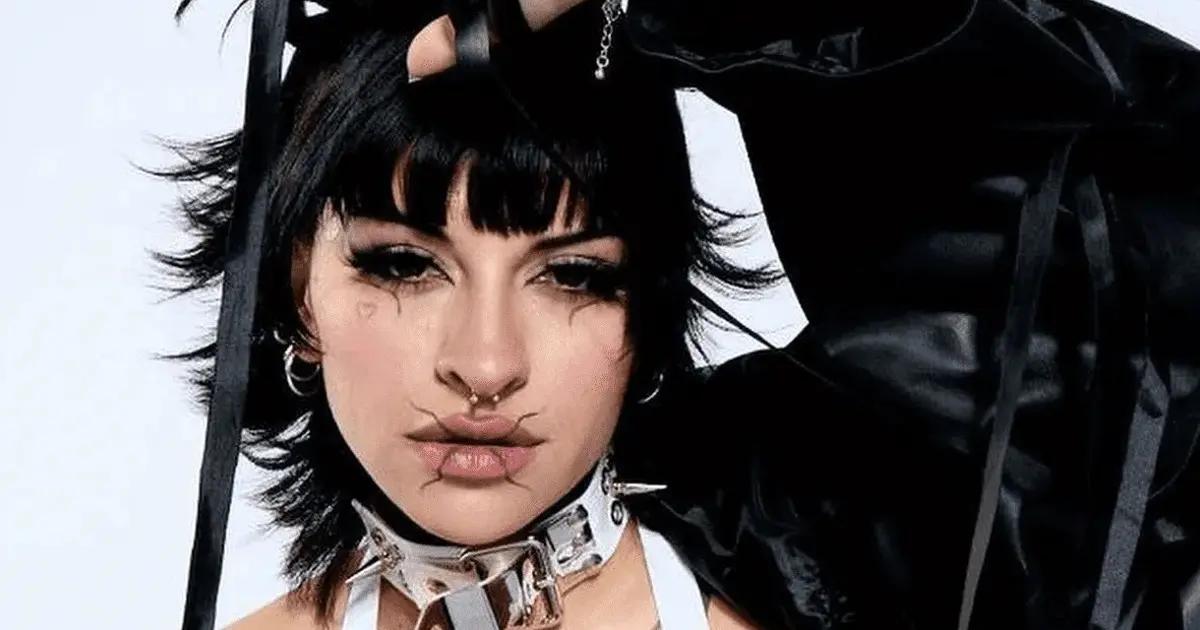 As you may well remember, rapper Cazzu caught the spotlight’s attention when she appeared with an apparently modified face, a situation that set off the alarms of many of her fans, as some claim that the artist has undergone several cosmetic surgeries.

What most caught the attention of the followers of Christian Nodal‘s girlfriend is that the latter looked like a swollen face, such as cheekbones, nose, and lips, and they pointed out that the artist had abused Botox.

“I swear I thought it was someone disguised as Cazzu,” “she doesn’t look like Cazzu,” “what happened to her face,” “did she have surgery or something on her face?”, “That’s not Cazzu. What did she do?” were some comments that circulated on the networks.

Days before undergoing a cosmetic makeover, apparently Botox injections, Cazzu surprised with a modification in her teeth.

Read more: Cazzu was booed during her presentation at Flow Fest because she made fun of Mexico’s defeat to Argentina

The ‘Maleficent’ interpreter shared details of her new teeth, in which some gems were embedded. It is well known that some celebrities undergo this procedure with Swarovski crystals, gold, silver, and opal charms.

So far, Cazzu has not given any statement on the matter, but it is clear that she is still in love with Christian Nodal, with whom they have been in a relationship for some time.

There are even rumors that the singers already share the same roof and have been living together for a short time, but this has not been confirmed either by Cazzu or by Nodal. And after the singer’s mediatic relationship with Belinda, this time, he would prefer to keep the details of his love life to himself.

Cazzu, more in love than ever with Christian Nodal

And speaking of the couple’s love, last August, Cazzu walked the red carpet of the Gardel Awards 2022, which took place in Buenos Aires, Argentina. There, she enjoyed the atmosphere because she could meet with several colleagues. That’s why the rapper broke the silence about her love relationship with Christian Nodal.

In an interview for Hola TV, the famous Nena Trampa, 28, revealed the strategy Nodal used to make her fall in love, as we remember that their courtship began around a wave of rumors.

With a smile from ear to ear, “well, the truth is that in love,” Cazzu answered when questioned about her feelings, which the Mexican composer reciprocated.

About how Christian fell in love with her or if it was love at first sight, Cazzu said: “It was more or less like that, it was a crush,” although she did not reveal the day date when the love affair began.

“Everything about him, he’s beautiful everywhere you look,” Cazzu described what she likes most about her boyfriend, who was also captured that same night on the arm of his mother-in-law.