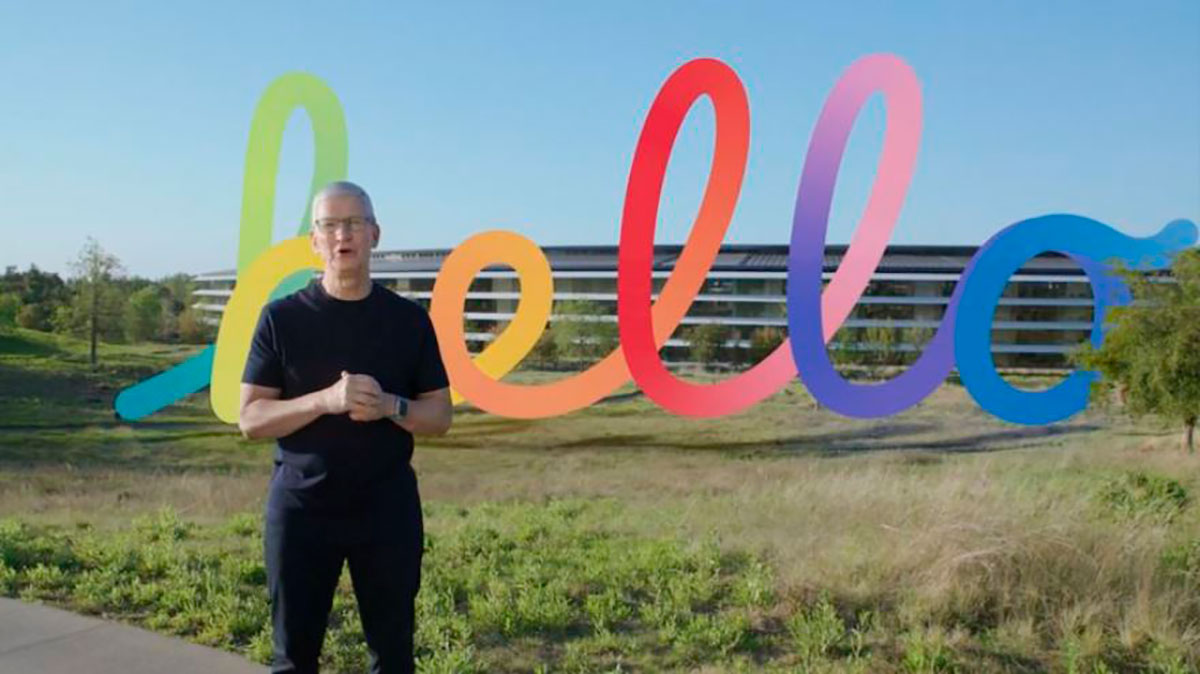 Apple unveiled the long-awaited AirTags and another series of products on Tuesday at the first major event of 2021.

In line with the restrictions due to the pandemic, the presentation was made through a video recording in which Tim Cook, Apple’s CEO, was the host.

One of the main conclusions after seeing the event on Tuesday is that Apple is strongly committed to products that contain the M1 chip, developed by the company itself due to the global shortage of semiconductors.

And the long-awaited tracker was unveiled TOirTag, which will hit the market at the end of April.

Its first significant update in recent years to the iconic desktop computer was also announced. iMacand a new iPad Pro, which has an M1 chip and 5G connectivity.

The so-called AirTags are a highly anticipated product by Apple fans.

They are small discs that can be attached to any object and transmit a Bluetooth signal to a device at home – an iPad or iPhone – to alert the user of their location.

The original tracker, Tile, a rival product, was released after a successful crowdfunding campaign in 2014.

The AirTags will cost US $ 29 and they will be on the market April 30, said Apple’s engineering program director Carolyn Wolfman-Estrada.

They work with all devices containing the U1 chip, including iPhone 11 (released in 2019) and later.

5G comes to the iPad and other updates

Another of Apple’s bets is the new iPad Pro, which will have the M1 chip incorporated, as well as a high-range camera and 5G data connectivity, as explained by the product director, Raja Bose.

The M1 chip will make the graphics performance of the latest version 1,500 times faster than the original, he noted, in a presentation that focused on the graphics of the iPad and the benefits for games.

The new model will also have up to 2 terabytes of storage.

According to analysts at IDC, the tablet market grew in 2020 for the first time in seven years, with sales growth driven by consumers and the education sector during the pandemic.

New super-slim iMacs were also introduced in seven different colors, with Apple’s new M1 chip incorporated and a 24-inch screen with 11.3 million pixels, as well as an improved camera and other updates.

This launch was not exactly an event full of surprises.

The new Macbooks with the M1 chip have received rave reviews, so it was only a matter of time before Apple switched its other products to the new design.

The new iMacs and iPads will be the fastest and most powerful, it would be ridiculous if they weren’t.

It is interesting that Apple also announced its much talked about AirTags.

You can attach it to your keys or to your dog’s collar, anything. If you lose them, you can find them using your phone.

This looks a lot like a product that is already on the market, the Tile, although, at first glance, AirTags appear to have a different tracking system.

This is another example in the long list of cases where large tech companies borrow / copy ideas from smaller companies, and it is these gestures that many legislators dislike.

This release was also interesting so it was not discussed.

It had been speculated that Apple could launch its new transparency tool in the tracking of apps and now we know that the latest version of its operating system, iOS 14.5, is expected next week.

Apple wants to put limits on how companies follow you on the internet on its brand devices. You say you want to protect the privacy of your customers.

However, this Tuesday’s event focused on products.

Apple also announced a new subscription to a platform for podcast, in line with its commitment to the services of streaming, first announced in 2019.

And it showed off a new Apple TV 4K, with a redesigned Siri and HDR remote service.