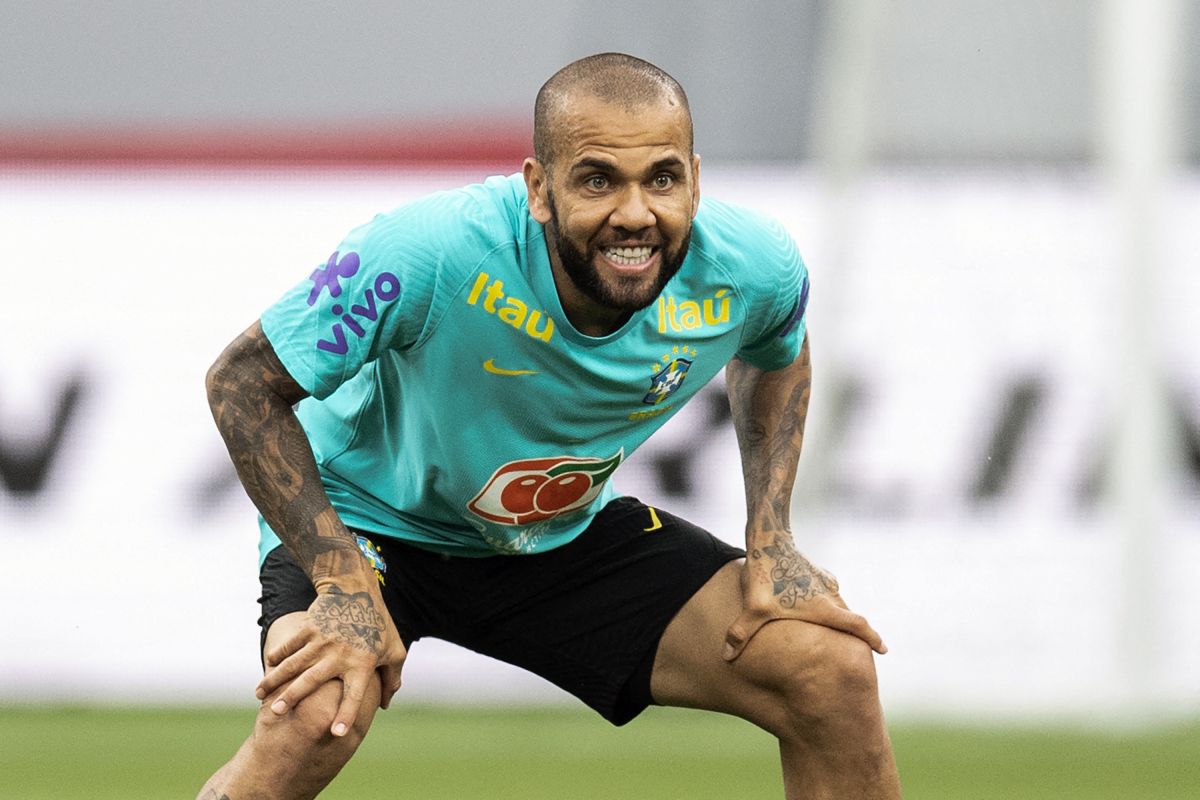 The novels in Mexican soccer do not stop and Dani Alves is the last great protagonistthe 39-year-old Brazilian soccer player has been linked to Pumas in recent weeks, unleashing a wave of comments, rumors and even a lot of anxiety on the part of the university fanatic who longs to see one of the best right backs in the history wearing the jersey of his team.

Faced with this reality and taking into account the age of the legendary Amazon footballer, the question arises: What can Dani Alves contribute to Mexican football? The answer is simple, a lot of quality, maturity and a vision of the game that he has not yet lost and that he showed in the last season that he arrived at FC Barcelona, ​​the club of his loves, where he became a legend.

And despite his age, Dani Alves is very much taken into account by the Brazil coachTité, whom they point to as being largely responsible for the decision that Alves makes regarding his future.

Good level of Dani Alves for the Qatar 2022 World Cup

Recently the DT of Tigres, Miguel Herrera called Dani Alves “little old man” a very daring comment by someone who slipped out of his hands in the Tigres locker room; also taking into account that times have changed and that this type of player continues to provide quality for a more advanced time.

Dani Alves needs a team to get to the Qatar 2022 World Cup in top form and for this he knows that he must stand out in the squad that ends up arriving. He understands that Tité will have his eyes on his performances and that he will make the best decision for Brazil, which is why the winger hopes to be a good decision considering that the next World Cup could be Brazil’s “Last Dance”. the.

Experience and titles in the showcase of Dani Alves

With 42 titles in his showcases, Dani Alves is the footballer with the most trophies in the history of world footballDespite this, his ambition is to continue, despite his 39 years. The World Cup is his dream and he knows that Qatar is his last chance. Alves’ experience could add a lot to Pumas and Mexican soccer in general.

Regarding the media Dani Alves would be a “Bombazo”, after the refusals of Cavani, Luis Suárez and Luuk de Jong. He could be considered one of the best signings in the history of Mexican soccer, because not every day a man with 42 titles behind him would come to Liga MX.

For now and despite his wife’s “Don’t invent” through social networks, the chances of Dani Alves arriving are still valid, despite the fact that some MLS team is interfering with the plans, nothing is certain anyway. The only sure thing is that the fans of Pumas and Mexican soccer in general would receive the Brazilian with open arms.

. Dani Alves will be pampered in Mexico: the former FC Barcelona player would earn $100,000 per game
. Dani Alves, target of Pedregal, what has Pumas from UNAM done to convince the Brazilian?
. Joana Sanz, wife of Dani Alves, denies that it depends on her that the Brazilian reaches Pumas