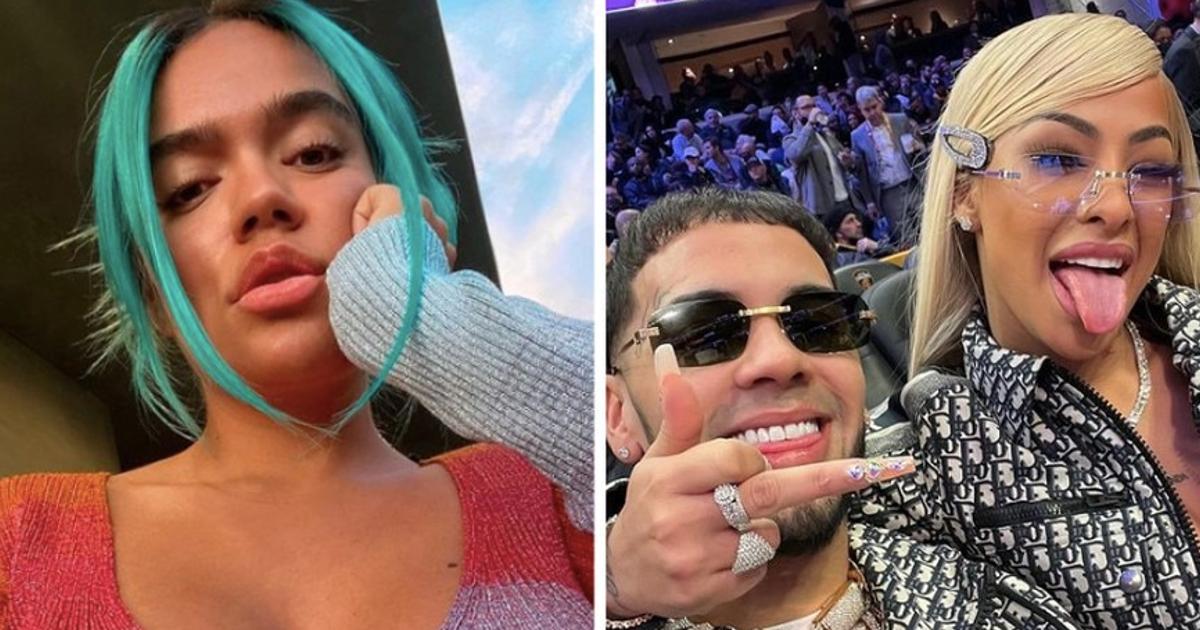 Even though Anuel AA is already married and is expecting a baby with his wife, Yailin La Más Viral, rapper fans assure that he has not been able to and will not be able to overcome Karol G, his ex-girlfriend.

And it is that Emmanuel Gazmey Santiago, better known as Anuel AA, would have thrown himself upside down when revealing the name of his future baby, which could be directly related to Karol G, 31 years old.

It turns out that Anuel AA, 30 years old, and Yailin La Más Viral, 20 years old, chose the name “Cataleya” for their baby.

A publication shared by Yailin the Most Viral ♋️🧿 (@yailinlamasviralreal)

Cataleya, the name of the baby of Anuel AA and Yailin La Más Viral

The couple explained that they chose the name Cataleya based on the movie “Colombiana,” directed by Olivier Megaton and starring Zoe Saldaña, 44.

Whose story focuses on a young woman named Cataleya, who, as a child, witnessed the cold-blooded murder of her parents, for which she leaves Bogotá thirsty for revenge, changes her name, and trains to avenge her family despite the warning from his uncle.

“I have a princess now, she’s on her way and her name is going to be Cataleya, like in the movie ‘La Colombiana’ where the Dominican actress Zoe Saldaña was. She’s a legend, she’s a warrior in that movie and my daughter is my princess, but she’s going to be a warrior too.”

However, fans do not believe it because they assume that the ragpicker chose that name. After all, it is Karol G’s favorite flower, who, of course, has used Cataleyas in her presentations to decorate her hair.

What is a “cataleya,” an orchid that Karol G used and inspired the baby name of Anuel AA and Yailin La Más Viral?

Cataleya is an orchid that also goes by the name Catleya or Cattleya. This flower is emblematic of Colombia.

Whoever chooses the name Cataleya does so because it means “beautiful flower” and/or “divine flower.”

Just as it is said that whoever has this name has a sensitive and understandable personality, with a high tolerance for pressure and calm.

Cataleya is what the first daughter of Anuel AA and Yailin La Más Viral will be called, the couple that in recent months has been in the eye of the hurricane and is that the rapper was related to another woman.