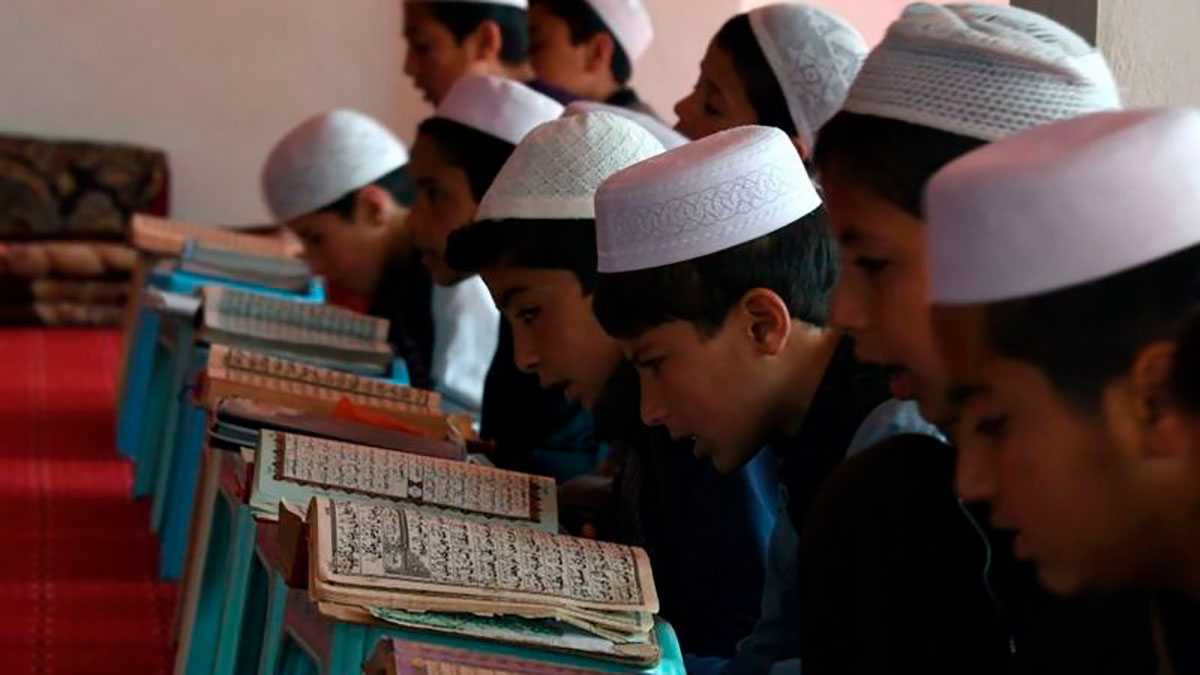 The rights of women in Afghanistan will be respected “within the framework of Islamic law.”

This was stated by the Taliban in the first press conference given by the Islamic fundamentalist group on Tuesday after retaking control of the country on Sunday.

It is a statement that seeks to appease the fears of many Afghans, but in particular of women, who saw their rights completely curtailed during the Taliban rule (between 1996 and 2001), which imposed a strict and radical version of the law. Islamic law or sharíto.

During that time, stoning of the women accused of adultery as well as the bloody corporal punishment for both men and women who broke the law.

Women were also not allowed to work or circulate alone on the street, and girls over the age of 10 were prohibited from attending school.

But what does sharia say and what does the application of its principles mean in practice?

Sharia is the Islamic legal system. In Arabic, it literally means “the clear path to the water.”

As a whole, it is a code of conduct what determines all aspects of life of the Muslims, with norms that affect from the prayers to the fasts or the donations to the poor.

For example, a Muslim who lives in a secular country and does not know what to do if a colleague invites him for a drink after work – alcohol is prohibited in Islam – may turn to a Sharia scholar for advice, for advice. make sure you act within the legal framework of your religion.

Other areas of daily life in which Muslims may turn to sharia for guidance include family law, finance, and business.

It is based on a combination of sources: the Koran (the central text of Islam), the teachings and conduct of the prophet Muhammad, and the fatwas (the legal pronouncements of Islamic scholars).

Its aim is to help Muslims understand how to conduct themselves in daily life according to God’s wishes.

There are many versions of the sharia and its implementation varies greatly in the Islamic world.

It can be the system base judicial in Islamic countries where the state is not secular and where the Koran practically becomes the constitution; other constitutions may only incorporate aspects of sharia, or it can just be a guide for the private actions of Muslims in secular countries.

“In the constitutional texts of some Muslim countries, sharia appears as the fundamental basis of jurisprudence; that is, no decision can be taken that is against sharia, as in the case of the states that we would call more fundamentalist, such as Saudi Arabia and Iran and now the Afghanistan of the Taliban, ”Ignacio Gutiérrez explained to BBC Mundo. de Terán, director of the Department of Arab and Islamic Studies and Oriental Studies at the Autonomous University of Madrid.

Furthermore, the interpretation of these principles differs greatly depending on what school of jurisprudence is concerned.

The main ones are six (four Sunnis and two Shiites) and the Taliban are part of one of the Sunni currents (some link them with the Hanafi, although others consider that they are closer to the Hanbali), which they have transformed and adapted from its own form, making it more extreme and literal.

Namely, there is not one sharia but many versions of the sharia.

“There are a series of basic norms taken from the Koranic messages that are literal, such as the one that talks about adultery, where all [las versiones] they are going to say that it is forbidden, since it is one of the great capital sins like the ‘you shall not kill’ in the Bible ”, points out the expert.

But the sharia may differ in what is not so explicit in the Qur’anic text or prophetic traditions, such as how to interpret how is it punished. The very rigorous ones are inclined towards the maximum punishment ”, he adds.

The role of women

One of the several concerns expressed by women in Afghanistan has been access to education.

Again, the restrictions imposed by the Taliban on this front will not depend on the sharia as such, but on its interpretation.

In fact, Simon Perfect, a researcher at the London-based Theos think tank, explains to BBC Mundo, “Education is seen as something truly important in Islam, and Muslims are encouraged to seek knowledge and that applies to both men and women ”.

“It is important to note that for centuries Islam was far ahead of Christian Europe in terms of rights. Since the beginning of Islam, Muslim women had the right to own property, something that did not happen in Europe until around 1800, ”she says.

“That’s why there were many academic muslim women who played a very important role in shaping the tradition ”, he adds.

Covered from head to toe

The same is true of clothing: while tradition dictates the principle of modesty For both men and women, in practice, each interpretation of the sharia reaches different conclusions about how both should dress.

In some countries it is understood for women that dressing in demure form it is covering one’s head or face with a veil.

A literal and extreme interpretation means the obligation to carry the burkto, which covers the woman from head to toe.

The same in the case of men, where a more extreme interpretation forces them to leave the beard and show only the feet, hands and face.

“In authoritarian regimes it is not a matter of personal decision, women are clearly expected to dress very conservatively,” explains Perfect.

“Men are also expected to dress modestly. Some go further and stain the Pubbto red, as the prophet was believed to use it. He does it by imitation, as an act of devotion ”.

“Everything is sharia”, insists Gutiérrez de Terán “It is that there is a rigorous sharia of the Taliban and others less rigorous. But it is the same sharia ”.

What are some of the harshest punishments?

Sharia divides crimes into two general categories: crimes hadd, which are serious offenses with established penalties, and crimes tazir, where the punishment is left to the discretion of the judge.

Among the crimes hadd include theft, which can be punished with amputation from the hand of the offender, and adultery, which can mean the death penalty by stoning.

Stories abound of women being stoned to death accused of adultery or subjected to cruel corporal punishment at a time when the Taliban controlled most of Afghanistan between 1996 and 2001.

However, various Islamic organizations have argued that there are many safeguards against punishments for adultery and that the evidence has a great weight in the application of sanctions hadd.

“There is a high level of evidence that must be presented before this punishment can be imposed: four witnesses they must observe the actual act of penetration, “said Asma Afsaruddin, professor of Islamic Studies and former president of the Department of Near Eastern Languages ​​and Cultures at Indiana University, USA, in an article in The Conversation in 2017.

“Even in this age of voyeurism, it would be nearly impossible to meet this criteria. Therefore, the prescribed punishment for adultery it was hardly ever carried out in the premodern world ”.

This, the academic adds, contrasts with the “brutal stoning that have been carried out in the modern world in a handful of Muslim-majority countries.”

“From my point of view, due attention was not paid to the rules of evidence (…). In many of these cases, politicians who want to appear Islamic are asking modern jurists – who are very little training in classical Islamic law and do not understand the principles sharia – to implement ‘Islamic punishments’ ”.

For its part, the UN has said in reference to death by stoning that “constitutes torture or other cruel, inhuman or degrading treatment or punishment and, therefore, is clearly prohibited ”.

It should be noted that not all Muslim countries adopt or apply this type of punishment in the case of serious crimes.

How do you arrive at a sentence?

Like any legal system, the sharia is complex and its practice depends entirely on the quality and training of experts.

Islamic jurists offer recommendations and rulings. The recommendation that is considered a formal legal decision is called fatua.

The decisions and recommendations will depend on the school from which the jurists come.

But, in addition to the legal school, there is another factor that influences the interpretation and application of sharia.

“In the sharia that the Taliban have developed, the tribal codes of the Pashtuns (an ethno-linguistic group) also weigh in, which are above all patriarchal, and that is why women are relegated there so much.”

During the first press conference, the Taliban assured that women will be able to continue going to school and work, although they did not elaborate on what this statement means in practice.

It will have to do with the passage of time, how much of these promises will come true.