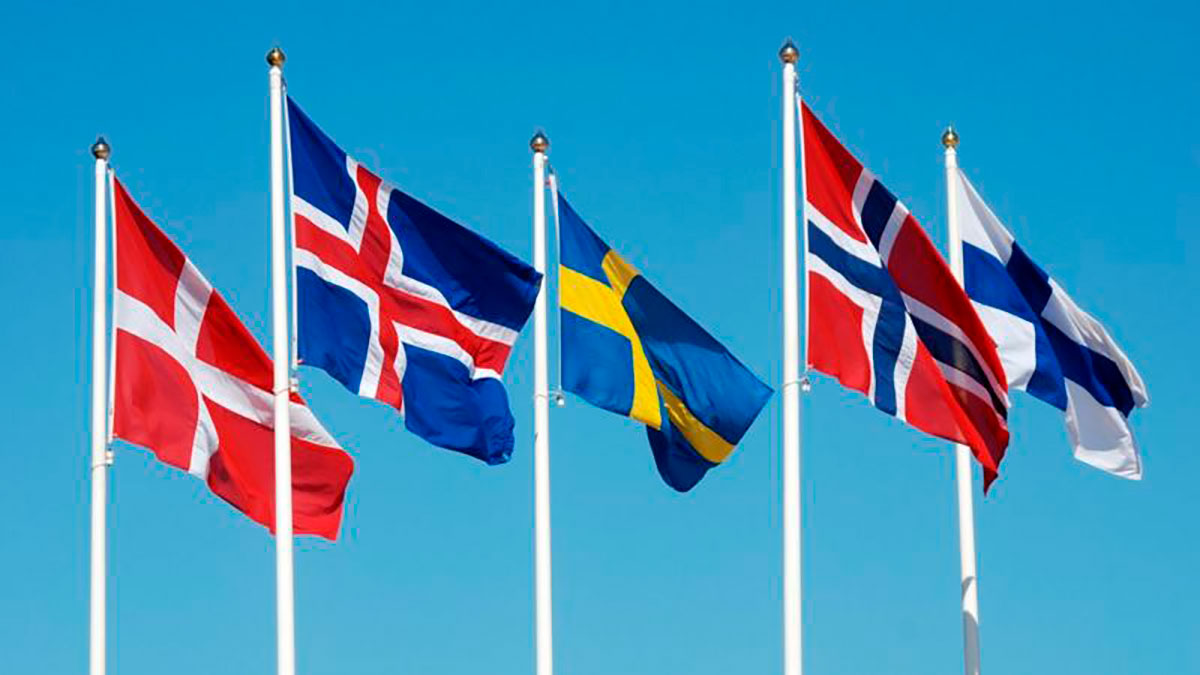 With the victory of this 61-year-old millionaire born in Oslo, Norway is no longer the only Nordic country with a conservative government and now all the nations in the region will have social democratic governments.

It is the first time in more than 60 years that the left has ruled in the five Nordic countries (Denmark, Finland, Iceland, Norway and Sweden), admired both for their economic indicators and for their broad social well-being.

For decades they have registered high levels of wealth per capita, low inequality and today they are the five countries (along with Switzerland, Germany and the Netherlands) where people are happiest, according to the United Nations Global Happiness Index published this year.

And also today they seem to share their love for social democracy.

For Haldor Byrkjeflot, a professor of sociology at the University of Oslo and an expert on the Nordic countries, this new “left hegemony” is a consequence of the resurgence of the popularity of the so-called “Nordic model” in the region.

“Almost all the parties support it, but it cannot be denied that the Social Democrats have been key (for the development) of the Nordic model,” Byrkjeflot tells BBC Mundo.

The expert points out that with the COVID-19 crisis there is much more emphasis on reducing inequality that has been growing since the pandemic began and that is one of the reasons that has driven the return of the left. 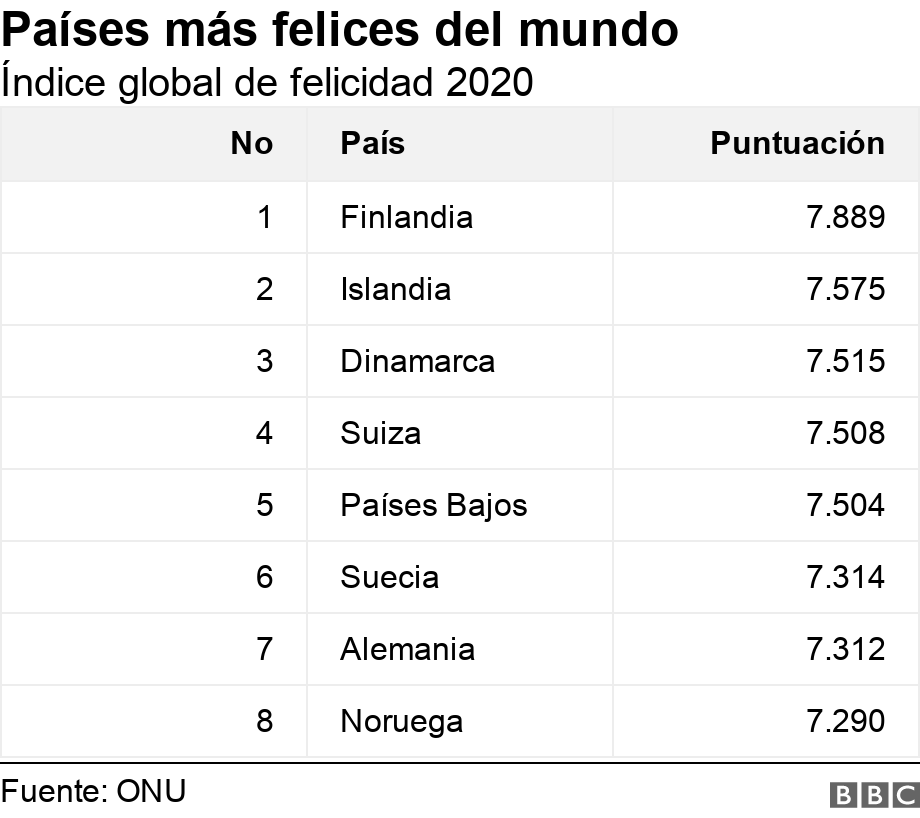 The Nordic model emerged as a response to the crisis of early 1930s, under the leadership of social democratic governments, but began to gain strength during the great economic and social depression that left the Second World War.

It revolves around a large welfare state that promotes social mobility and a multilevel collective bargaining system. It can be said that its key feature is social collaboration.

“The Nordic model is based on cooperation between unions, employers and the state,” explains Haldor Byrkjeflot.

According to the Norwegian sociologist, the joint work between these three forces explain good equality indicators in Nordic societies. 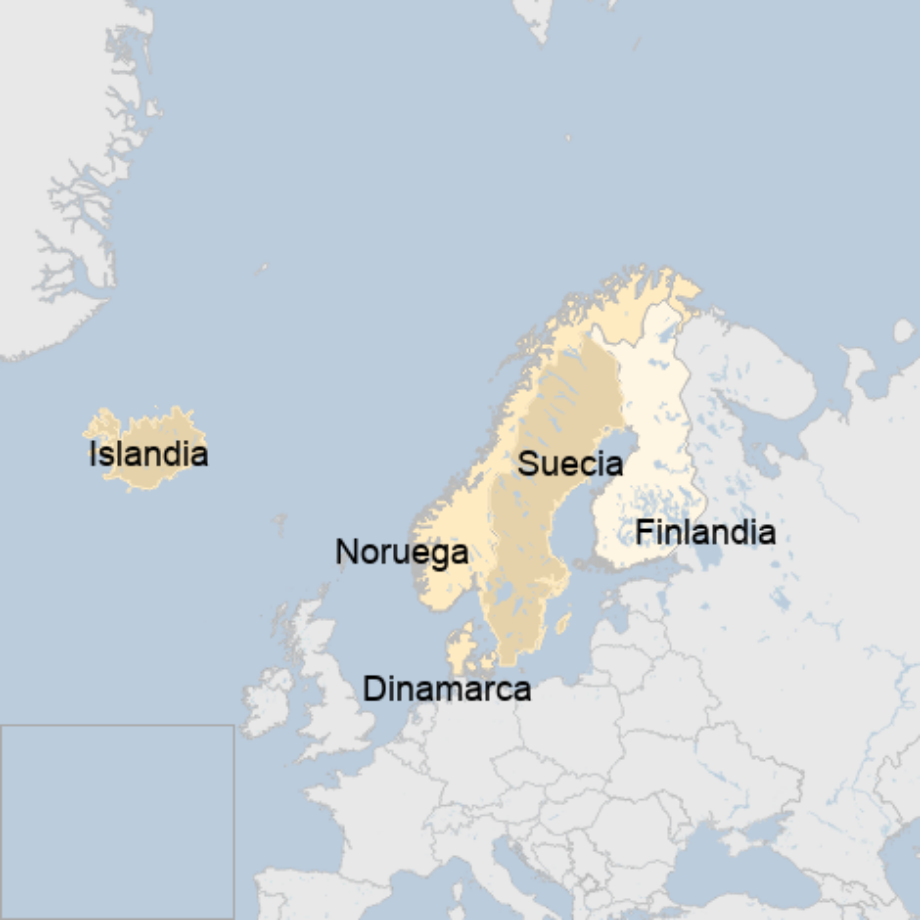 Some, like former Danish Prime Minister Lars Løkke Rasmussen, would like to remind that the Nordic model does not mean that the countries of the region are socialist.

“I know that some people in the US associate the Nordic model with some kind of socialism (…) Denmark it is far from being a socialist economy. Denmark is a market economy, ”he said in a speech at Harvard’s Kennedy School of Government in 2015.

For many experts, it is more appropriate to describe the Nordic countries as social democracies.

A reaction to “right wing politics”

Johan Strang, professor at the Center for Nordic Studies at the University of Helsinki, points out that for decades Europe and the Western world have been “enjoying and suffering the pros and cons” of neoliberalism.

“Social benefits have been reduced, some social welfare services have been privatized, public property has been sold,” the Finnish academic tells BBC Mundo.

“The turn to the left is probably a reaction to all this and a form of criticism of the policies that the right-wing governments have implemented.”

The particularities vary depending on the country.

In Finland, privatizations are criticized and reforms are called for in the mixed, private and public health system, while in neighboring Sweden dissatisfaction with the shortage and high house prices, as well as by segregation in schools, where the wealthiest tend to be able to choose the centers where their children go.

“And in Norway people on the outskirts of cities complain that they have been abandoned by right-wing governments,” Strang notes.

Going back to its roots

After eight years under a conservative government, the Norwegian left returned to power promising a reduction in taxes for low- and middle-income families.

In addition, they pledged to end the privatization of public services, to give more money to hospitals and obligate the richest to pay more taxes.

And with that agenda he won overwhelmingly: the Labor Party and its two left-wing allies won 100 of the 169 seats in Parliament.

The campaign targeting “ordinary people” paid off, as did “A Better Sweden. For all ”in 2014.

The election results show that the idea of ​​a government that represents “the common people” seduces again to the Nordics.

Strang estimates that, despite the fact that the Nordic model had been “neoliberalized” in recent decades, it seems to be returning to its roots. “But it is still too early to say it,” he clarifies.

With a more politically homogeneous Nordic region, one might think that the countries are going in the same direction.

But experts agree that this is difficult to predict.

“It helps that the countries have social democratic governments, but from a historical point of view, many times left-wing politicians in the region have strong personalities, which clash, and they end up not getting along very well“Recalls Strang, from the University of Helsinki.

This was the case of the Social Democrats Paavo Lipponen and Göran Persson, who led Finland and Sweden respectively in the early 2000s. The differences between the two leaders were manifold and they made no effort to hide them.

Left-wing parties in Nordic democracies also stand out for their pragmatism and flexibility: adapt their policies over time and according to your needs.

While the Social Democrats in Denmark have turned anti-immigration, in Sweden and Norway they have a “more humanistic” approach, recalls Byrkjeflot of the University of Oslo.

A long social democratic era on the way?

Currently the Nordic political system, as in all of Europe, is in crisis and the issue of immigration management and the treatment of migrants sparks great debates.

Traditional parties are finding it difficult to win over the electorate and, at the same time, small parties – and in some with a more “extreme” right or left ideology – are doing better than usual.

Although the Norwegian Labor Party won the last elections, it is thanks to other smaller parties of the left, environmentalists and socialists, who will manage to form a government.

Many wonder how long the social democratic hegemony will last in the Nordic countries.

It could be over very soon. On September 25, Iceland will hold its next legislative elections.

Polls predict that nine parties will win at least one of the 63 seats in Alþingi (the Icelandic Parliament) so there will be a very diverse picture.

And to govern, a majority – right or left – will have to form a coalition.

“It cannot be taken for granted that we have a long social democratic era underway,” says Haldor Byrkjeflot.

But those who had predicted the end of social democracy You have mistaken“.