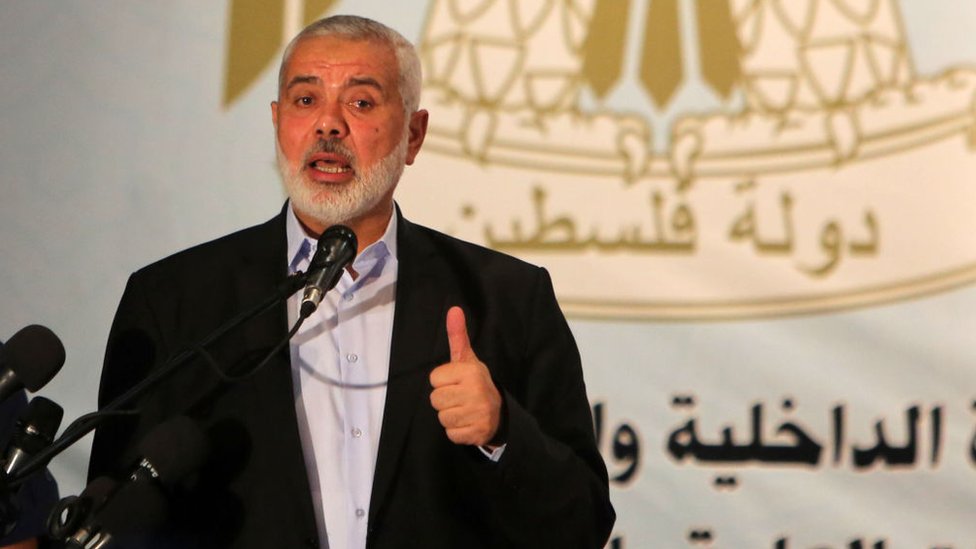 It was a brief conflict, but the intensity of which generated alarm and concern throughout the world.

In May 2021, the Islamist group Hamas and the Israeli Army (IDF) staged a tough confrontation that lasted for 11 days.

In that period, armed groups launched more than 4,300 rockets from the Gaza Strip towards cities and towns in central and southern Israel, while the IDF carried out some 1,500 aerial bombardments on that densely populated Palestinian territory, according to figures from a report by the ONU.

Israel’s actions left a fatal toll of at least about 230 deaths, including 130 civilians; while rockets fired by Palestinian groups killed 13 people in Israel and – by accident – some 15 Palestinians in Gaza.

The conflict arose out of tensions generated by violent clashes between Israeli police and Palestinian protesters in a place in Jerusalem that is sacred to both Muslims and Jews.

At that juncture, Hamas began firing rockets on Israeli territory and Israel responded with bombardments on the Gaza Strip.

The hostilities came to an end with a ceasefire agreement that has largely been maintained despite small-scale attacks such as the November assassination of an Israeli tour guide in Jerusalem by a militant Palestinian teacher from Hamas.

BBC Mundo tells you about four changes that have occurred since then in the pulse between Israel and this Palestinian Islamist group.

The conflict in May ended with extensive structural damage in Gaza, including the damage to some 1,000 homes that were destroyed or damaged.

Despite this, Hamas proclaimed itself the winner of the conflict. And, at least in terms of Palestinian public opinion, it was.

A survey conducted in June by the Palestinian Center for Policy and Survey Research (PCPSR) revealed that three-quarters of the Palestinians believed that this organization had been victorious in his clash with Israel.

More importantly, the poll found that 53% of Palestinians considered that Islamist movement was the group that “most deserved to represent and lead” the Palestinian people, well ahead of Fatah, the party led by the president of the Palestinian Authority. Mahmud Abas, who only achieved 14%.

That result put Hamas ahead in its historic pulse with Fatahfor the Palestinian leadership.

However, a PCPSR poll conducted this December showed that much of the popularity achieved by Hamas after the May conflict had declined significantly, and now only 34% believe that this Islamist group deserves to lead the Palestinians, while 23% leans towards Fatah.

According to the pollster, these results reflect a “clear disappointment with the Hamas leadership” compared to six months ago.

2. More work for the Palestinians …In Israel

The unemployment rate in Gaza is over 40% and those who want to escape from that reality do not have it easy.

Multiple factors make economic conditions in that territory very difficult, including the strict border controls exercised by Israel and Egypt that limit the ability of Gazans to make a living outside the strip.

So when rumors spread in October that Israel would grant more work permits to Gazans, thousands of them turned up to apply.

Since the end of the conflict in May, the Israeli authorities began to once again issue work permits for Gazans, the number of which gradually increased based on security considerations, but also in response to the state of relations with the Palestinians.

This gesture was interpreted by the experts as a sign of the will to preserve the fragile calm that exists in the region.

But it is not the only one: Israel also expanded the fishing zone in which Gazans can fish, is facilitating exports from the Strip and in November authorized the reactivation of the monthly transfers of about US $ 30 million that the Qatari government gives to Hamas.

On December 7, Israel announced that it had completed the construction of a “smart” barrier around its border with Gaza.

The device, which includes an underground wall, fences, sensors, radars and even a maritime barrier, It was designed after in the 2014 war, Hamas militiamen managed to surprise Israel’s troops by crossing the border through underground tunnels.

The “smart fence” is 65 kilometers long and six meters high. The Israeli authorities have not disclosed the depth of the underground wall.

Israel’s Defense Minister Benny Gantz celebrated the completion of the device as a way to deprive Hamas of a mechanism they were using to attack Israel.

Critics of the wall, however, claim that its construction only serves to confirm Gaza’s status as “the largest open-air prison in the world.”

Since the end of the conflict, Hamas and Israel have held indirect negotiations which, with the mediation of Egypt, have allowed the ceasefire to be kept in force.

The objective is to achieve a lasting truce, for which each side has its demands.

On the Palestinian side, apart from easing restrictions on the free movement of goods and people, the central objective is push for the rehabilitation of Gaza, a project that could cost almost $ 500 million, according to a report by the World Bank, the UN and the European Union.

According to the Israeli press, in addition to security guarantees, the government of that country is committed to achieving a prisoner exchange in which Hamas will release Avera Mengistu and Hisham al-Sayed, two civilians with a history of mental problems, and hand over the bodies of soldiers Hadar Goldin and Oron Shaul, captured and killed by Palestinian militants in 2014.

The negotiations indirectly involve numerous countries, since potential donors for the reconstruction of Gaza, including the United Arab Emirates, Qatar or the United States, among others, have also established conditions for the delivery of funds.

Recently, indirect dialogue between Israel and Hamas It seems stagnant due to differences between the parties regarding the eventual exchange of prisoners.

In what is interpreted as a sign of dissatisfaction with the progress of the negotiations, Palestinian militant groups held military exercises on December 15.

Various media in the region have published statements attributed to Hamas spokesmen who accuse Egypt of unnecessarily delaying the process of rebuilding Gaza, with a view to obtaining greater concessions from that Islamist group.