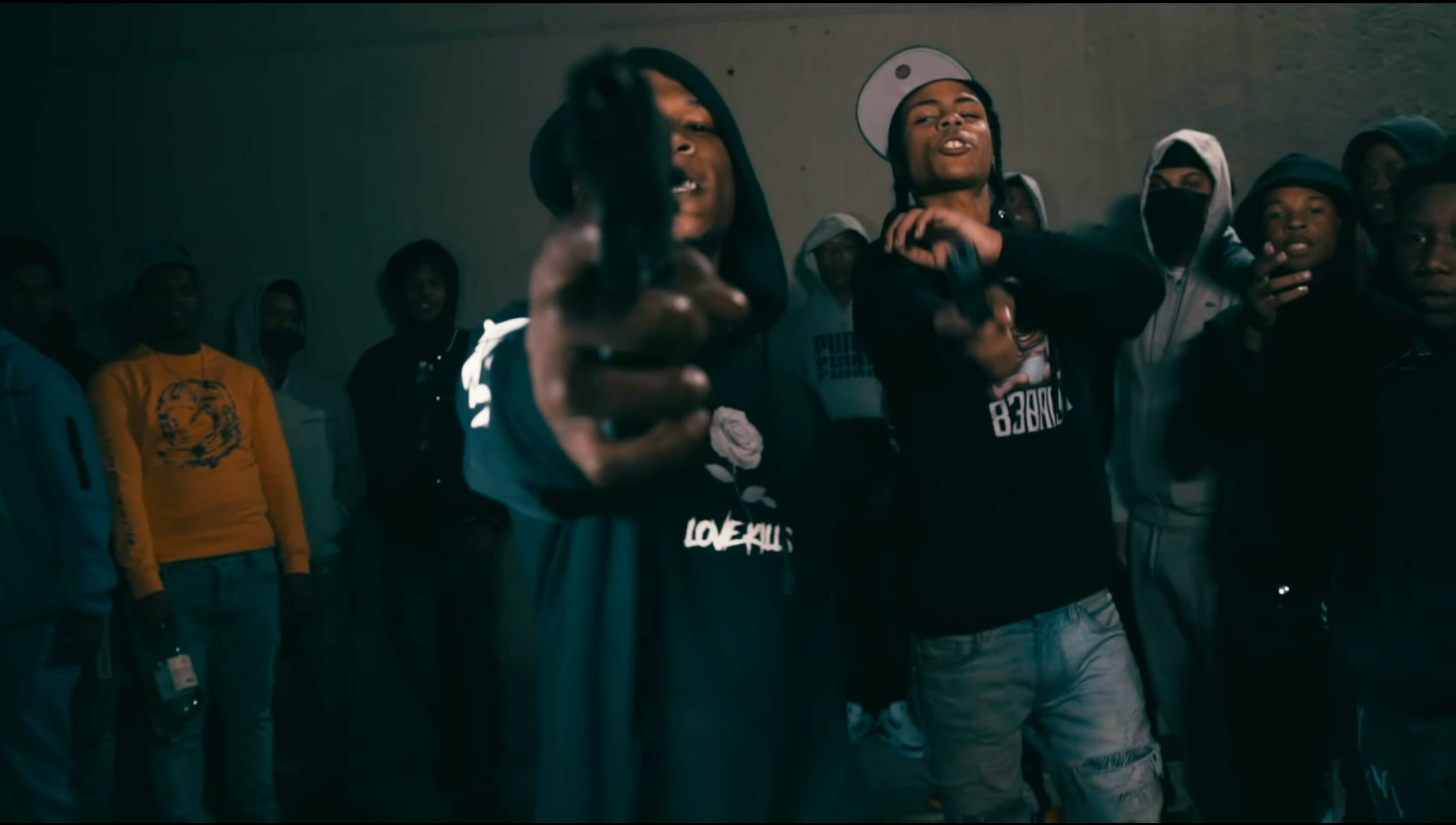 Just a week ago Jayquan Mckenley, an 18-year-old rapper known as Chii Wvttz, was shot dead in an ambush outside a recording studio in Bed-Stuy, New York.intensifying the pressure that the authorities have put on the particular musical genre that he interpreted: Drill Rap.

This genre began to brew in Chicago about 13 years ago, with artists like Pac Man, who was shot to death in 2010 at the age of 25, and King Louie, whose lyrics were loaded with the experiences lived in the violent worlds where they grew up.

The Drill Rap rappers are gaining popularity in part due to their flashy videos, which they show young thugs wielding guns, spending money and smoking joints, who have no problem attacking their rivals.

Violent contexts, weapons, gangs, the war between rappers, drugs, and the hardness of the streets are not new topics in Rap, on the contrary, the so-called “Gangsta Rap” has been going on for decades, and the war that divided the US east and west coasts, which had Tupac Shakur and Biggie Smalls (The Notorious BIG) as its main protagonists and ended up causing the death of both in still unsolved shootouts, had caused enough controversy to raise a wave of prohibitionist censorship on this type of “urban poetry”.

For Rovaun Pierre Manuel, former manager of Chief Keef, the biggest name in drill, the genre emerged as a way for inner-city kids with rap star ambitions to convey their experiences through videos filled with guns and explicit lyrics, delivered with deadpan vocals and aggressive drum beats.

The initiators of music, Manuel told The New York Post, “they were in the gang world. That gave them a kind of authenticity that other rappers didn’t have. Music did not create violence. Violence created music.”

In the words of Soren Baker, author of the book “The History of Gangster Rap”, Drill is an evolution of that genre, which brings rap into a context of modern violence.

“Drill is basically gangster rap fueled by problems and social media tactics,” Baker said. “They are real-time reactions to music and violence. Artists have been killed because they say, ‘I have a problem with this person and this is where I am.’ The efficiency of releasing these songs, with their real-time taunts, “leads to violence happening.”

And this is precisely the problem that has the authorities of the city of New York worried, to the point that its mayor, Eric Adams, is calling for social media platforms including TikTok, Instagram and Facebook to stop using this music in their posts, It maintains that gender not only promotes violence, but has actively contributed to the increase in shootings in the city.

“We took Trump off Twitter because of what he was saying,” Adams said. “However, we are allowing the music, the display of weapons, the violence. We are allowing it to remain on these sites.”

His censorship proposal refers not only to the Trump case, but to the restrictions that the United Kingdom placed on the British rapper Digga D, sentenced in 2018 to a year in prison for his role in planning a violent gang attack. Since then, the British rapper must hand over transcripts of all his song lyrics to English authorities before he is allowed to release them.

“Recently, we’ve had a series of shootings in Brooklyn that are directly related to rap. The rappers appear on Facebook Live and Instagram Live, and are poking fun at their rivals in rival gang territory, saying, ‘Here we are. Come find us. If we see you, we’re going to shoot you’”Gonzales said in an interview for Fox News.

Essig, for his part, highlights that the music and exposure of these rappers on social media is directly related to the growing violence on the streets of New York.

He cites the case of Bobby Shmurda, a pioneer of the genre who was imprisoned for seven years after he and members of his group GS9 were charged with murder, drug trafficking and other crimes in Brooklyn in 2014.

“(Shmurda’s songs) are almost like a real-life document of what (GS9 members) were doing on the street,” Detective Essig said about it.

And it may not be untrue because in one of the rapper’s songs he sings: “We’re going to pull up on that hoop like we’re cops on them / With M16, we’re going to shoot him.” At that time, his group, the GS9, became known for shooting randomly into crowds at nightclubs in New York and Miami.

But not everything in this case is an ode to censorship, the counterparts emphasize that trying to silence this type of rap is a losing battle that starts from the wrong approach and does not solve the root problem.

“Censoring music is a distraction”, said Kenneth Montgomery, who helped represent Shmurda in the rapper’s criminal case, in which he pleaded guilty to conspiracy and weapons charges in 2016. “The complications of Bobby’s life had to do with the community he grew up with. The music reflected what he saw in the community.”

But the victims and perpetrators associated with Drill Rap continue to apply themselves in a relationship of presumed causality that is difficult to ignore.

According to Lou Savelli, an expert on gangs and gang culture who was the first supervisor of the New York Police Department’s Gang Unit, music and violence go more hand in hand than rap advocates would like to acknowledge. .

“I was watching a shooting,” Savelli told the New York Post, “someone had mentioned that a rapper had shot someone for one of his songs.”

Although Savelli acknowledged that “Not all boys who are rappers are violent”, explained that “His style is tough, it’s about identity. Act tough and talk tough in your videos. It’s about being recognized. They put all their garbage on social media. Some of the groups are selling drugs.”

Savelli talks about this type of ral focusing on “calling out or disrespecting another neighborhood or team or another rap group.”

When this type of bullying is combined with social media, as Mayor Adams pointed out, the cocktail can be combustible or even deadly.

On January 27, a rapper going by the name Nas Blixky (real name: Nasir Fisher) was shot outside a Brooklyn warehouse in the Prospect Lefferts Gardens neighborhood. In the video for his song “PG 16″, in which he puts down a rapper of the same name, Blixky is seen pointing a gun at the camera. PG 16 has not been linked to the shooting. This came less than two years after his rap teammate Nick Blikxy was shot and killed in the same neighborhood.

Last December, 18-year-old rapper Kay Flock was charged with murdering a 24-year-old man outside a barbershop on West 151st Street in Manhattan. The disagreement was said to be gang-related.

Another victim was rapper TDott Woo (born Tahjay Dobson) from Canarsie, Brooklyn, who He was fatally shot in the head last month just after signing with the Million Dollar Music label.

As to whether or not these flesh-and-blood tragedies will lead to toning down or outright banning of Drill Rap videos from social media is uncertain, but the past has taught that these crusades for censorship, as seemingly justified as they may be. They are usually lost causes.

In the words of Chief Keef’s former manager: “Good luck with that. The violence in the Drill Rap videos is what sells. It’s what everyone wants to see.”

Six injured in shooting outside rap concert in Oregon