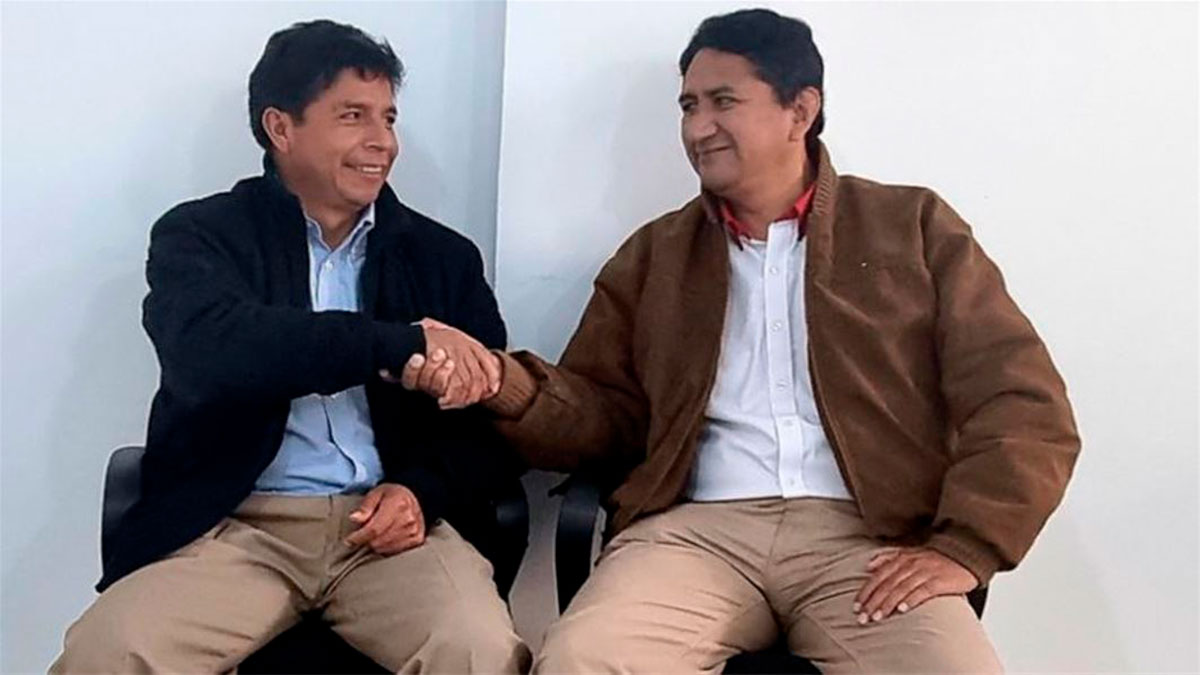 An investigation that emerged in 2019 in the Junín region, in central Peru, threatens to be the first major judicial headache for the new government of Pedro Castillo.

Last Friday, prosecutor Richard Rojas expanded the money laundering investigation to include the current prime minister, Guido Bellido, already Vladimir Cerrón, the leader of the Peru Libre party, to determine the origin of the money that financed the campaign that brought Castillo to the presidency.

The money laundering case began as a result of the case “Los Dinámicos del Centro”, an investigation that began in 2019 in Junín to identify an alleged organization entrenched in the Regional Directorate of Transport and Communications (DRTC) of the regional government that would have financed through the issuance of driver’s licenses.

Cerrón, who was governor of Junín from 2011 to 2014, responded on his Twitter account that “the legal media lynching”Will not bend him or his party:

“Peru Libre forged us in steel, we will never renounce our principles, we will put our chests on the bullet, our identification with the people is loyal and surrender is prohibited.”

One more for the chase… https://t.co/84rnhoryAQ

The constitutional lawyer Luciano López explained to BBC Mundo how the evidence obtained in the investigations in Junín generated a new cause of money laundering at the national level.

“In Peru we have a circuit, at the fiscal and judicial levels, which is the corruption of officials, but as the first investigations showed reasonable indications that these criminal acts generated funds for proselytizing activities, this money laundering investigation was opened ”.

“This has made an issue that at first glance sounds like something local transcends a national perspective, because it means that funds came from there that could have raised a party to the presidency of the Republic,” he added.

On June 30, 2021, 24 days after the second electoral round in which Castillo defeated Keiko Fujimori, the Huancayo provincial prosecutor, Bonnie Bautista, included Cerrón in the investigation into “Los Dinámicos del Centro.”

Bautista attributes to the leader of the ruling party having had knowledge of this corruption network and having covered it up in order to finance their political activities.

For his part, the prosecutor Rojas, in charge of the money laundering cause, considers that, in addition to financing the electoral campaigns, this money was used to face compensation of the corruption conviction that Cerrón has in force and that prevented him from being a candidate for electoral office by his party.

Rojas also included more people in the investigation – such as Prime Minister Bellido and Waldemar Cerrón, Vladimir’s brother, congressman and spokesman for Peru Libre – and the ruling party as a legal entity.

“I believe that a quite serious flank is opening that can shake the foundations of the government itself that has just been installed,” said the constitutional lawyer López.

From Junín to Lima

In addition, in recent days, the national superior prosecutor of the anti-corruption system, Omar Tello, ordered that this case in which Vladimir Cerrón is being investigated, be transferred to Lima, despite the fact that it had initially been decided that it should remain in Junín.

Tello said that at first the possibility of transferring the case to the capital was denied because the “national repercussion” argument was not properly supported.

Faced with this first decision, the anti-corruption attorney, Javier Pacheco, had warned that the investigation would have an impact, since “the political party Peru Libre and the 2020-2021 presidential campaign are compromised, and the financing of the political party is in question. to which ours belongs highest national authority“.

These judicial decisions, attributed by Vladimir Cerrón to a political persecution, come when President Castillo’s Council of Ministers is still pending to go to Parliament to ask for the investiture vote.