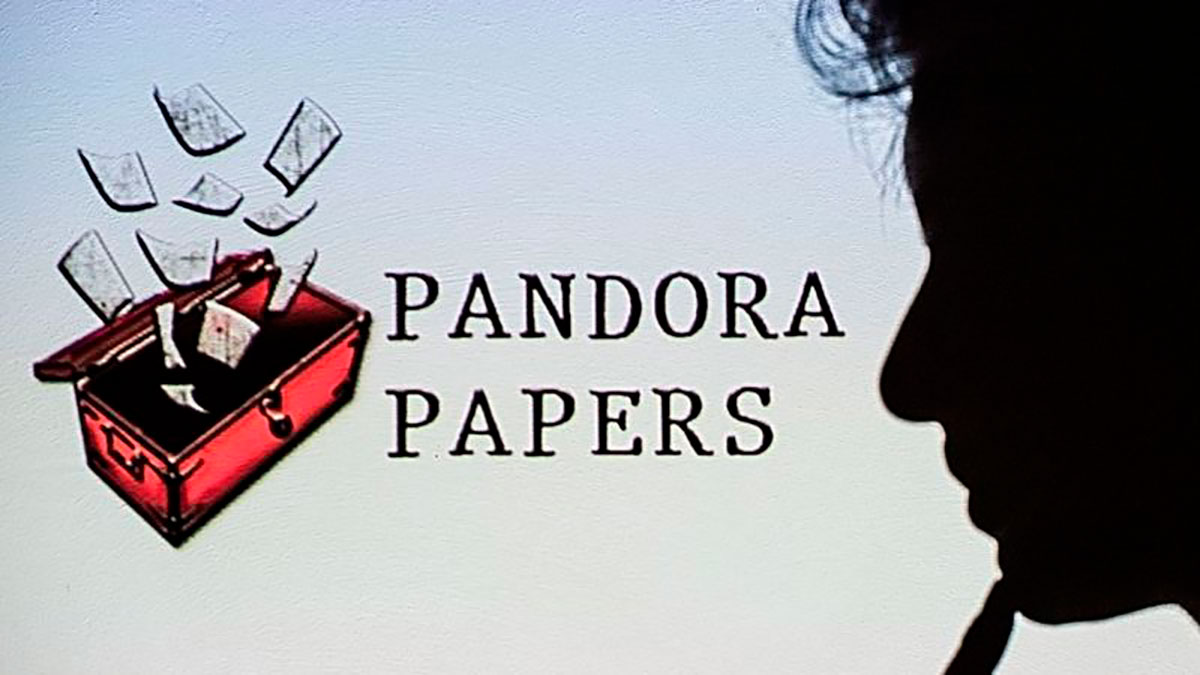 With the publication of the Pandora Papers, the leak of 11.9 million confidential documents about the fortunes of some of the most powerful and influential people in the world, the media focus falls once again on offshore companies.

The global investigation, led by the International Consortium for Investigative Journalism (ICIJ), includes more than 330 politicians from 90 countriesthat these offshore companies use to hide their wealth, evade taxes and, in some cases, launder money.

Latin America is not exempt from scandal. Sebastián Piñera, Guillermo Lasso and Luis Abinader, presidents of Chile, Ecuador and the Dominican Republic, appear on the list.

There are also 11 other ex-presidents from the region, such as the Colombians César Gaviria and Andrés Pastrana and the Peruvian Pedro Pablo Kuczynski.

The way these companies work in tax havens is very complex since it reveals an entire international network of companies that help move money.

But one of the fundamental points to keep in mind is that companies offshore in themselves they are not illegal.

“In fact, they are completely legal. And that is precisely why they are so questionable ”, emphasizes the specialist.

For Hough, the network of companies offshore it is the most obvious form of “legal corruption” today.

These are mechanisms that the powerful use to commit acts that before the courts and governments are not entirely illegal, “but they are not correct either.”

There are other similar definitions, such as “transparent corruption”, which, like “legal corruption”, is made up of two concepts that at first glance are unrelated to each other.

But together they show “the different ways” that the powerful have to evade their fiscal responsibilities.

“Politicians are not that stupid. They find a way to evade taxes and hide money without making it entirely illegal, ”explains Hough.

According to the ICIJ, the money that is hidden in offshore can range from US $ 5.6 and US $ 32 billion. However, due to its complex framework, it is impossible to know with certainty the real figure.

The International Monetary Fund has said that the use of tax havens them it costs governments around the world up to $ 600 billion in lost taxes each year.

Understand how it works

Defining corruption is not an easy task since each country understands and defines it separately.

So what is corruption in the United States may not be in Venezuela, Argentina or Russia.

But wherever it is, corruption has some common ground: it is a deliberate act (it is not accidental) and represents abuse of power and from which you also get a profit which may well be direct (in the form of money) or indirect (fame, recognition, power quotas, etc.)

Corruption and lack of transparency lead to the creation of tax havens: countries or territories characterized by applying a tax regime significantly favorable to non-resident individuals and companies.

The benefits can translate into low or no taxes and the non-disclosure of information about companies and their owners.

That is why tax havens are one of the favorite instruments of anyone who wants to evade taxes.

These tax havens can be a country or a specific territory of a nation, such as Delaware and the Cayman Islands in the US or the British Virgin Islands.

Another point to keep in mind: tax havens will almost never recognize that they are, since that would call attention to the shady businesses that are there.

There is a lot of talk about politicians and leaders, but tax havens are not exclusive. Celebrities like Colombian singer Shakira, German model Claudia Schiffer and former Beatles member Ringo Starr are part of the Pandora Papers list.

As the British investigative journalist Oliver Bullough says in his book “Moneyland” (“Land of money),” corruption is the crime of opportunism.

Tax havens benefit from the rates they charge these people and companies through calls companies offshore.

The companies offshore They are entities that are created in a country other than the one in which your beneficiary resides. And as stated before, they can be completely legal.

The problem, as Hough explains, is when these companies are created in an environment of opacity and confidentiality.

Many times, companies offshore they are accompanied by the term “ghost company”. They are companies created in tax havens and that they don’t have a real activity rather, they serve as a front for the true purposes of the offshore.

Shell companies may have money and assets, but they only exist on paper. Hence its other name: “paper companies.”

Some lawyers, accountants and specialized financing services offshore they run shell companies. These firms can provide an address and names of paid directors, thus leaving no trace of who is ultimately behind the business.

Break the laws? Better to force them

Economists Daniel Kauffman and Pedro Vicente were among the first to define the term “legal corruption.” They referred to a series of corruption processes but protected by a legal framework.

Kauffman, president emeritus of the Natural Resource Governance Institute, once said that elites in Venezuela, Congo, Nigeria, and the Democratic Republic of Congo “have used public resource companies for political patronage, frequently (though not always) through legal tools.” .

This is what he calls the “privatization of public policies and legislation.”

Politicians and rulers are usually accused of creating this legal framework, skewing the rules to suit their own interests.

“These same politicians can then claim that their behavior is perfectly legal and that they have no corruption case to answer for,” says Hough.

Breaking the laws brings negative consequences that can even lead to jail, depending on the country where you are.

“Then I force them to be favorable to me. After all, who is going to investigate something that is not illegal? Hough wonders.

Tax havens and companies offshore they are not the only form of legal corruption, in Hough’s view.

Another example is when a government takes control of a company and then sells it at ridiculous prices, usually to groups of businessmen linked to power.

According to Hough, it was seen during the 1990s in the former Soviet Union, but is also being seen in some parts of Latin America.

So if they are legal, why does it matter so much?

“However, corruption affects daily activities. In poor countries it can have very aggressive forms ”.

How, then, are the conditions changed so that corruption is seen more as an illicit activity without the protection of the powerful?

Since the ICIJ published the Panama Papers in 2016Lawyers around the world were quick to try to find out the identity of their real clients.

Some governments like the US are trying to transform the laws. In 2019, the House of Representatives approved the Corporate Transparency Law.

“But as you can see, it is about political will. And when it comes to corruption, many governments lack the will, ”says Hough.