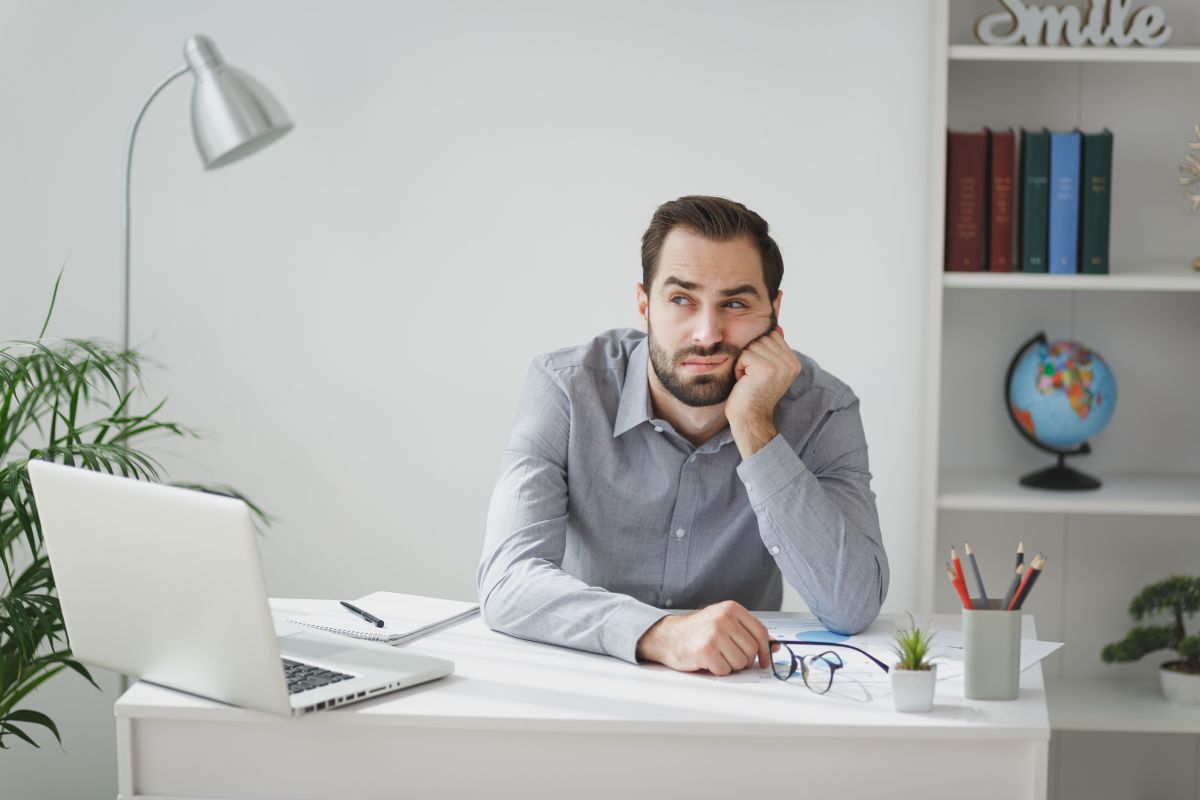 Here’s a simple question that could cause a little existential crisis. Without having to pull out a calculator, guess: How many weeks will an average person live?

If you are like me, that concept could generate a feeling of dread, followed by a greater determination to make the most of this short period on Earth. It sure makes sense to cram as many activities into each day as possible, to make sure we meet our goals before leaving this life.

Actually, that could be the worst thing we could do to live a full and happy life. In his new book, “Four thousand weeks”, the psychology writer Oliver Burkeman argues that this only leads to disappointment and unhappiness, thanks to a phenomenon known as the “efficiency trap.” In his opinion, it would be better for us to go slower, rather than accelerate, if we want to make the most of our short life expectancy.

The tyranny of time

Anxiety about the passage of time isn’t exactly unique to modern life. Around 29 BC, the Roman poet Virgil wrote “fugit inreparabile tempus” (“Time flies irrevocably”) which expresses a bit of anxiety over the days. Similar thoughts on how time slips away can be found in Chaucer and Shakespeare.

Burkeman, however, believes that humanity’s peculiar concern with time – and, in particular, whether we invest it “productively” – became greater with the common use of the clock and the rise of the Revolution iindustrial. Before that, the natural rhythms of the day guided people: “You have to milk the cows when they need to be milked, and you couldn’t somehow decide to do the entire milking of a month in a few days,” he says.

Once people started working in mills and factories, their activities had to be more precisely coordinated, often to optimize the use of the machines they operated.

That gave way to lend him more attention to planning and creating schedules, at the same time it was understood that our productivity could be carefully monitored. And the resulting pressure to do more in less time appears to have grown exponentially in the second half of the 20th century.

The self-help industry has taken it upon themselves to address these anxieties, with many texts in the past 4 decades offering tips for better time management.

“The implication of these books is that, with the correct technique, you could fulfill almost any obligation that comes your way. You could undertake as many personal ambitions as you wanted, with a perfectly optimized daily routine, ”says Burkeman.

Unfortunately, it doesn’t always work that way. Burkeman describes the obsession with efficiency and productivity as a kind of “trap”, since you can never really escape the feeling that you could be doing more.

Consider a basic goal, like optimizing your email correspondence. You could think of reaching a kind of zen state where you have nothing in your mailbox at the end of each day, and you answer each email as it arrives. Unfortunately, each email you send will likely generate more responses and tasks to complete, which can lead to messages piling up again.

The fact that work usually begets more work It means that many efficient employees soon go beyond their capabilities as their boss continues to add responsibilities. As Burkeman writes in “Four Thousand Weeks”: “Your boss is not an idiot. Why would I give the job to someone else slower? “

There are also good psychological reasons why we will never be satisfied with our current activities – at work as well as in our personal lives – that lead us to constantly apply more pressure to ourselves.

Humans have an annoying habit of get used to positive changes in our lives -the phenomenon known as the “hedonistic routine” -.

You might think that a promotion at work would be an appropriate reward for all your hard work, but studies show that it often doesn’t make you any happier than your current position. No matter how productive you are, or how much you achieve, you will always want more for yourself.

Burkeman’s notion of the efficiency trap also reminds me of a study from Rutgers University in the US and the University of Toronto in Canada. Participants were asked to list 10 activities that would make them feel better in their lives – suggesting them to think of happiness as an active goal. Later, they themselves scored lower on a questionnaire about their current well-being than participants who had previously been asked to say what they were grateful for at the time.

Further exploration found that The reduction in happiness was linked to the sense that time was somehow running out.smokingRather than making participants feel positive and proactive, thinking about all those activities had made them more acutely aware of how little time they actually had to get it all done.

Escaping from the trap

Ultimately, Burkeman thinks our relentless productivity drive is a futile attempt to escape the harsh reality of our 4,000 weeks on Earth. “It’s seductive trying to spend time improving your routines and rituals, but that just helps you avoid facing the truth of how finite we are,” he says. “And it is a real recipe for stress -the idea that you can do something superhuman with your time- “.

In Burkeman’s view, we could all reduce our anxiety by just accepting our limited ability to achieve everything we want in life.

It has a few practical tips.

The first would seem obvious, but we often forget it: we need to limit the number of goals we want to achieve at the same time.

You could prioritize moving house and writing a book, for example, while realizing that piano lessons will have to wait. Although it may be disheartening to give up something that is very important to you, you will be able to take bigger steps toward the goals you have chosen than if you try to accomplish too many things simultaneously.

You can exchange goals, naturally, as your life progresses – once you’ve moved, for example, there will be room in your schedule to learn the piano. But overall, Burkeman argues that we would be happier if we made the conscious decision to put some projects on holdinstead of having the continual feeling that we are not meeting false expectations.

“You are simply reconciling with being a finite human,” he says.

In day-to-day work, Burkeman also advocates having a “List of tasks completed” -More or less parallel to the “to-do list” that starts empty every morning, but is filled with each task you complete-.

Very important is that many of those tasks may have been distractions that you would never have included on your to-do list, but were nonetheless important to accomplish. In this way, practice helps you reframe your workload so that you have a greater sense of accomplishment, instead of stressing yourself over things you haven’t done yet.

Nonetheless, Burkeman acknowledges that it is difficult for him to change his own mindset and accept the limits of what he can accomplish in his 4,000 weeks – but it’s worth persevering-.

“When you face this reality, it’s really very liberating,” he says. “You realize that you have been fighting a futile battle.”

Oliver Burkeman’s book “Four Thousand Weeks” is published by Farrar, Straus and Giroux in the US, and by Bodley Head in the UK. On Twitter you can find him at @oliverburkeman.

Work absenteeism, one of the serious consequences that the pandemic will leave

Neither extroverted nor introverted: why “ambivert” are better leaders