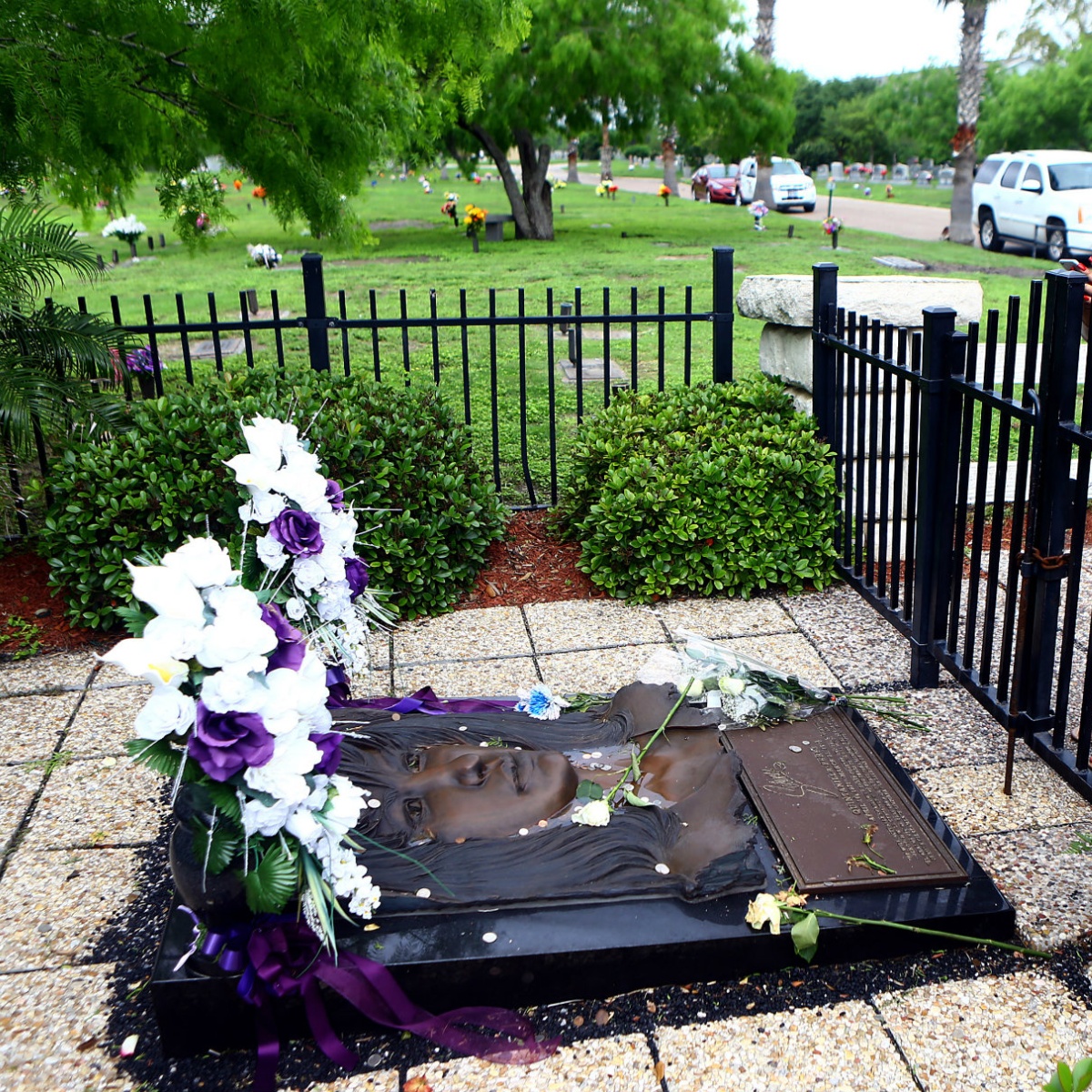 Selena Quintanilla’s grave, where her remains rest, is located at Seaside Memorial Park Cemetery in Corpus Christi and is visited by hundreds of people daily. This is what it looks like 26 years after her death.

A few miles north of the cemetery, El Mirador de la Flor was inaugurated as a monument in honor of the singer Selena, who was murdered in 1995. People from all over the world visit the monument.

If you want to know more about Selena’s life and death, below American Post News shares with you all the details of her grave and the costume she wore on the day of her funeral.

What does Selena Quintanilla’s grave say?

Selena’s grave location bears the following phrase in her memory:

“Selena was referred to as La Flor and identified with La Rosa Blanca. When you look at La Rosa Blanca, you feel her presence close by. Selena’s stage is now silent. However, her persona enriched the lives of those she touched. And her music lives on.”

On the other hand, the Selena Monument is located at the corner of T-Head and Shoreline Boulevard and the waterfront, and the monument is made up of a life-size bronze statue of Selena, wearing a leather jacket and holding a microphone, sculpted by HW “Buddy” Tatum, a local artist. The statue rests on a concrete pillar, looking out over Corpus Christi Bay.

Selena Quintanilla’s wardrobe during her funeral

Selena Quintanilla was buried in the jumpsuit and jacket she wore at her last award ceremony at the 1995 Tejano Music Awards, held on February 11th, where she was awarded in 5 categories.

As proof of this is the photographs and videos that were taken during her funeral, which was with the casket open, allowing the audience to see the details of her hairstyle, makeup, and clothes. Here are some details about Selena Quintanilla’s clothes at the funeral.

In addition, her iconic attire from the concert at the Astrodome in Houston is currently in the Selena museum, created by the Quintanilla family in memory of the young artist.

How old was Selena when she died?

The young artist was 23 years old when she was murdered. Her family immediately organized the funeral and, in order to give her fans the opportunity to come and say goodbye to Selena Quintanilla’s grave, it took place at the Bayfront Auditorium (Corpus Christi, Texas) with a capacity of 2,500 people. In 1996, this place was renamed the Selena Auditorium as a tribute to the singer.