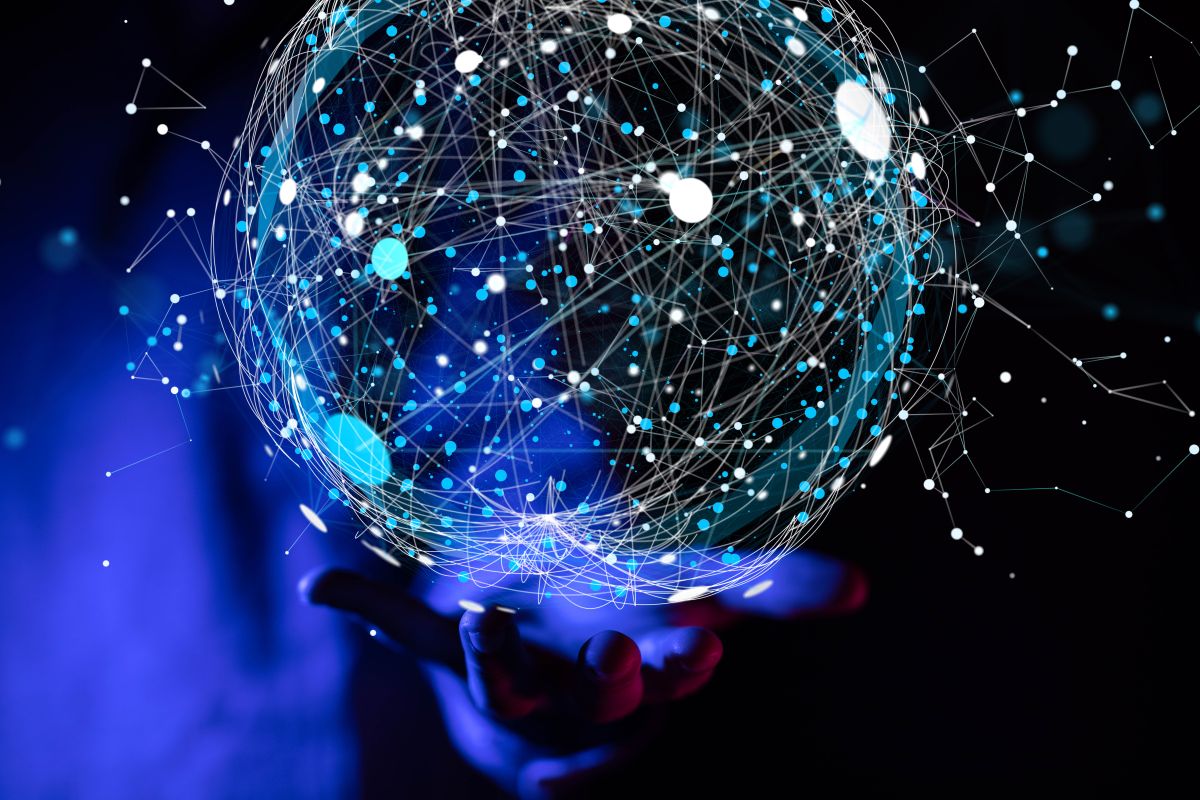 In our hyper-connected world dominated by web connections it is difficult to imagine that there are experts who argue that the Internet requires a “huge remodel”.

Yet it is precisely this omnipresence that has put more and more technologists to work in what they call a “new phase” of the internet.

They insist that the one we use is still “second generation” and that it must change to be much more intelligent; which must evolve to become a “semantic web” that, in addition to being more efficient, offers us more control over our data.

It is what they foresee with the arrival of the Web 3.0, which many in the sector consider the “great internet revolution”.

The also called Web3 it will allow machines to interpret a much larger volume of data. That will allow us to interact much more deeply with other users from any platform, among other things.

In this “new chapter” of the internet we will no longer need complex operating systems or large hard drives to store information, because absolutely everything will be in the cloud. And everything will be much faster and customizable.

In general terms, it could be said that on Web3 the machine will “collaborate” more effectively with the human being.

But its main value is the decentralization of the internet: create a more equitable network and disempower the “internet giants”, as those behind the concept emphasize.

This is already having an echo in Silicon Valley and has been in development for years.

The term was coined in 2014 by the co-founder of the cryptocurrency Ethereum, Gavin wood.

Just as Tim Berners-Lee is considered the “father of the internet,” Wood is often referred to as the “father of etherum” for being its co-founder and broadcaster.

Etherum is the second protocol of blockchain most used in the world. And this technology is the foundation of the Web3.

Wood, creator of the open source project Polkadot, started from the idea that it was necessary to “reshape the internet”: create a new architecture with a specific protocol for what services were decentralized.

To carry it out, the engineer software Britain founded the Web3 Foundation – to “fund research and development teams that are building the foundations” of Web3 – and created Parity Technologies, a Berlin-based infrastructure company. blockchain for the “decentralized web”.

But what does that mean about decentralization?

“Internet in its beginning was an open and decentralized protocol. It began to be centralized in the 90s with the big technology that we know today ”, Ursula O’Kuinghttons, Director of Communication at Parity Technologies, explains to BBC Mundo.

“What you want with Web3 is go back to the essence, at the beginning, of what the internet was: that no one controls to a great extent this communication tool that is so present in our daily lives ”, adds O’Kuinghttons.

A key part of the structure of the Web3 is blockchain technology, which allows creating “blocks” and forming data chains, and which we know above all from cryptocurrencies.

“We have to be open-minded because blockchain is much more than a cryptocurrency. Web3 is much more interesting than the value of a token, ”says O’Kuinghttons.

In fact, the elements that make Web3 possible have been developed over the last few years and, in a way, it is already a reality.

But its technology has not yet been assimilated or used en masse by the general public.

Colin Evran, who has been developing the Web for five years 3.

It runs the Filecoin and IPFS ecosystems, two protocols created by Protocol Labs, a blockchain technology company based in San Francisco, California (USA), whose goal is also to “decentralize the web”.

“Much of my job is to accelerate the transition from Web2 to Web3,” he tells BBC Mundo.

“Our goal is to update the web to make it faster, more secure, more resistant to attacks and more open ”.

“If we look back at the early days of the internet – in the 1960s and 1970s – we see that the internet existed even before the web itself: it was an amalgam of cables and a network that ‘connected things,'” says Evran.

“Originally, it was a government project called Arpanet to transfer information.”

In the early 1990s, the Web 1.0 took off, Evran continues. Sites like Yahoo were web pages static that were based on hyperlinks.

In the 2000s came the Web 2.0. The main improvement, says Evran, is that “it allows us to read and write in a interactive, that mobile and web applications can ‘talk to each other’ and that we can interact with them ”.

“The development of the Web 3.0 Add to all this the establishment of trust because civil liberties will be integrated into its underlying structure, ”he argues.

He also criticizes the “centralization” of Web2.

“A few cloud storage service providers, banks and large governments accumulate all the power and can control and manipulate data at will to generate money and nurture their interests,” explains Evran.

“We cannot trust that these organisms are not manipulating our data,” he adds.

What then changes with the Web3?

“Change the entire architecture of the web!” Responds Evran.

For example, the expert says that Web3 “it will allow users to have access to thousands of data centers around the world and they will be able to choose who keeps their data and how ”.

The first company, with its subsidiary AWS, controls 41.5% of the total, according to data from McAfee for 2019. It is followed by Azure, from Microsoft, with 29.4%, and Google Cloud, with 3%.

These three companies have half of the 600 large data centers globally, according to a report by Synergy Research Group.

On the other hand, Evran explains that on Web3 there will be “clear mechanisms” to verify data and eliminate problems such as fake news.

As for the more technical part, there is the question of the protocols: “When you open Google or another browser and go to a website, you use the HTTP protocol; you ‘tell’ that protocol to look for a file for you in a specific location ”.

“It’s as if to find a book you have to do it through the New York Public Library. If that library collapses or the government puts in a security guard, you can no longer access the content. It is a centrally controlled structure ”.

“In the world of the Web3, each copy of the book will be compressed in a cryptographic algorithm that cannot be manipulated. And we will be able to share it even being connected to the network ”, sums up Evran.

Is about technology peer-to-peer (P2P) that allows to exchange resources peer to peer, directly between several users, something that, according to Evran, is not possible with the current Web2 and the HTTP protocol it uses.

Úrsula O’Kuinghttons explains that Web3’s blockchain technology is very secure and that “for now, in more than 10 years, no one has been able to to hack“.

“The issue of security is crucial in the era in which we live because our lives and our data are increasingly turned on the internet,” adds the specialist.

These changes are expected to give Internet users more power over the information they access and the data they share and, ultimately, create a freer and more equal internet.

But the promise that Web 3.0 is capable of ending the hegemony of tech giants like Google or Facebook raises doubts.

There are some skeptical voices, such as Elon Musk, who posted an ironic comment on Twitter a few days ago: Has anyone seen Web3? I can not find it”.

Or that of the co-founder of Twitter, Jack Dorsey, who said that Web3 “is a centralized entity, but with a different label “.

But Colin Evran does not lose his enthusiasm.

“The move from Web1 to Web2 was a huge transition that took many years. The transition from Web2 to Web3 is inevitable, but It is not going to happen overnight, but in several years. He is still taking his first steps ”, he responds when asked about skepticism.

“The number of developers involved in this are clear indicators that those who build the internet of the future are betting on Web3,” he adds.

He believes that Web3 “will update the internet with a completely new paradigm and much more democratic than Web2 ″.

“If we focus on developing the Web, in the next five or 10 years we will get the data back in the hands of users. And that is the world that I want for myself and for my children ”.

O’Kuinghttons agrees that change “is not going to be an easy task, but it is increasingly urgent that we have an internet more egalitarian and equitable “.

“We are still in a very, very early stage. All this is just beginning to expand and is still in the construction phase ”, explains the specialist.

“But in 2021 we already saw a huge boost with the momentum of the NFT and the metaverses. And in 2022, we will see crucial changes, such as the expansion of these technologies, which are nothing other than Web3 ″.

* Google’s submarine cable that will connect Spain with the United Kingdom and the United States will start operating in 2022
* You will not believe how an email was reviewed in 1984, this video is spectacular
* “We are becoming less intelligent, more closed-minded and intellectually limited by technology”