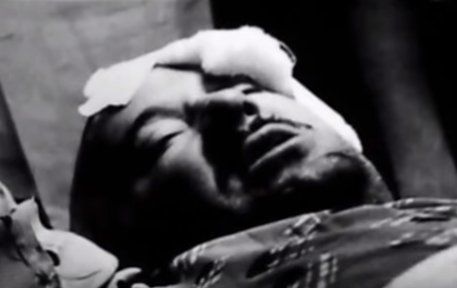 Pedro Infante was passionate about airplanes, which led him to have plane crashes that almost took his life, one of which compromised the actor’s health to the point that he had to have a metal plate put in his skull that he had to take care of, as it could put him at risk in any situation.

From a very young age, Pedro Infante felt interested in airplanes, which is why he began to learn how to maneuver one of these transports. His love for airplanes led him to accumulate almost 3,000 flight hours and become a partner of Tamsa, the air transportation company.

This passion earned him several accidents, some more serious than others. The first was in 1947 when he decided to fly over in a small plane. Since visibility was very poor due to the poor light, the Sinaloan fell, but since he was not flying at a high altitude, he only hurt his chin.

On May 22, 1949, only two years later, he had another accident, this time due to several problems he had while making his trip. He was coming from Acapulco accompanied by Lupita Torrentera when the ship’s compass began to fail, and it started to fly aimlessly, which resulted in running out of fuel in the air over Michoacán.

The Ídolo del Pueblo crashed in a paddock, and his attempts to cover Lupita completely caused him to be severely injured. His skull was utterly compromised, and he had to undergo emergency surgery to try to cover the part of his brain that had been exposed.

As Irma Dorantes recalled in “La Historia detrás del Mito,” doctors warned that it would be a high-risk procedure since part of the encephalic mass was unprotected, and the only thing that could be done was to put a plate in the exposed part. This meant that the actor would have to take care of his head for life since any blow would be certain death.

The metal was implanted from where the forehead begins up to the left ear. Some indicated that the plate was made of titanium, while others were of Vitallium or platinum.

The surgery was successful. However, Infante promised all his partners that he would never fly an airplane again from that moment on. María Luisa León, in her book, relates that he even promised in front of the image of the Virgin of Guadalupe never to do it again, but she would have asked him not to make such statements, as she knew it was not true.

Since Pedro had to be completely shaved to be able to undergo surgery, when he returned to work, he had to wear a toupee to cover the baldness of that moment. In addition, since then, he had to warn his coworkers about his badge and the care he had to take with his head.

For the Pepe el Toro movie, Ismael Rodriguez reportedly asked the actors who would have to step into the ring with the Sinaloan to agree never to hit him above the nose in any scene. The actors and boxers practiced their performances to never compromise the protagonist’s health.

In Pedro Infante’s third and last plane crash, he died when the plane he was piloting collapsed. Due to the seriousness of the accident that marked the history of Mexican cinema on April 15, 1957, the singer’s body could only be recognized thanks to the plaque that had been placed on his skull and a gold bracelet that he never took off.