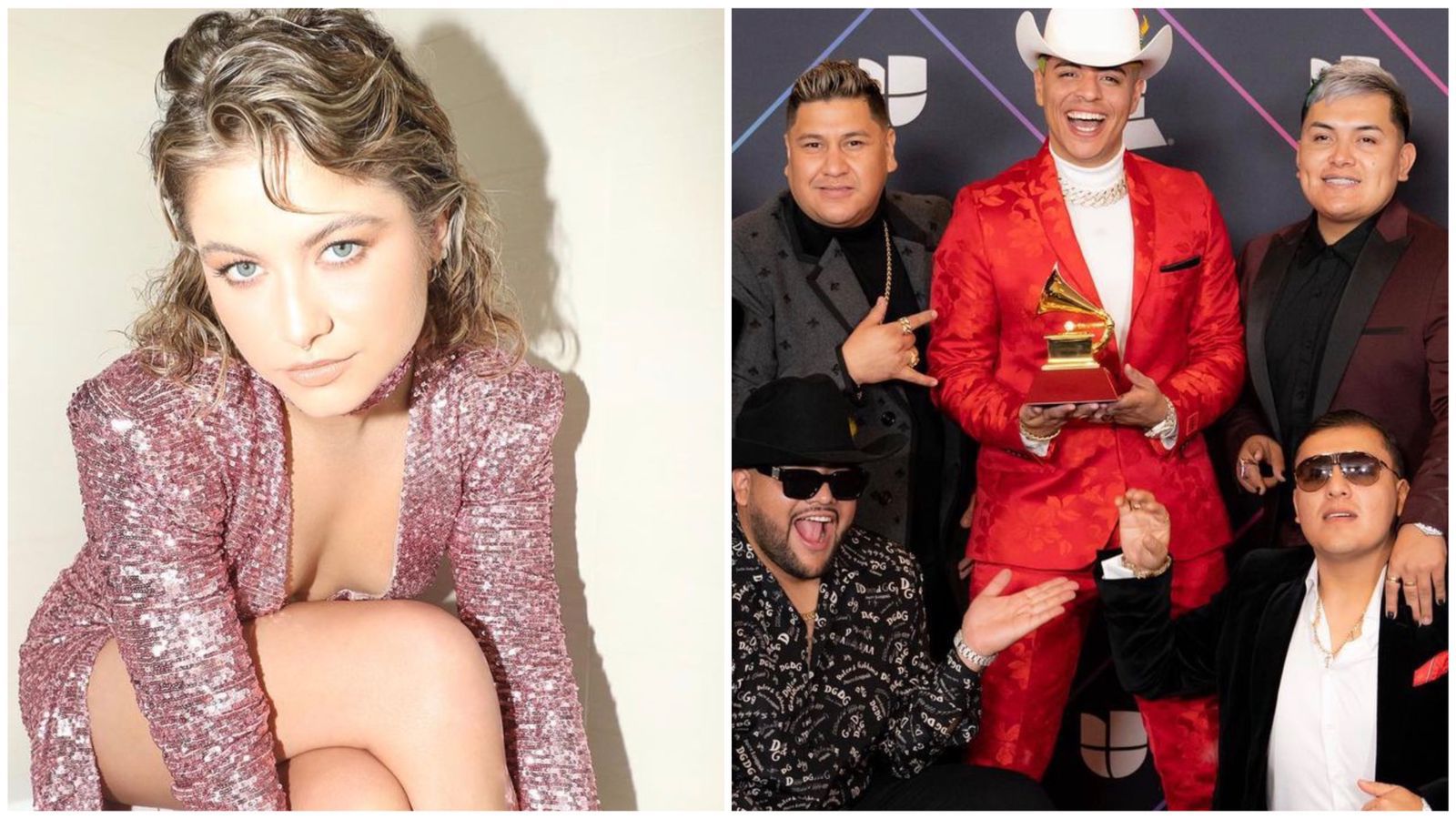 After both artists attended the delivery of the Latin Grammy 2021, a video has caused a lot of controversy since in the Firm Group walked through the locker room of the awards after having won the category “Best band music album” and Sofia Reyes passed by them; According to internet users and fans of the group, the pop music singer is heard in the instastorie tell them “that’s nacos”. Now the interpreter of Lovesickness He has spoken out denying the situation and asking the followers of the band not to be carried away by the possible interpretations of the video.

The video displayed on the Instagram account of one of the Grupo Firme staff members has generated controversy, as some people say that it is not very clear what Sofía Reyes says in the video, but has highlighted that in the original clip the person who recorded wrote in his story, “like when you go with all your good vibes and the fine Sofía Reyes passes by and she tells you that nacos”.

As you might imagine, after the publication of the video, Sofía Reyes became the target of criticism, so she immediately went to Twitter to clarify what happened. Not to mention the Mexican group responsible for hits like The Toxic, Already get over me or Thanks , nor the alleged offense, the 26-year-old interpreter wrote: “I am very out of the loop, tired and very upset. I would never express myself that way about anyone. On the contrary, he was celebrating them. Those who know me know that I would never say something like that”.

The singer also used her Instagram stories to deny the accusation against her, in a video Sofía Reyes reiterated that she did not say what is being stated on the Internet and the media. In a very annoying way, she asked her fans or Grupo Firme’s fans to continue with a fight that “she didn’t start, because she never said that.”

“I want to tell you that I’m very out of the loop and actually angry because I just saw notes from some media or on Twitter […] Supposedly I am expressing myself negatively or contemptuously towards other artists, where I never said what they say I am saying, besides it is clear that I do not even say anything or it can be appreciated in a good way that that is what I said […] It surprises me a lot because I was celebrating them and I would never express myself that way about anyone […]”Sofía Reyes continued clarifying.

Although a great scandal has been generated by the alleged offense that Sofía Reyes issued against the group, so far none of the members of Grupo Firme has spoken about it, so fans of the singer assure that they are taking advantage of the controversy against her to continue promoting her latest single as well as the good streak they have achieved after winning their first Grammy and obtaining international media attention, as well as an increase in their monthly players of Spotify.

Opinions are divided: Sofía Reyes fans assure that in all the years of her career she has never been involved in controversies of this type, much less has she expressed herself that way about someone. Grupo Firme’s fans pointed out that the group would not have made an accusation of that degree without having the evidence -the video-.

“As fans we know that this is not true and the people of that group are making controversy out of nowhere”, “It was not enough for them to win a Grammy, now they also want to continue to have a presence in the media,” they wrote on Twitter.