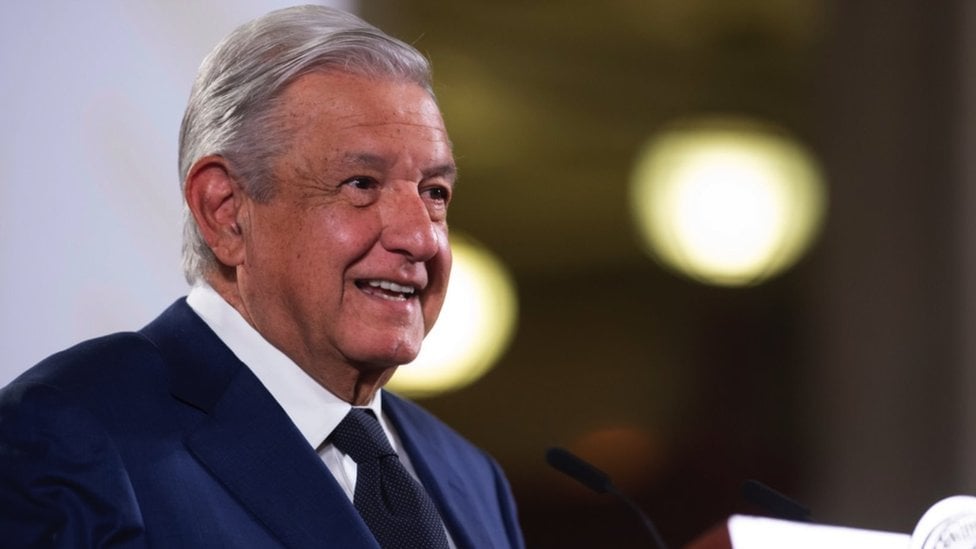 It has been 14 years since the government of Evo Morales nationalized lithium in Bolivia, the so-called “white gold” that has become one of the critical metals for the manufacture of electric batteries or the storage of renewable energies.

It is so coveted that expert projections estimate that its price could rise exponentially in the next 20 years in the midst of the energy transition that the world is undergoing to reduce polluting emissions.

And now that the war in Ukraine has made it clear to the West that it is dangerous to rely on oil and gas exports from Russia, there is a fast-paced race to get the metals needed to electrify economies.

Being part of the metals considered as “the new oil” of the 21st centuryIn 2008, lithium production became a product managed by the Bolivian State with the aim that the wealth from its sale would benefit all Bolivians.

More than 6,000 kilometers away, the Mexican government put on the table a few days ago the plan to nationalize the coveted resource by reforming the Mining Law so that lithium is exploited “only by the State.”

“They do not know (…) the ambition that it awakens in the great powers because it is a strategic mineral for the development of the future,” said the president of Mexico, Andrés Manuel López Obrador (AMLO) when he presented his proposal.

The reform stipulates that “the exploration, exploitation and use of lithium will be exclusively in charge of the State”, which will be the nation’s heritage and “is reserved for the exclusive benefit of the people of Mexico” for which “no concessions, licenses, contracts, permits, assignments or authorizations in this matter will be granted”.

In 2008 Bolivia began a similar journey. The Morales government opted for the State to manage the entire production chain without the intervention of foreign companies, a business model very different from that of natural gas, where alliances have been made with firms who have a 49% stake in the business, while the remaining 51% remains in the hands of the State.

But with lithium they tried to control the entire chain, with the promise that Bolivia would create battery factories and even electric cars.

The image could have been a Bolivian version of a Tesla next to the Salar de Uyuni.

But it was not so.

Now, President Luis Arce has charted a new course, after many years of failed attempts, to establish strategic alliances with foreign private companies that provide the necessary technology for the business to take off.

According to AMLO, his government has asked Bolivia for advice to develop its own state-owned lithium business without the participation of foreign companies.

But… Bolivia is -at this precise moment- working with foreign companies in the development of shared businesses.

The eight companies interested in participating are analyzing samples of the ore in order to present their proposals in the coming weeks, and the government plans to announce the winners of the contracts by the end of May.

What will be the type of advice that the Bolivian government will give to the Mexican? For now it is not clear.

A “spoils of war”

Morales had an ambitious plan: to have an entire battery and electric car industry in the country by 2015.

This objective was not achieved, nor was it achieved that Bolivia export large quantities of potassium chloride and lithium carbonate, the two main lithium products that the country sells on the international market.

“It didn’t work because the qualified human resources, the technology, the strategy and the political will were lacking,” he adds.

Bolivia only produces 500 tons of lithium a year, an amount that Zuleta considers too low for him to gain a foothold in the market.

One of the problems, he points out, is that governments have taken lithium as a “spoils of war” with a more political than technical perspective and with an expense close to US$800 million that has not yielded the expected results

A convincing proof of the failure, argues the expert, is that the current Bolivian government drastically changed the course of what had been done in the country, summoning eight foreign companies to carry out a shared exploitation of the metal.

Although it is true that during the governments of Evo Morales there were approaches with private firms, the commercial agreements did not come to fruition.

“The nationalization of lithium in Bolivia has been a good idea but the process has taken too long“, says Diego Von Vacano, professor of Political Science at Texas A&M University, United States, and external collaborator of the current government.

“With the government of Luis Arce, the issue has begun to be taken seriously. What was not achieved in more than a decade, progress was made in a year, ”he tells BBC Mundo.

Von Vacano explains that previous governments made efforts to carry out the development of lithium for the benefit of Bolivians, but that they did not have the necessary technology to achieve it.

In fact, he maintains, the necessary technology did not even exist to extract lithium from Bolivian brine, which is very different from what exists in other countries.

Only in the last three or four years, he explains, “have new, much greener technologies emerged.”

From another perspective, Von Vacano maintains that previous governments focused their efforts on other priorities, such as the development of the natural gas industry.

I think now really The lithium industry is going to take off in Bolivia to seize the windows of opportunity.

Why did AMLO ask Bolivia for advice?

The reform to the Mining Law proposed by the Mexican government says that “in the last 30 years, mining in Mexico has represented, as never before in the history of Mexico, the overexploitation of mining deposits in favor of private interests, mainly foreigners.” .

For the nationalization of lithium, the reform contemplates that “a decentralized public body” is in charge of its exploration, exploitation and exploitation of the mineral.

Beatriz Olivera, director of the social organization Engenera, states that AMLO has asked Bolivia for advice because of his long experience in the extraction and processing of lithium and also because of a matter of political affinity.

“The bet is that the Mexican government has total control of the mineral in the exploration, extraction and processing. This is due in part to the strong criticism that the president has made of private mining companies, which is fully justified,” says Olivera.

The problem, he points out, is that private companies in Mexico they have a mining regulation that favors them“even above the human rights of indigenous peoples”.

“The president has said that they are companies that pollute and leave nothing to the country. They don’t even pay taxes,” he explains.

Regarding the example of Bolivia, Olivera says that although the government project does not contemplate alliances with private companies, perhaps these could be developed in the future.

Looking at the Bolivian case, Carlos Aguirre, an academic from the Universidad Iberoamericana specializing in treaties and international trade, points out that the government of the South American country “finally reconsidered” and understood that the development of experience and technology requires resources that the State does not necessarily have.

Argentina and Chile, for example, which have also reserved State ownership over the exploitation of lithium, have indeed specified partnership with individuals in order to carry out production.

The result is that these countries, especially Chile, “are among the world’s leading lithium producers. Bolivia, with a larger extension of reserves, is not on that list,” says Aguirre.

Francisco Ortiz, an academic from the Faculty of Economic and Business Sciences of the Universidad Panamericana, agrees with this.

In his opinion, AMLO announced the search for advice in Bolivia because “it is a propaganda messagea more ideological message than with technical foundations”.

From an advertising point of view, he points out, “it is a very good speech for his followers” because of the approach to other governments of the same line.

Ortiz hopes that the nationalization of lithium in Mexico will not end like the experience of state oil company Pemex.

“Pemex has a gigantic debt. Wealth has generated poverty, it has generated debts due to mismanagement. The risk is that with lithium we have another Pemex“.