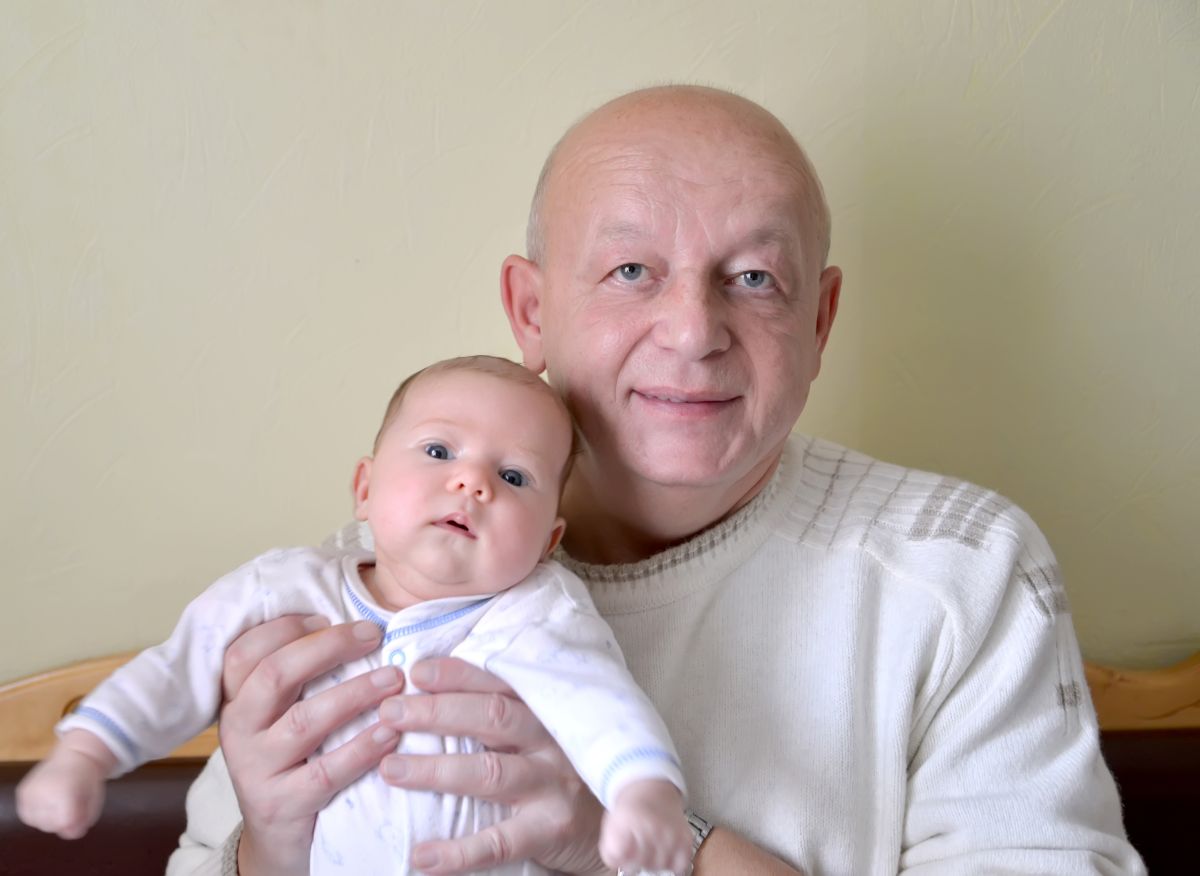 Men who decide to become fathers after the age of 35 are at a relatively higher risk of having premature or autistic children.

In addition, with each passing year, sperm suffer significant decreases in quantity and quality, which can hinder attempts to generate offspring.

This is established by several investigations carried out in recent years, including one of the Stanford University School of Medicine in the United States, which analyzed data from more than 40 million births.

In general, the risks of late motherhood are much better known among the population and women are aware of the greater difficulty of pregnancy after 35 or 40 years of age.

On the paternal side (and little known) of this story, the good news is that there are recommendations, tests and treatments that allow each case to be closely followed and reduce risks for the baby, as you can see below.

Dr. Karla Giusti Zacharias, who is a specialist in human reproduction and is part of the clinical team at Rede D’Or – Hospital São Luiz Itaim, in São Paulo, reports that she frequently receives older men who wish to have a child in her office. .

“I see patients in their 50s or 60s who are in a second marriage with a younger wife who wants to get pregnant,” he observes.

The question they ask health professionals is: what are the risks of being an older father?

Generally speaking, the male reproductive system works on a completely different logic than the female.

While women have a finite number of sex cells or gametes, in the case of men the production of spermatozoa -which begins at puberty- continues throughout your life.

And here comes the important question: although the production of male gametes is constant, the quality of this process is not the same after a certain age.

Over the years, it is natural for these cells to be produced in smaller numbers and to have more defects.

These defects, in turn, can prevent fertilization.

Some research indicates that, even when attempts to generate offspring are successful, there is a risk that the baby will more frequently present some health conditions, from respiratory deficiencies at birth to autism.

What the studies say

2018 research from the Stanford University School of Medicine found that, in general, the older the parent, the greater the risk to the child.

Men who have children after the age of 35 have a relatively higher risk that their baby will be born with a low birth weight, have seizures, or need mechanical ventilation to breathe soon after delivery.

People over 45 are 14% more likely to have a premature baby, and those over 50 are 28% more likely that the newborn will need to spend time in an intensive care unit.

At the time of publication, Michael Eisenberg, a professor of urology and lead author of the research, made it clear that such figures should not be interpreted with alarmism. In his opinion, the findings help families plan well and follow up.

“There is a tendency to look at maternal factors when evaluating the risks associated with birth. But our study shows that having a healthy baby is a team effort, and the age of the father also contributes”, said.

A systematic review and meta-analysis article (a type of scientific work that collects and organizes several previously published research on the same topic) published in 2017 pointed to another danger of late parenthood: the increased risk of autism in the baby.

In conclusion, the study indicates that, for every 10 years of increase in the father’s age, there is a 21% greater probability that the son will suffer from this disorder, which is related to difficulties in communication, social interaction and behavior.

Science still does not know how to answer with certainty why it happens.

But despite the drop in the quality and quantity of sperm over the years, the trend is for the most suitable gametes to succeed and one of them to fertilize, which reduces the risks to the child’s health, explains Alfredo Canalini, President of the Brazilian Society of Urology.

How to be more protected

Canalini points out that there is no recipe for avoiding the potential dangers of late parenthood.

“The biology of the male reproductive system is very individualized and each man needs a consultation so that we can understand what is going on and what can be done,” he says.

Such a consultation involves the general practitioner or urologist. This evaluation can be done routinely, every year, when there is a desire to have a child or if some symptoms appear, such as excessive irritation, lack of libido, difficulty in having or maintaining an erection, as well as frustrated attempts to woman becomes pregnant.

“And, of course, there are those classic recommendations that are valid for the health of the whole body, such as eating a healthy diet, avoiding a sedentary lifestyle, doing physical activity on a regular basis, not smoking, maintaining the appropriate weight…”, lists the medical.

Zacharias reminds that when lifestyle changes have not worked, it is possible to start with specific tests and treatments.

“If there is a very poor sperm profile, we can propose some therapies to improve their quality or quantity,” he says.

Finally, the expert highlights one last risk that directly affects older parents: the workload involved in raising a child.

“We cannot forget that many older men are at a stage in their lives in which they have worked a lot and are more tired,” he says.

“You have to put it on the scale and think about the importance of accompanying the child’s development, getting up at dawn to change diapers, play…”.

“Couples should talk about it so that they always make the best decision for themselves and their family,” he concludes.