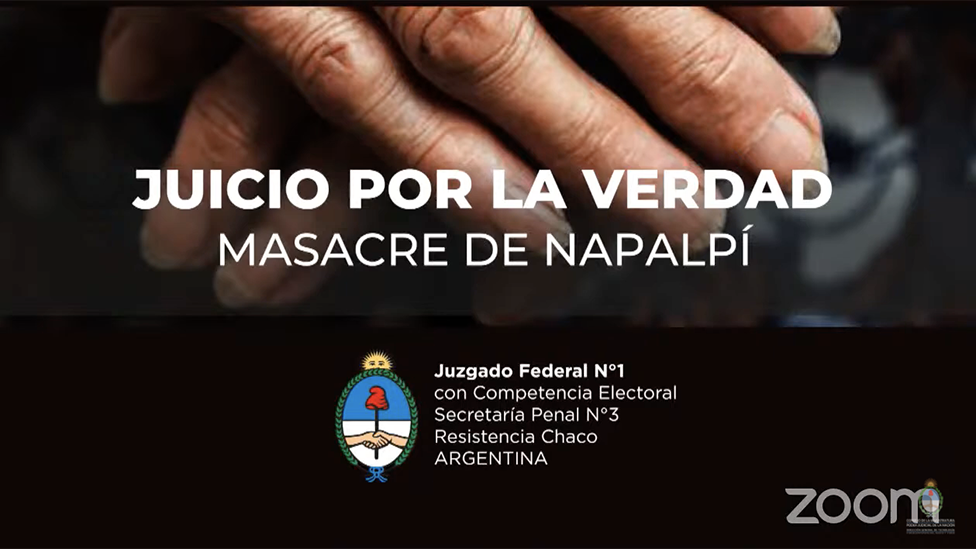 In Argentina, an unprecedented trial began this week in that country. It is headed by a federal judge, there are prosecutors, evidence and witnesses. But there are no defendants, because they have all died.

This is the first “truth trial”, a criminal process that will judge one of the largest massacres committed against native peoples in this South American country: the so-called Napalpi Massacrewhich occurred almost a century ago.

The trial, instigated by the Human Rights Unit of the Resistance Federal Prosecutor’s Office, capital of Chaco province, in northeastern Argentina, seeks to determine the facts behind the massacre of more than 400 Moqoit (or Mocoví) and Qom indigenous people in that territory at the hands of state agents, in 1924.

Federal Judge of Resistance Zunilda Niremperger ordered that the unusual process be carried out after determining that “the facts under investigation exhibit characteristics that allow their inclusion within the category of crimes against humanitywhose imprescriptibility makes it possible to investigate despite the time that has elapsed”.

“The effective search for the truth is relevant not only in terms of collective memory, but it can operate favorably in the field of historical and symbolic reparation towards the communities that would have been directly affected by such events,” argued the magistrate.

The Public Prosecutor’s Office of Argentina indicated that it will be “a procedure directed to finding out the truthsimilar to those processed during the 1990s in different jurisdictions to investigate the crimes of the last dictatorship when the effects of the Full Stop and Due Obedience laws were in force, which prevented the repressors from being judged.

The “truth trial” began at the House of Resistance Cultures on April 19, the date on which American Aboriginal Day was commemorated in this country.

The process includes hearings in the interior of the province, where descendants of the victims of the massacre currently live, and in the city of Buenos Aires, at the Memory Cultural Center, located in the former Navy Mechanical School (ESMA). , the best known clandestine detention center during the last military regime.

The Secretary of Human Rights of the Nation stressed that it is the “first trial in Argentine history that will investigate a massacre against indigenous peoples”.

The historical records and the investigation of the Prosecutor’s Office made it possible to reconstruct the events that occurred on July 19, 1924, when hundreds of men, women, children and elders from the Moqoit and Qom indigenous communities were murdered by police, gendarmes and landowners in the area.

It all happened on the call Napalpí Aboriginal Reduction -today called Colonia Aborigen-, about 150km from Resistencia. The reductions were places created by the State to concentrate the indigenous populations and to be able to exploit them as cheap labor.

The families that lived in Napalpí subsisted picking cotton, in almost slave conditions.

When a group of workers decided go on strike to demand fair compensation or the possibility of leaving the territory to work in other mills, the Chaco governor, Fernando Centeno, sent the security forces to repress them.

Some 130 men surrounded the reduction and massacred its inhabitants, who were unarmed.

According to the surveys of different historians collected by the prosecution, for 45 minutes the agents unloaded more than 5,000 rifle bullets on the population of Napalpí.

An airplane was also used in the operation, which, according to the testimony of some of the descendants of the community, dropped food to attract those who were in the mountains and be able to massacre them.

A photo of that plane taken by the German ethnologist Roberto Lehmann-Nitsche, an expert on Argentine indigenous communities, is part of the case file.

Many of the victims were buried in mass graves after being mutilated for “trophies” such as testicles, breasts and ears.

But the slaughter did not end there. The survivors were persecuted and “hunted” in the mountains and the wounded were killed with machetes.

In total it is estimated that more than 400 people died that day.

And some 40 children who had managed to escape were handed over as servants in nearby towns or died on the way.

Ana Noriega, from the Napalpí Foundation, told BBC Mundo that between 70% and 80% of the population of the Napalpí Reduction was massacred.

Those who managed to survive had to hide from the authorities who sought to eliminate all evidence of what they had done, in order to deny what had happened.

According to the official version, what happened was a confrontation between aborigines that had to be suffocated by the police, a story that was reflected in the press of the time.

However, the stories that the survivors told their descendants about that day would be key so that today, 98 years later, that ethnocide is being judged.

He was the Qom historian John Boy who, based on the stories of her grandmother, Saturnina, began to investigate the facts and collected testimonies and evidence that she would eventually publish in her book “La voz de la sangre”, which allowed her to begin to break the historical silence about what happened, to beginning of this century.

The recorded testimony of Chico, who died in 2021 at the age of 42 from covid, was heard at the opening of the hearings on April 19.

The audiovisual record of two of the last survivors of the massacre, the centenarians Pedro Balquinta and Rosa Grilo, who testified before the prosecutors in 2014 and 2018, respectively, was also heard.

“It is very sad for me because they killed my father and I hardly want to remember, it makes my heart ache“, Grilo, the last victim who gave his testimony, said at the beginning of his statement.

In an upcoming hearing to be held on May 3 at the House of Cultures in Machagai, the municipality in which the town of Napalpí is located, the descendants of the survivors of the massacre will testify.

Noriega, from the Napalpí Foundation -founded by Chico-, highlighted that “It is the first time that the oral memory of the peoples, what is passed down from generation to generation, It will have the same validity as the word of academics and experts. This is very important”.

“This trial is going to empower people, endorse their story, which they have heard many times, but was always denied by the media and the state of the moment.”

For her part, Judge Niremperger pointed out at the opening of the trial that it not only seeks to “calm the wounds” and “repair” the damage of the past.

It is also a message for present and future generations.

“It has a purpose that is to activate the memory and generate collective consciousness that the serious violations of human rights must not be repeated”.

Now you can receive notifications from BBC News World. Download our app and activate them so you don’t miss our best content.