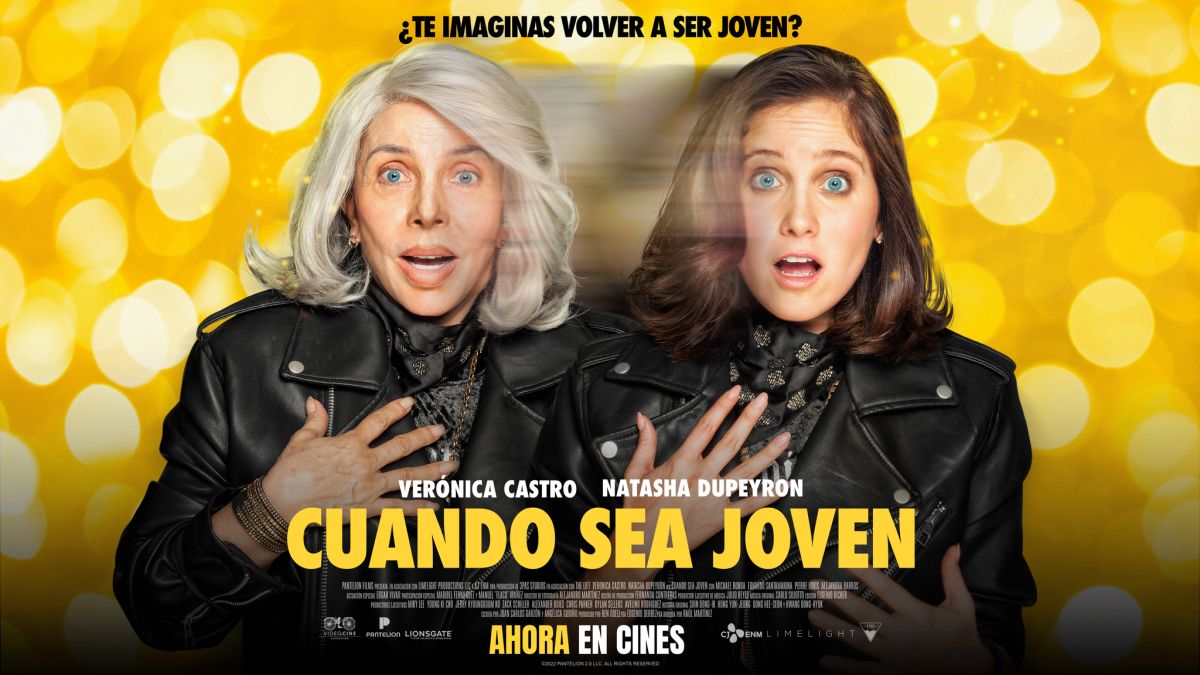 Verónica Castro returns to the big screen with the film “When I am young”, alongside Natasha Dupeyrón. Together they are experiencing a very important day, since the production opens today in the United States and It can be seen in 300 movie theaters.

The production of this film shared with us that this family feature film was directed by Raúl Martínez (El Mesero), was produced by Eugenio Derbez and Ben Odell’s 3Pas Studios and has a stellar cast that includes Michael Ronda, Eduardo Santamarina, Pierre Louis, and Alejandra Barros.

The film also features a special performance by Edgar Vivar and the participation of Maribel Fernández “La Pelangocha” and Manuel “El Flaco” Ibáñez.

There is no doubt that this project has many of the great talents spoiled by the Hispanic public, and we have seen many of them in soap operas and family entertainment programs.

The premise of the film, in the mouth of Verónica Castro, calls us to today, to live the life that we have in our hands now, not to repent, but to change whatever is needed in search of happiness, because the time moves on and if we don’t do what we want now, one day we will be standing in front of the mirror discovering ourselves without time and without real energy.

Juan Carlos Garzón and Angélica Gudiño were in charge of writing the film, which is based on the original story “Miss Granny” written and directed by Hwang Dong-Hyuk, creator of “Squid Game”, and Shin Dong-Ik, Hong Yun- Jeong, Dong Hee-Seon.

Read more about cinema here:
Jorge Fons, famous Mexican filmmaker, dies at 83
Movies for just $3: Saturday, September 3, is National Day to Go to the Movies in the US.
Horror movies: “The Invitation” premieres this August 26