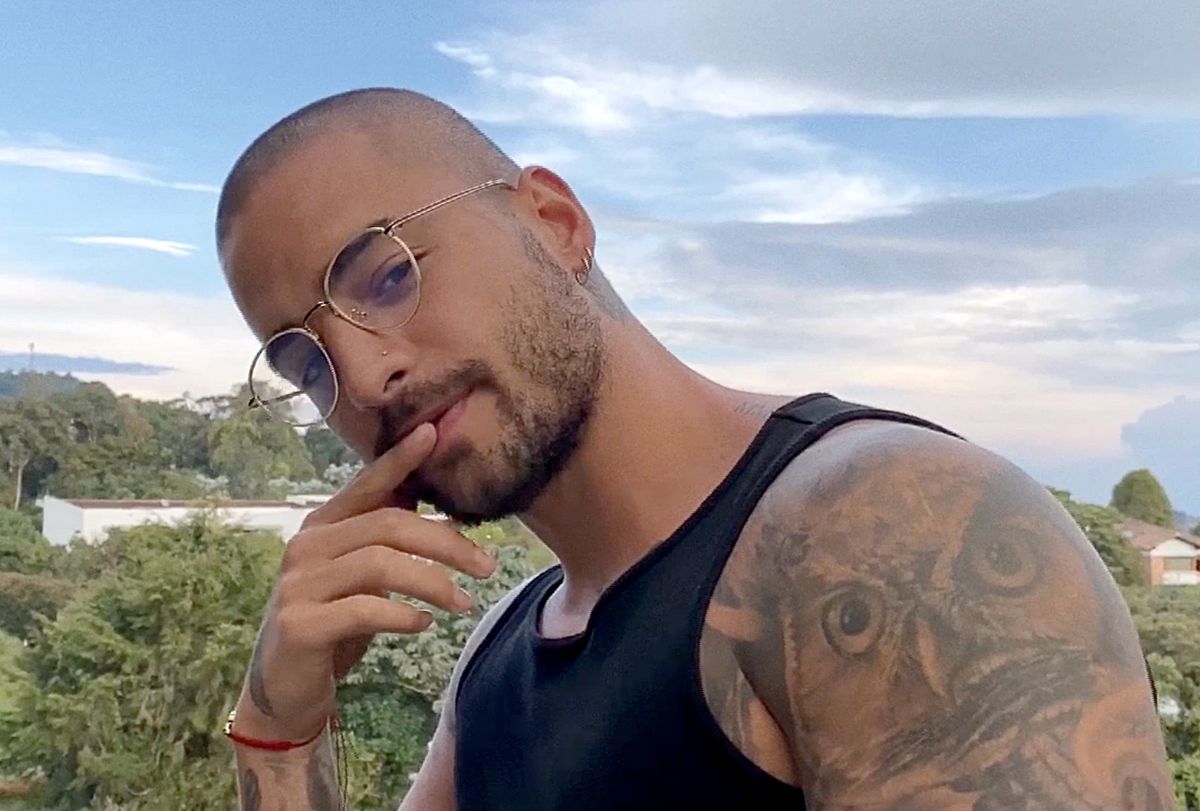 Maluma He is back, days after resuming Papi Juancho’s tour in a clear and straightforward way he tells his audience: “Hopefully they can get vaccinated to enjoy the concerts”.

In an intimate chat we had with Juan Luis Londoño at the FTX Arena Miami, which will host his tour in November, the singer-songwriter did not escape anything and with a cup of coffee in his hand and a cell phone in his pocket to talk to your mother as soon as the interview is over, He spoke of his return to the tour that he had to suspend, when COVID-19 was present and the world was paralyzed.

However, like many musician, He did not stop he released two albums and two hits that made the world dance, at least at home: ‘Hawaii’ and ‘Sobrio’.

This August 21, as a prelude to the tour that begins on September 2 in Sacramento, California, Maluma will participate in ‘We Love New York: The Homecoming Concert’, the concert to be held in Central Park together with big stars and that will be broadcast live on CNN.

But while he tells us about the excitement he feels for his return, he also talks about the vaccine against COVID-19, the same one that he decided to get, regardless of whether his defenses were high or whether he was young, but to honor his own, his family and his followers.

Here is everything he told us:

– Juan Luis congratulations, the tour is finally resuming.
Maluma: Yes! Already, after more than a year and a half happy to return to the stage, very happy because I already needed to sing, share with my audience again, sing the songs that I released during the pandemic, that is, fThere were two albums Papi Juancho and Siete Días en Jamaica, so we are very excited and looking forward to what will happen..

– When you find out, like everyone else, that the tour is ending, what was the feeling?
Maluma: Everything was gradual, because when I interrupted my tour of Europe, we were in Greece, the only thing that was said was that they were going to take a 2-week break, then they began to tell me that it was a month, then it did not improve that there were 2 months, the two months turned into 6 months … That’s when I was shocked and I said: “I have to stay at home, the cases keep increasing and this is really destroying a part of humanity”… And that’s where it gave me a little shock, it scared me, it scared me because obviously because of my family and I preferred to be kept in my house. But nevertheless, they were beautiful moments because I was able to share with my friends, my family, my dogs, with the person who was there inside my home, it was special, but then it was necessary to go out and resume.

-This pause creates many first times, now it will be the first historical time that you resume a concert, and the first time that you are going to play hits that you created in a pandemic on stage …
Maluma: I feel like it was the first time that I was going to go on stageWell, now we have a concert in the reopening of the city of New York, and it will be the first concert that we are going to give after all this began, we are nervous and obviously the musicians who are my band, who are my team and who are my family too, are kind of waiting for what we are going to experience, but we are ready, We have been preparing the show for about 2 months, and I’m sure you will like it so you can’t miss it.

– What was the feeling when you started rehearsing and preparing this show for the comeback?
Maluma: It was very emotional… When I saw the musicians again, they all traveled to Colombia, because we were doing rehearsals in Colombia… We hugged, some shed tears, because after 8 years of turning and stopping so abruptly it was like a test for everyone, it was something difficult, and more knowing that musicians and entertainment people live from tours and shows on a day-to-day basis, but we met again, we saw the light at the end of the tunnel, which for me was the most important: to see that we were going to return, we are here, it is a reality and the truth generates a lot of emotion.

– What are we going to expect on this tour that is starting again?
Maluma: Many surprises, new songs that I never sang, that for me is like the part that generates adrenaline, a 360 stage because the arenas will be open 360, and that is the idea that people come and enjoy it. Obviously with its security measures and I hope that everyone can get vaccinated, to enjoy the concerts, and nothing to enjoy because Papi Juancho is back … Maluma is back this comes with all the power and it will be brutal.

-You said that I hope everyone gets vaccinated, we are currently in the United States facing a fourth wave, it is the pandemic called the ‘Unvaccinated’, what is your message? What do you think as a young man?
Maluma: Yes, I think you have to be very real and direct, you have to be realistic in this matter, I think you have to get vaccinated definitely, since life is going to be very difficult without the vaccine, and don’t do it for yourself, even do it for the people around you, for me that is the most fundamental thing, I would love to convey that message to you, to get vaccinated, to do it for the people around you, which is fundamental.

– Did you get vaccinated?
Maluma: Yes of course.

– How did you feel, was it an easy decision, was it a decision that you didn’t think about?
Maluma: Easy, I did not have to think twice, I did it, it was for my family, I wanted to be with my grandparents, I wanted to be with all of them, I already needed them a lot, maybe I had a strong enough immune system that I did not need the vaccine, but I did it, it was because of them the truth.

– How do you imagine this meeting with your audience?
Maluma: Very exciting indeed, it will be very special, after so long, is that just thinking about it they enter me like butterflies and give me some nerves as very positive, it will be beautiful, it will be special… And I go back and repeat it will be very emotional, let’s see what we expect.

– If at this moment you close your eyes, you are in New York on stage, in your first concert and you hear your name chanted, what do you feel?
Maluma: It makes me want to cry the truth kneel on stage and thank, for me that is the most important thing: to be able to thank God, the Universe, the fans for being there. As I tell them that they are ‘Maluma’s Family’, we are like they are not fans but rather part of my family, because It’s already been a 10-year career in which they have been there with me, and it is thanks to them that my family eats you understand, then nothing is like thanking them with all my heart and hoping that they can accompany me on this spectacular tour.

-What happens when your fans are your family, but you also need your time to be human?
Maluma: Well, they are things that happen, they are things that are lived in my career, it is normal, from the beginning I was doing school, you have to become a little more intelligent in the things you do, in the places you go, when you go out, I am a very familiar person, I really like being at home, I hardly like going out, enjoying mine and well that heat of the fans is never too much.

– What would you say to the sober and drunk public?
Maluma: To all those who are sober, I think they will need it, not because I am encouraging them to have a drink, well, but a little yes, But if you miss that person, believe me, it will be easier for you if you drink something and make that call., that they miss doing for a long time and they communicate with that person they miss.

WATCH THE FULL INTERVIEW WITH MALUMA IN VIDEO:

The tour begins on September 2 in Sacramento, California, and will tour more than 27 cities including important concert arenas such as: FTX Arena in Miami (American Airlines Arena), Madison Square Garden in New York and The Forum in Los Angeles.

The concerts will be held from a stage in the middle of the arenas with a 360 audience (his first tour with this perfect configuration for the large arenas in which he will perform).