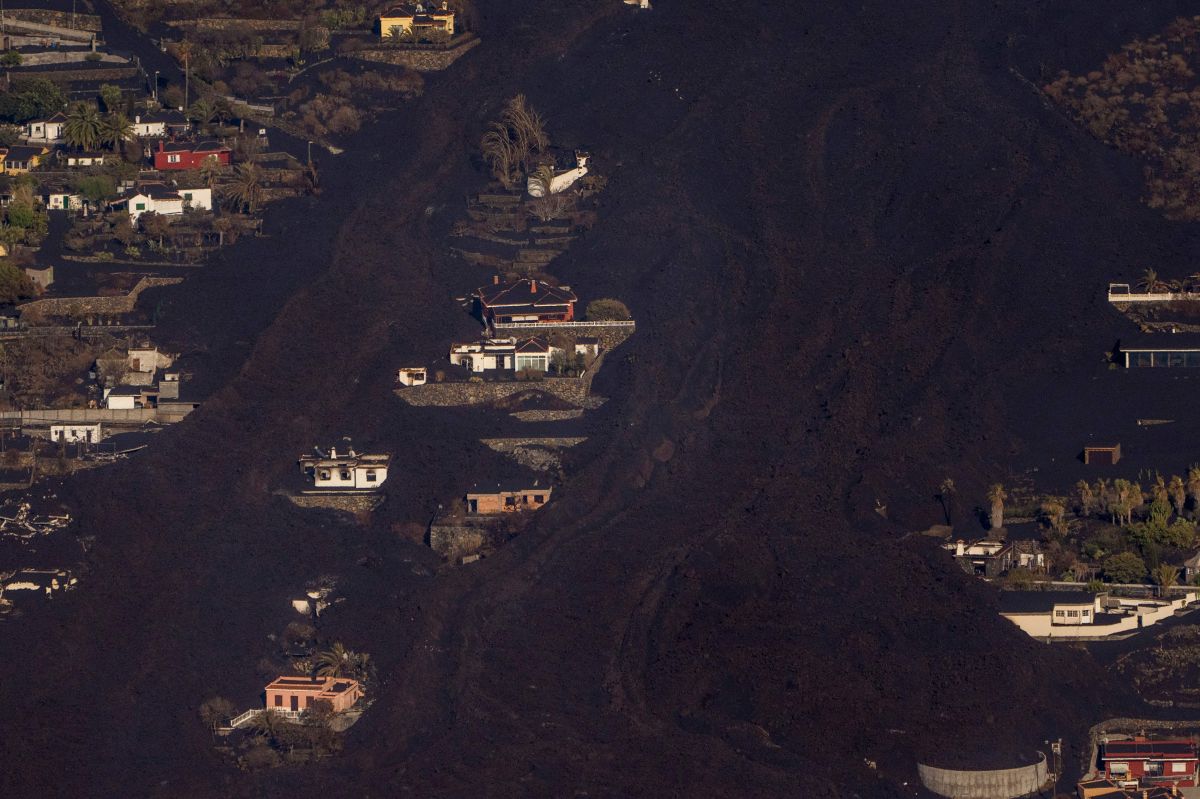 The possible rescue of a group of dogs trapped in several ponds on La Palma has attracted the attention of thousands of people who, amid so many adversities caused by the Cumbre Vieja, hope to see the canines safely and of, at least, win a game from the volcano that has already destroyed Todoque and that now threatens the La Laguna neighborhood.

“We have been on the volcano for 31 days. We all had some kind of hope, but the reality is that there has not been a single day of truce“, Said this Wednesday in the Canary Islands Radio Noelia García, mayor of Los Llanos de Aridane, the Spanish municipality that saw the Todoque neighborhood disappear in slow motion and that now contemplates, astonished, how history repeats itself with the nucleus of La Laguna.

Perhaps that is why La Palma put all the facilities to work when an animal defense group raised its voice to warn of the abandonment suffered by a group of dogs that had been surrounded by two lava flows in an area that had been evacuated for weeks, abandoned to their fate on a kind of green island within the tremendous field of black terrain that continues to form the volcano.

It is known that the dogs are there because some drones that flew over the area where he filmed them. Those same tools were even used these days to get them some food for the last few weeks.

It is really unknown how many there are and not even the people who try to rescue them know who they belong to, but almost everyone suspects what their context is. They are hunting dogs.

This Wednesday was the marked moment for the Aerocámaras firm to test if it can get them out of there with its transport drones, as it assures. And he was able to do a hopeful test: move a load of 15 kilos on that terrain for 1,200 meters (they will supposedly have to fly 500 meters one way and another 500 back), with a third of the battery left.

However, an unexpected problem arose: the dogs are not there, or at least the drones do not see them, not even with thermal cameras. Because, with the close to 30 degrees that it was this midday in the south of La Palma, if one of the canines was sheltered in the shade of a bush or of any element that has survived the ashes, its thermal footprint is indistinguishable from that of a stone.

“With our cameras we can distinguish the faces of dogs at 300 or 400 meters, but it is true that they can be hidden in bushes and in many other places. This makes heat difficult to locate“, Explained the CEO of Arocámaras, Jaime Pereira, in a press conference.

Neither the company, nor the animal rights group that promoted the operation, Leales.org, threw in the towel. They will continue searching this afternoon, when temperatures drop, and the same tomorrow, Thursday morning. Even at night, if conditions allow it, Pereira said.

In the meantime, the drones continue to fly over the area surrounded by the streams, reproducing sounds that should attract the canines, assuming they are used to those little helicopters that provided them with food for days.

The distance of 500 meters from the place where the dogs are believed to be was set by the Special Plan for Civil Protection against Volcanic Risk of the Canary Islands (Pevolca) thinking about the safety of the people who operate the drones and provide them with support, because the lava in that area is still very hot, although its crust already seems cold.

“We are very well advised by a team of veterinarians. We know that they are very tough dogs, they can take really complicated situations. As soon as we see only one dog, we will ask for authorization to remove it and, from there, the person in charge on duty will decide, ”Pereira stressed.

If they succeed, they will give a little joy to thousands of palm trees who have been subjected to the slow-motion torture of the advance of lava flows over hundreds of houses and farmland for a month, resigned people who have assumed that nothing can be done, that it is only possible to depart. But this time it may be; this time, if only for an instant, they may bend the volcano by the arm.

Read also:
–UN: Climate change will destroy glaciers in Africa and increase food insecurity in the region
–Biden’s delegate in Mexico defended wind and solar energy before AMLO
-VIDEO: A meteorite fell on the bed of a lady in British Columbia while she slept