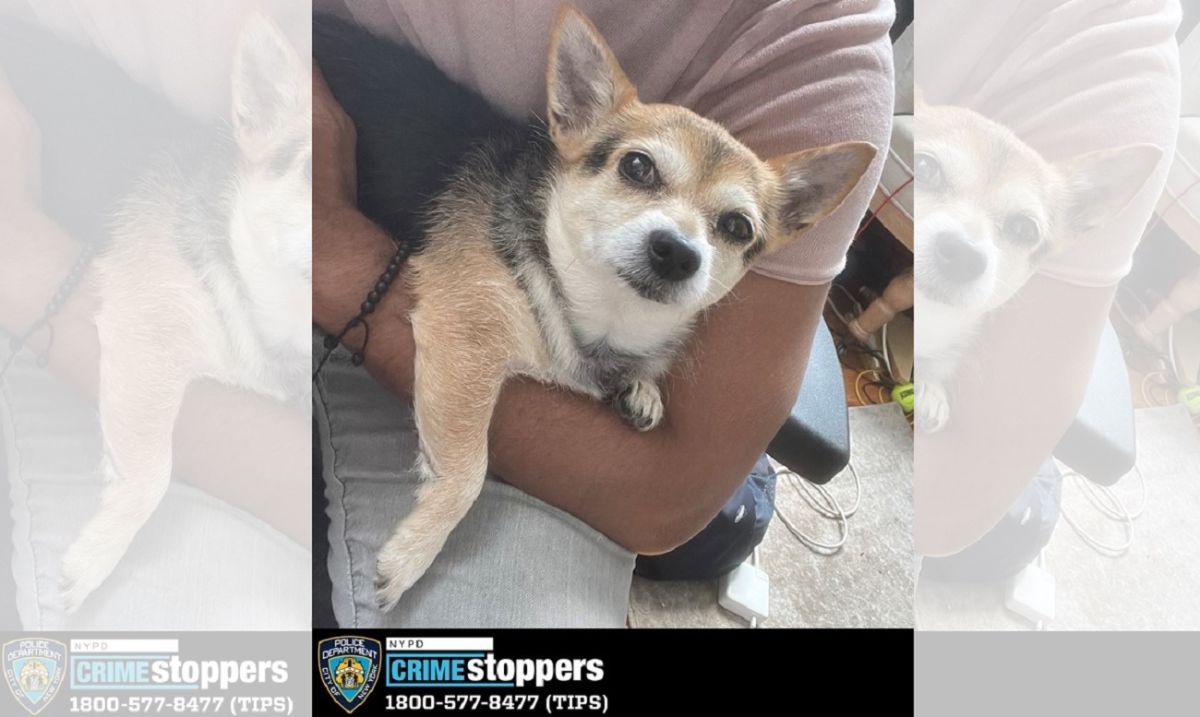 Three thieves demanded money from a man, but ended up take away a little dog named Mango in Brooklyn.

The New York Police Department published images of the puppy and three subjects who would have stolen it, after attacking the 29-year-old owner on White Street.

“Do you know who took Mango?” The NYPD posted on Twitter asking for help from citizens, in order to locate the pet.

According to the report, the three subjects demanded money from the owner of Mango; It is not clear if they managed to take any amount, but the authorities indicate that the bad guys took the puppy.

Pet theft has occurred on several occasions in the Big Apple, one of them in June, in Queens, where a 75-year-old man lost his pet at the hands of a subject who snatched it from him.

The events that occurred in Ozone Park were recorded on video, but there are no reports that the gray and white mini pittbull – with an estimated value of $800 dollars – has been recovered.

NYPD asks for help from anyone who provides information on Mango and his captors.

– Brooklyn Pastor Assaulted While Delivering Sermon Charged With Stealing $90,000 From Parishioner
– NYPD Investigating 3 Mysterious Deaths in Queens and Brooklyn
– Young man who killed his mother and jumped from the 16th floor of a luxurious building in Manhattan was “lonely” and “without direction”, say acquaintances