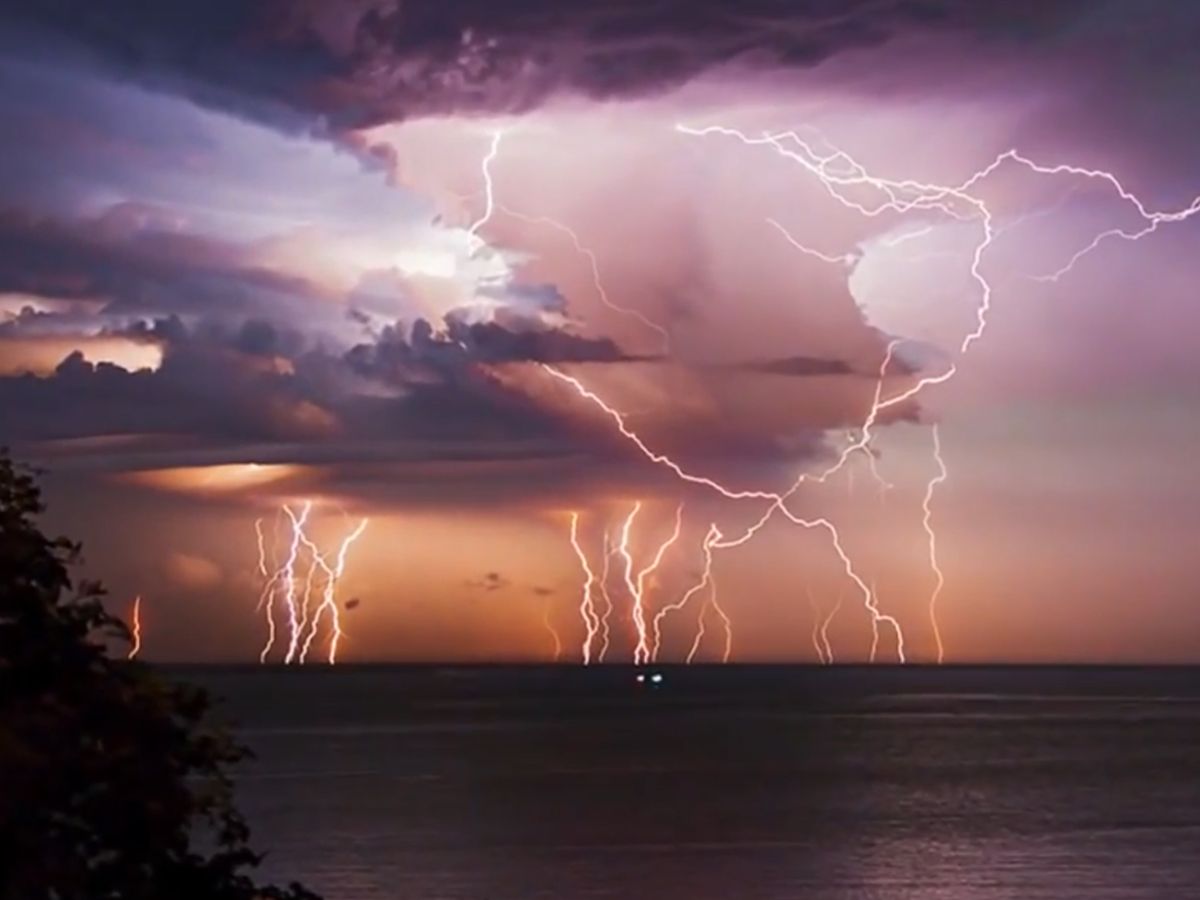 Since the dawn of humanity, lightning and bolts they have been a source of both curiosity and wonder.

Even if dozens of bolts and lightning crackle at any time somewhere on Earth, these brief electrical discharges, typically lasting less than 30 microseconds, remain unusually difficult to study. However, satellites have done much to deepen our understanding of Lightning strikes and lightning that occur on Earth in the last decades.

Sensors in space, like the Lightning Image Sensor (LIS) on the International Space Station (ISS LIS have provided high-quality observations of lightning since the 1990s, allowing atmospheric scientists quantify and map the global distribution of lightning.

The above map is based on lightning observations made with multiple sensors. Scientists at Los Alamos National Laboratory and the University of Alabama-Huntsville released an updated map in March 2021. Researchers at NASA‘s Marshall Space Flight Center released a similar map of lightning activity, based on three years of ISS observations. LIS, in July 2020.

The Lightning Imaging Sensor (LIS) is a space-based lightning sensor aboard the International Space Station (ISS). The ISS LIS instrument records the time of lightning occurrence, measures radiant energy, and estimates location during day and night with high detection efficiency.

Previous lightning activity maps assigned lightning strikes a single coordinate on a map. By reprocessing all OTD and LIS data, scientists were able to include the horizontal dimensions of lightning.

The incredible horizontal dimensions of some rays

“Our analysis accounts for the fact that lightning can propagate horizontally, not just vertically from clouds to the ground,” Michael Peterson explained, from the Los Alamos National Laboratory. “One way to think about this new climatology is that it tells us how often an observer can expect lightning to be visible overhead, regardless of where the flash started or ended.”

The longest beam evers recorded spanned 709 kilometers (440 mi) as it crackled through the skies of Argentina and Brazil for 11 seconds in 2018.

The lightning capitals of the world

With an average flash rate of 389 lightning strikes per day, Lake Maracaibo in northern Venezuela (shown at top) has the highest flare extension density in the world. The unique geography of that region fuels weather patterns that make it a magnet for thunderstorms and lightning.

The area along Lake Kivu, on the border of Rwanda and the Democratic Republic of the Congo, ranks second with an average of 368 flashes per day.

Some scientists anticipate that the patterns will change as the world warms and weather fronts and storm tracks adjust. By contributing to the production of nitrogen dioxide, a greenhouse gas, lightning also directly contributes to global warming.

“There is additional urgency to look at the effect of climate change on lightning because the World Weather Agency recently added lightning to its list of essential climate variables,” said Tim Lang, NASA Marshall atmospheric scientist.

With information from NASA Earth Observatory

– Why NASA declared Lake Maracaibo the lightning capital of the world