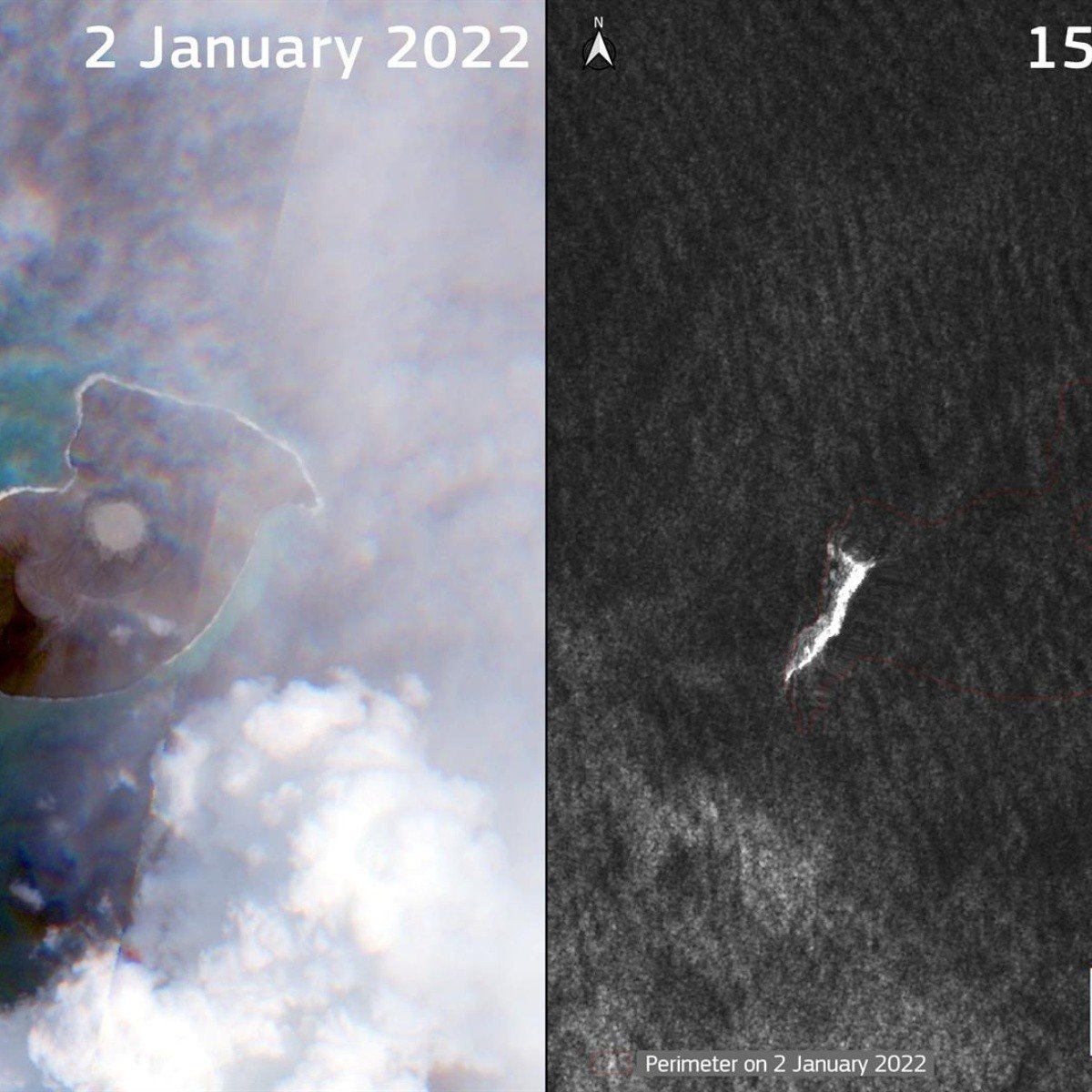 The island of the Hunga Tonga-Hunga Ha´apai volcano disappeared almost entirely after violent eruption of January 15 which generated a gigantic mushroom of steam, gas and ash. This strip of land that arose in the middle of Polynesia, created by the eruption in December 2005, no longer exists.

This information can be verified by comparing the satellite images taken by Sentinel 2 of the European Union (EU) on January 2, with another one from Sentinel 1 captured 12 hours after the eruption, when the cloud dissipated enough to visualize the eruption. area from space.

Located about 45 kilometers northwest of the Tongan capital Nukuʻalofa and measuring 500 meters in length, the island took shape between two islands formerly formed by the Hunga Tonga underwater volcano after it erupted in December 2015, according to information published by the EFE agency.

Only traces of the two initial islands are visible in the new satellite images. The island was formed by the accumulation of fragmented magmatic rock.

Following the eruption, the New Zealand and Australian governments sent in surveillance planes to gather information, with New Zealanders reporting “significant damage” along the coast of Tonfatapu, Tonga’s main island.

Read more: There’s a chance for more! Death reported by volcano eruption and tsunami in Tonga

The eruption of the volcano began under water at the end of December, which caused increasingly powerful explosions due to the interaction between the magma and the sea water, explained AFP Raphael Grandin, of the Institut de physique du globe de Paris (IPGP). .