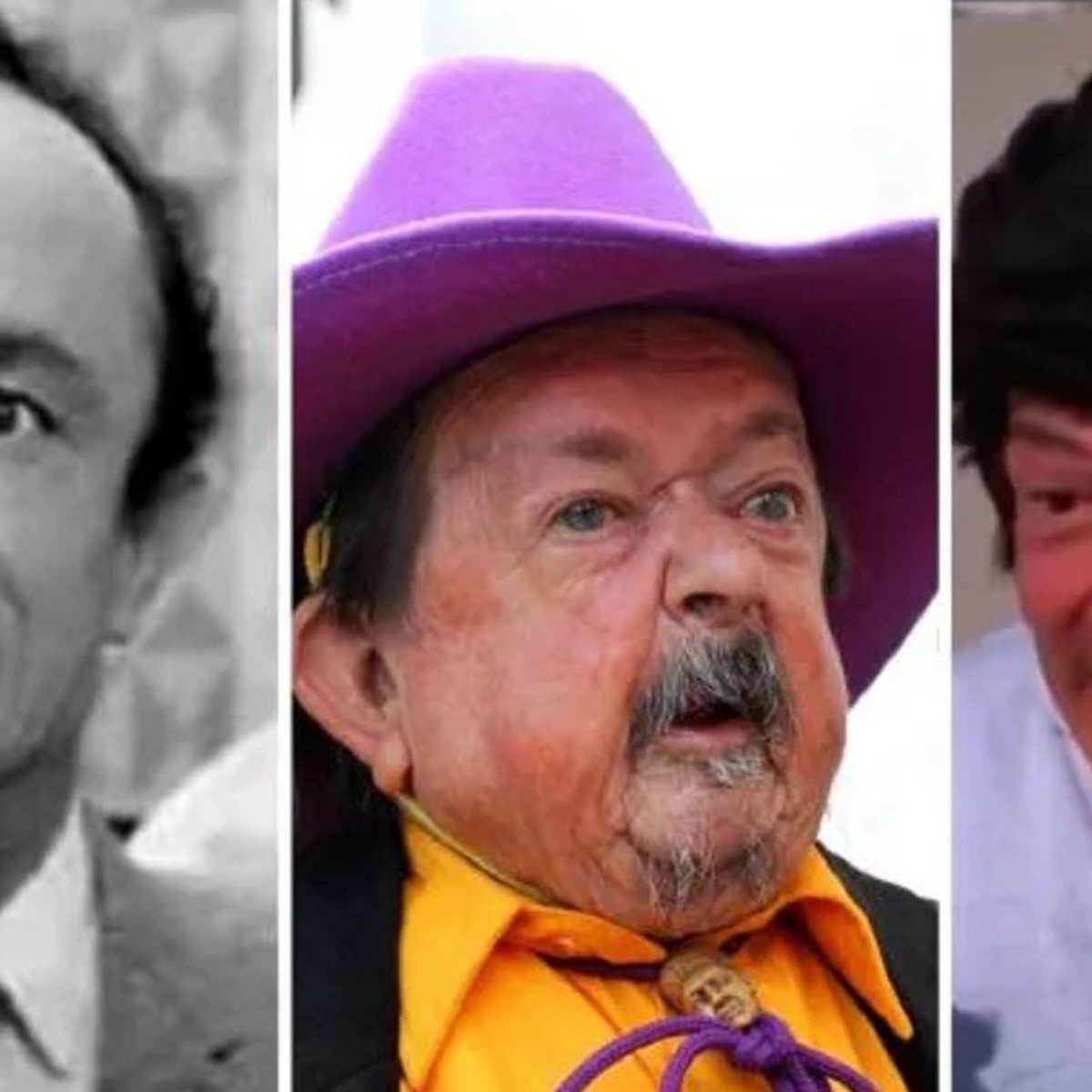 In the world of acting, three small giants of acting stand out, they were in charge of paving the way for small people have a presence in the artistic environment.

It’s about the actors. Margarito Esparza, “El Enano Santanón” and “El Tun Tun”who were the most outstanding actors with dwarfism in the so-called Golden Age of Mexican Cinema.

It seems that in addition to the genetic disorder that characterized them, these histriones also had in common that their lives ended tragically, so this time we will make a brief tour of the respective careers of these little giants of acting.

It is highlighted that Rafael Muñoz Aldrete was the name of the famous actor who was better known as “El Enano Santanón”, he was born in San Miguel el Alto, Jalisco on October 24, 1929 and from the age of 12 he began to work in an artistic tent where He was polished as an actor.

It was in 1944 when he made his film debut with the film “Recuerdos de mi valle”, which marks the beginning of a fruitful career in which he managed to participate in more than 50 productions.

It is also highlighted that “El Enano Santanón” worked alongside the greatest figures of national cinema and due to his talent he participated in different genres such as western, science fiction and even in wrestling movies, which allowed him to stay active until late 1970s.

It is unknown if the actor was married or if he had children, however, after his retirement from the cinema he was admitted to an asylum in Ciudad Juárez, where he spent the last years of his life, until in January 2002 a heart attack took his life. at 71 years of age.

José Rene Ruiz Martínez “Tun Tun”, was born on November 22, 1932 in Tampico, Tamaulipas and it is known that his childhood was extremely complicated because due to his illness, the actor was confined to his home on the instructions of his father, who wanted avoid making fun of him, so this situation caused him different insecurities.

During his adolescence Ruiz Martínez met a dancer who was in charge of bringing him closer to the world of entertainment, in addition, this woman named Rocío Gentz ​​later became his wife.

It was in the year 1949, when “Tun Tun” debuted at the Golden Cinema with a small intervention in “El Rey del Barrio” with Germán Valdés “Tin Tan” and after this first appearance it was recurrent to see him in the films of the ” Golden Pachuco”. During the 1960s, the career of “Guliver”, as he was also known, lost a bit of visibility, however, in the 1970s he once again stood out thanks to his amusing interventions in the Cine de Ficheras, a genre in which which became a benchmark.

The last years of the actor’s life were extremely unfortunate because it is known that his ex-wife took away the fortune he amassed throughout his career, for which he fell into a deep depression, in addition, he began to have different health conditions that resulted in a sudden heart attack that took his life in October 1993. “Tun Tun” spent his last days at the Casa del Actor.

IT MAY INTEREST YOU: Salvador Zerboni explodes after the Kiss of Vengeance in LCDLF2

The actor was born on June 10, 1936 in San Ignacio, Sinaloa and despite the fact that there is very little information about his childhood and adolescence, it is known that he began his artistic career as a singer and composer.

However, at the beginning of the 1950s he ventured into acting playing some small roles with comic overtones in different television programs and this opened the doors for him to shine on the big screen, his first film was “El Mariachi unknown” ( 1953) together with Germán Valdés “Tin Tan”.

It is said that after the end of the Golden Cinema Era in Mexico, Margarito Esparza Narváez worked in some films in the United States and later traveled to El Salvador where he participated in different local television programs.

On his return to Mexico, the lack of opportunities in the cinema forced him to sing in public transport buses, it is worth mentioning that he had some calls sporadically, so he never completely left the artistic environment.

Margarito Esparza’s career once again had a great projection thanks to his participation in programs such as “Al Fin de Semana”, “La pot”, Ponchivisión”, “La Jaula”, Vida TV”, “No Manches!” and “Incognito”, the latter two being the most successful in the early 2000s.

It is worth mentioning that this second golden age in the actor’s career lasted until around 2013 when he stopped appearing on television and this made him fall into a strong financial crisis, which worsened because he began to experience different health complications. which led to a cardiac arrest that took his life in May 2016.