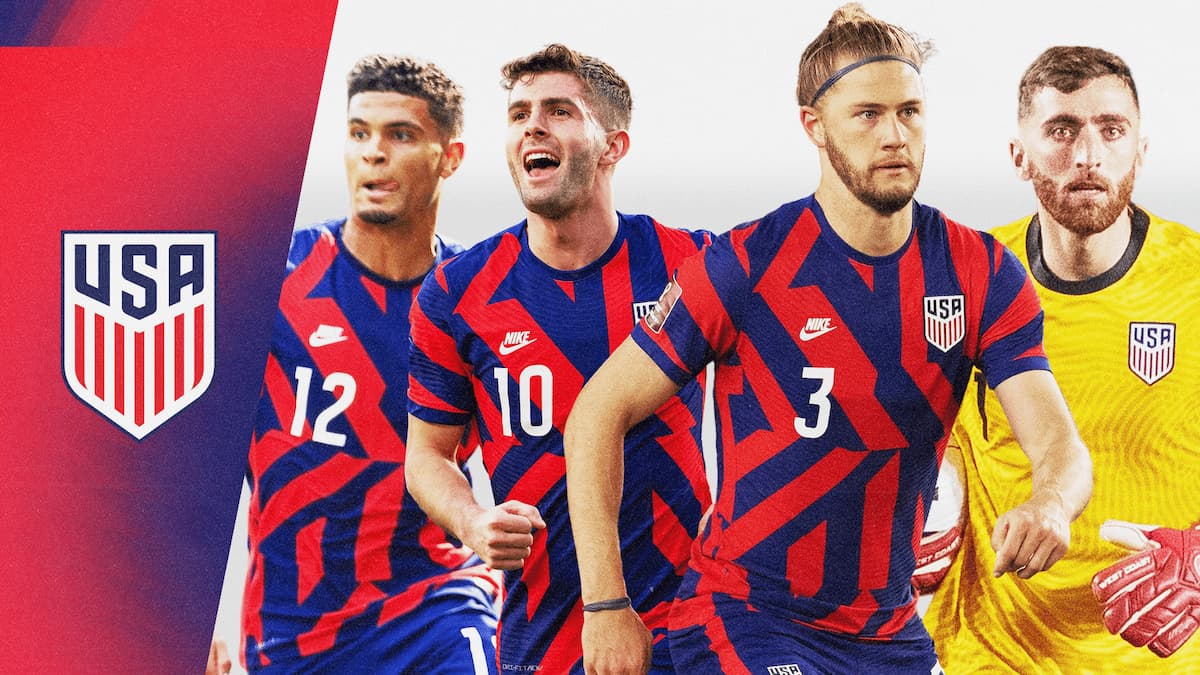 The 2022 World Cup isn’t far away now with the MLS campaign well and truly in full swing and Europe’s big five leagues all due back in action soon.

That means the vast majority of the US mens national team will be in competitive action as they start to lock down their places in Gregg Berhalter’s squad.

According to the latest World Cup odds the US team is not favored to get much further than, perhaps, a round of 16 exit. However, everything can happen and here we look at those who are likely to be key players for the USMNT at Qatar 2022.

The goalkeeper position has long been a source of debate amongst fans of the USMNT. On paper, the United States have two able keepers to call on in the shape of Zack Steffen and Matt Turner but neither have enjoyed much playing time of late; this has lead to major question marks over the ability to be first choice at Qatar. Why then are we now backing Steffen as someone that will be a key player?

Turner has signed a deal with Arsenal, which looks like a good move for the players career scrapbook but, in reality, he’s unlikely to play much football with Aaron Ramsdale the nailed on starter for the Gunners. Turner will likely get to strut his stuff in cup games but that’s not going to be enough to a) blow out any cobwebs and b) showcase his qualities.

By contrast, Steffen has joined Middlesbrough, who play in the Championship, on loan for the season. The move is a much less glamorous one but he’ll be playing every game and that will see him find some semblance of form. If he can do that, then the US have a very good keeper on their hands.

The obvious thing to say is that Steffen is a good shot stopper, however, what we really mean by that is that he has great agility for reacting to shots on goal and has nailed down the knack of spreading himself when faced with a striker closing in on goal; this doesn’t mean he saves everything but it does make him a tough man to beat.

He also likes to play high up in his box to play sweeper behind his backline; that’s a significant trait of Man City goalkeepers though so could get toned down at international level, especially in Qatar.

If the USMNT are to have a successful World Cup then it’s fair to say they’ll need to win a midfield battle or two. They are reasonably well stocked in that area with players like Weston McKennie of Juventus a serious option. Our pick to be a standout player for them though is Tyler Adams; he has recently made a move from RB Leipzig to Leeds United where he’ll be coached by Jesse Marash.

The 23-year-old is a highly versatile player, which will immediately endear him to the coach when naming a squad, but his best role in undoubtedly the defensive midfield position; that is where he spends most of his playing time. For Leipzig, he’s been a fairly consistent performer featuring in 24 Bundesliga games last season along with a handful of Champions League games.

In the next few months he’ll face a new challenge in adapting to England’s Premier League but that could be a blessing for him and the USMNT ahead of Qatar. With Kalvin Phillips having left Leeds, Adams will be playing almost every game and at a level where he’ll be tested each time too; that should have him razor sharp ahead of Qatar.

I’m terms of his footballing style, Adams is a neat and tidy player in possession but his qualities as a player really come to light when his team don’t have the ball. Adams’ is highly intellectual on a football pitch and reads the game fantastically well. This sees him snuff out danger on a regular basis with one of his favourite things to do being taking control of those little pockets of space that can open up between a defence and midfield; not with Adams on parole.

Of course we end our look at the key players for the USMNT ahead of Qatar 2022 with Christian Pulisic; he is after all the very embodiment of Captain America with his all guns blazing attacking force and all round personality that oozes confidence.

That all said, Pulisic has a big few months ahead of him. The 23-year-old won’t be happy with his situation at Chelsea where he’s struggled for game time – he only played 1,285 league minutes last season. Some of that is down to manager choice at the Stamford Bridge club whilst other elements of it are down to the player and bad luck with niggles and injuries.

Truth be told, Pulisic could spend the next few months sat on the bench though and he’d be in Berhalter’s side come the opening game of Qatar 2022 as the UMSNT take on Wales.

Pulisic has shown what he can deliver on the grass time and time again. The winger is capable of terrorising defenders with his ability to turn them inside out whilst he can deliver the telling contributions in the final third too in respect of goals and assists; we mean, he already has 33 goal contributions (21 goals and 12 assists) in just 51 international appearances.

Even in his limited gametime at Chelsea he’s contributed end product as well; he scored eight and laid on another five last season alone! If the USMNT are to make it out of Group B you feel they’ll need a fit and firing Pulisic in their side.

There you have it, the key players for the USMNT ahead of Qatar 2022. Who do you think will be the surprise throughout the team’s campaign in Qatar? Let us know in the comments below.