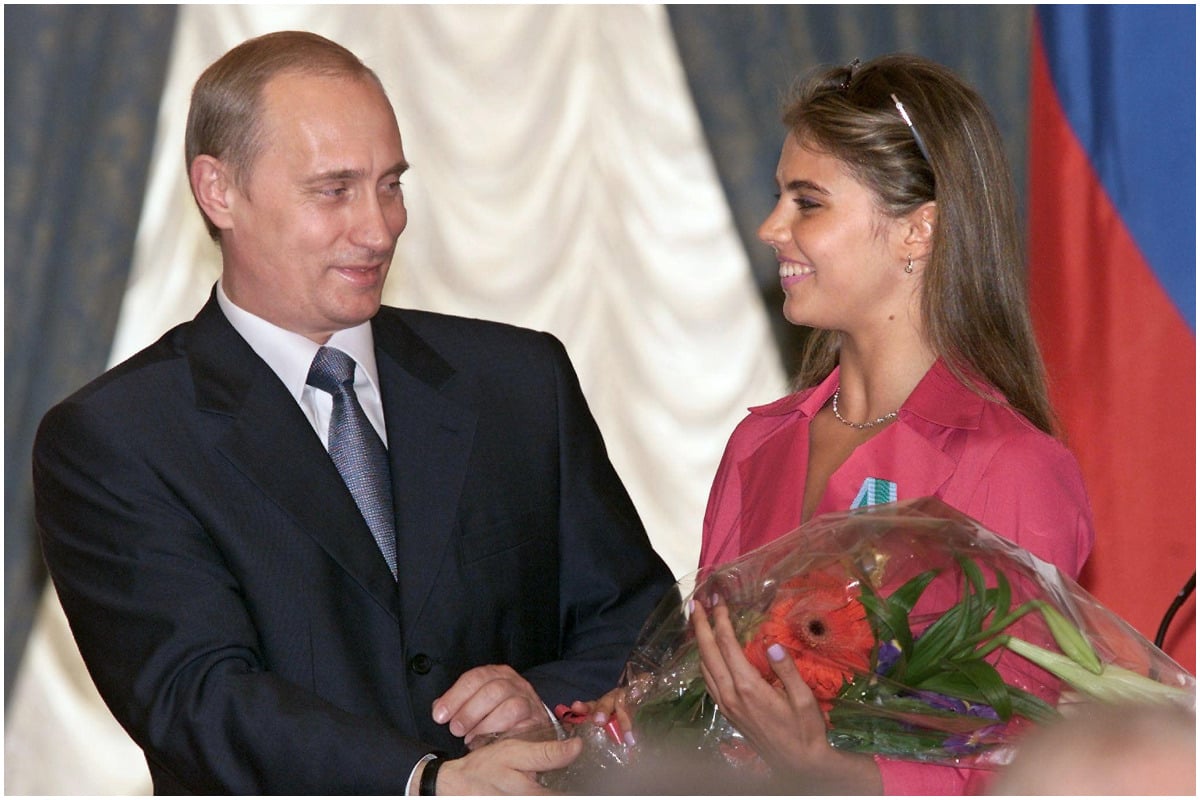 The Russian president has become the target of millions of eyes in the world since he invaded Ukraine with his troops, although there are other issues that surround the enigmatic life of the Russian leader, among them; to her lover with whom she has been with for several years and has two children.

In recent days, some media outlets have noted that the distracted president, in part because he is struggling with He suffers from Parkinson’s disease and, as reported, also has blood cancer.

The newspaper The Mirror ensures that there is another issue that keeps his mind busy, and that is that your girlfriend or lover, Alina Kabaeva is pregnant, something that did not seem to the Russian president. After not knowing anything about her for a long time, the former gymnast appeared in public a few weeks ago at an event in Moscow, supporting Russia’s war against Ukraine.

Likewise, it has been made public that Kabaeva will also be sanctioned by the United Kingdom for being so close to the Russian president.

Who is Alina Kabaeva? She was born on May 12, 1983 (39 years old) in Tashkent (Soviet Union). She started practicing rhythmic gymnastics from the age of 4 and after traveling to Russia to continue her training, she made her international debut in 1996. Two years later, when she was 15, she had a great victory at the European Championships.

At the age of 17, he represented Russia at the Sydney Olympics where he won the bronze medal in gymnastics.. Four years later at the Olympic Games in Athens, she won a gold medal in the gymnastics category.

Vladimir Putin and Alina Kabaeva met more than ten years ago and began a romance, which the Russian president always denied. In 2014, he divorced his wife Lyudmila Putina, with whom he had been married for 31 years, arguing that they never saw each other because of her husband’s work, although speculation about her romance with Kabaeva was obvious.

Alina retired from gymnastics, took part in some important positions, such as in the Russian Parliament, then joined Russia’s largest media conglomerate, as well as having a gymnastics studio in Moscow. The great fortune he possesses has largely been provided by the Russian president, This was detailed by CNN.

Some Russian newspapers revealed that Alina Kabaeva lived in Switzerland and remained there since her country’s war against Ukraine broke out, but last month she made her public appearance. Kabaeva had her first child in Switzerland in 2015 and her twins were born in Moscow in 2019. The former medalist is expecting a new baby and there has been much speculation that he is also the son of Vladimir Putin.

Now that Alina has appeared, some US officials have questioned whether she will receive the same sanctions for being close to Putin as they did for her two daughters.

The United Kingdom announced that it will sanction the former gymnastsince he has a millionaire fortune largely obtained by Vladimir Putin and with this he manages to surround the Russian president.