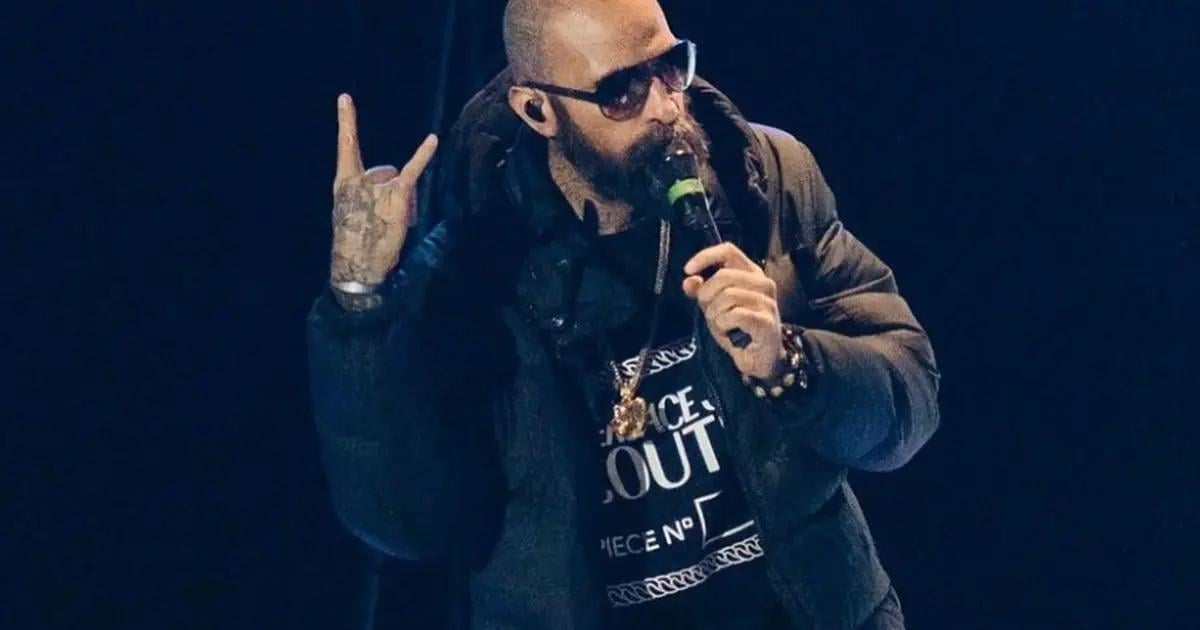 Eduardo Dávalos De Luna, better known as Babo, has generated great controversy among social media users after an intimate video that the leader of Cártel de Santa posted on his OnlyFans profile was leaked.

The Mexican rapper’s controversy comes after he released his single “Piensa en mí,” which he announced would have an official video in a public version and an explicit one that would only be available through the abovementioned adult content platform.

However, despite the strategy that the singer of “La Pelotona” tried to follow to promote his new song, an excerpt of that explicit video that shows the most intimate side of Babo began to circulate in social networks, confirming even that controversial body modification that had previously aroused the curiosity of thousands of his fans.

On March 2, 1977, in the town of Santa Catarina, Nuevo León, Eduardo Dávalos De Luna, better known as Babo, was born in the entertainment world.

Mexican rapper, composer, and producer Babo is also the founder of the acclaimed rap group Cártel de Santa, which over the years, has established itself as one of the most important references of the genre in the country.

The beginnings of the interpreter of Leve in music took place in the streets of the Nuevo Leon municipality mentioned earlier, where he and his friends began improvising rap songs, which gradually began to fuel his interest in the genre as a viable career.

In 2003 the Mexican rappers and producers released their first eponymous album, which contains some hits such as “Perros,” “Todas Mueren Por Mí,” or “La Pelotona.”

In 2007, Eduardo Dávalos De Luna’s life took a radical turn when he was imprisoned in prison in Nuevo León for the crime of aggravated homicide.

Babo himself portrayed the bitter episode in the song Cosas de la Vida de Cártel de Santa, in which he recounts how he had a quarrel with a man named Miguel Chávez and received a death threat that culminated in the accidental murder of Ulises Nayit Buenrostro.

“And for my compa Ulises, who came to throw me a corner, a ricochet bullet took his life, you know carnalito, with you, it wasn’t even a fight; you’ve always been a compa, you always belonged to the fleet,” Babo can be heard interpreting the song Cosas de la Vida.

The singer of “Todas Mueren Por Mí” spent nine months in the San Pedro Garza García prison, where he was released after allegedly paying a bail of 130 thousand pesos. After that, the controversial rapper continued producing music and giving live performances, which still positions him as one of the most famous rappers in Mexico.

Although nowadays it is common to hear the music of Cártel de Santa y Babo in every corner of Mexico, controversy continues to follow the acclaimed Mexican rapper since the harassment of the influencer Yuya, the explicit lyrics of his songs, his exotic pets, and the recent leak of his intimate video have been used by detractors to “cancel” the popular Mexican rapper.