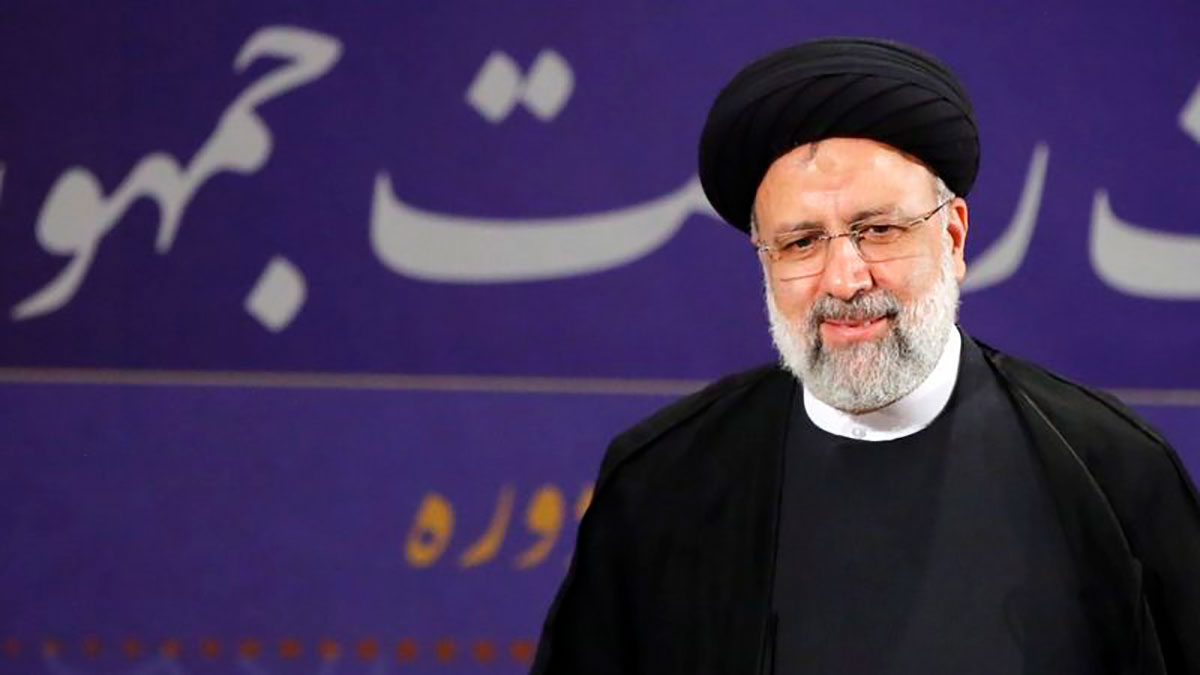 The ultra-conservative Ebrahim Raisi assumes the presidency of Iran on Thursday after being declared the winner of the disputed elections on June 18.

Raisi beat three other candidates in elections to which several applicants could not appear and in which a turnout of slightly less than 50% was registered, significantly lower than in 2017, when 73% of voters went to the polls.

State media reported that it obtained 62% of the votes: almost 18 million of the more than 28 million cast.

Raisi served in recent years as head of the Iranian judiciary.

Is subjected to United States sanctions and has been linked to executions of political prisoners in the past.

The president of Iran is the second highest ranking official in the country, after the Supreme leader, Ayatollah Ali Khamenei.

He has a great influence on domestic politics and foreign affairs, but it is the Ayatollah who has the last word in all affairs of state.

Iran’s hardliners oppose greater social freedoms and distrust the West, although some are in favor of reverting to an international agreement on the nuclear activity of his country

Who is Ebrahim Raisi?

The 60-year-old clergyman has served as a prosecutor for most of his career.

Raisi always wears a black turban that identifies him in the Shiite tradition as a descendant of the Prophet Muhammad.

He is regarded as a very loyal agent to the group of clerics that governs Iran and, in fact, is seen as a possible successor to Khamenei.

Raisi was appointed head of the judiciary in 2019, two years after he lost sharply to Rouhani in the last presidential election.

During the 2021 campaign he presented himself as the best candidate for fight corruption and solve Iran’s economic problems.

However, many Iranians and human rights activists have expressed concern about their role in the mass executions of political prisoners in the 1980s.

Raisi is singled out as a member of the so-called “death committee,” a group of four judges who in 1988 secretly issued death sentences against some 5,000 prisoners imprisoned near Iran, according to Amnesty International.

Iran has never recognized mass executions and Raisi has never addressed the allegations about his role in them.

Were the elections free?

Almost 600 candidates, including 40 women, registered for the elections.

But in the end only seven men were approved in May by the 12 jurists and Guardian Council theologians, an unelected body that has the final decision as to the suitability of the candidates.

Three of those candidates subsequently withdrew before voting day.

In response to this, some dissidents and reformists promised to boycott the elections.

Kasra Naji, a specialist for the BBC’s Persian service, claims that many Iranians viewed the elections as a brazen takeover by hardliners, who seem to have decided that they will never be able to win a free and fair election, judging for your past results.

What does your government mean for Iran and the world?

Naji argues that under Raisi’s tenure, Iran’s hardliners will seek to establish a puritan system of islamic government.

This means more controls over social activities, fewer freedoms and jobs for women and tighter control of social media and the press.

Supporters of this line distrust the West, but both Raisi and the Supreme Leader Khamenei are believed to be prone to return to an international agreement on Iran’s nuclear activity.

The Joint Comprehensive Plan of Action, signed in 2015, granted Iran relief from Western sanctions in exchange for limiting its nuclear activities.

The United States withdrew from the agreement in 2018, and the president’s administration Trump reimposed sanctions that affected Iran’s commercial capacity.

The sanctions have contributed to the economic difficulties of the Iranians, causing widespread discontent.

Talks to resuscitate the deal have been going on in Vienna, and President Biden is also interested in reviving it.

Despite reports that “substantial progress” had been made on this new agreement by June, in the past two months talks have apparently been suspended pending the change of government in Iran.

Iran will be a more closed society

The elections were designed to pave the way to victory for Raisi. This has alienated a good number of Iranians already deeply unhappy with their living conditions in an economy crippled by shocks. sanctions from the United States, but also for mismanagement.

The election result will not help your concerns and may even lead to more instability in the country. In recent years, Iran has witnessed at least two waves of Serious protests nationwide, with hundreds, some say thousands, killed.

With the arrival of Raisi to the presidency, the hardliners will have taken over all the centers of power: the executive, as well as the legislative and judicial branches. Iran will be a more closed society. Freedoms are likely to be cut even more than before.

The regime will look to China to help its economy out of the deep crisis and there will be more tension with the West.

* This note was originally published on June 19, 2021, after the electoral victory of Ebrahim Raisi, and was updated on the occasion of his inauguration.