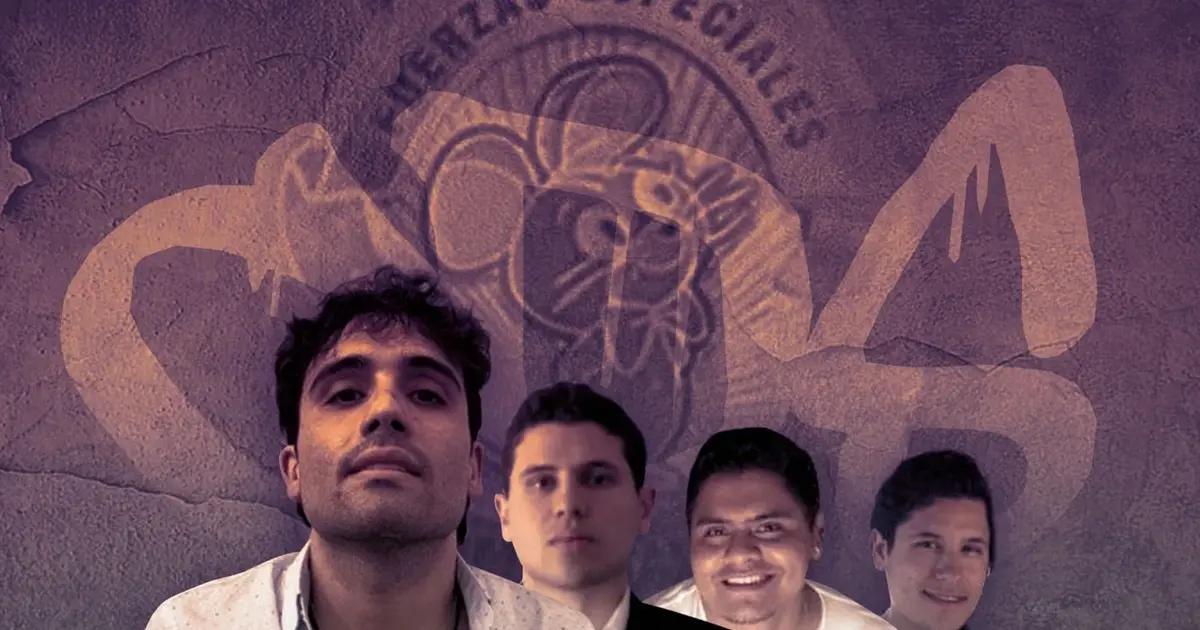 Among the confidential documents of the Mexican Secretariat of National Defense (Sedena) that the group of activists known as “Guacamaya” hacked and leaked from the Mexican Army’s servers was one that gave an account of the extent of the Sinaloa Cartel’s infiltration into the bowels of the state’s Public Security Secretariat.

The document detailed the record of a phone call, apparently coming from a man who belongs to the ranks of the SSP, who contacted people close to Joaquin “El Chapo” Guzman’s sons, better known as “Los Chapitos.”

The man, identified by the SSP as “Valerio,” was described as a “relevant operator and target of access to Ivan Archivaldo Guzman Salazar,” the 39-year-old son of “El Chapo” who is at the top of the criminal organization’s leadership. In fact, in the same file, consulted by Noroeste and Revista Espejo, the Mexican Army referred to Guzmán Salazar as the main leader of the Sinaloa Cartel.

This person, who is allegedly working in the service of Ivan Archivaldo in the ranks of the SSP, was described as a member of the Sinaloa Cartel who is in the ranks of the police as an “infiltrator” since he is in charge of informing the criminal organization about all the movements of the municipal, state and federal authorities, so that the cartel’s operational arm can react immediately and in a timely manner.

She was described as someone “trusted” by Sinaloa State Public Security Secretary Cristobal Castaneda Camarillo. However, it was also assured that he is in charge of informing the Sinaloa Cartel “immediately when any relevant situation occurs.

What is a “Culiacanazo” and why the authorities feared it could happen again?

The “Culiacanazo,” a term used by the media, was a humiliation and defeat for the Mexican army and the federal government, facing narcos forces. The authorities were looking for the arrest of Ovidio Guzmán López, an important narco leader and the son of El Chapo. They not only failed to capture him, but they also suffered a terrible loss in combat.

On Monday, August 22, members of the Mexican Army, with the support of agents from the Mexican Special Prosecutor’s Office for Organized Crime (Femdo), arrested the son of José Guadalupe “Lupe” Tapia Quintero, identified as Ismael “El Mayo” Zambada García’s logistical operator, in the city of Culiacán.

The arrest of Heibar Josué Tapia Salazar resulted from a joint operation between both institutions, including a heavy deployment of elements. However, with the latest revelations, it became known that, unlike the controversial “Culiacanazo,” the operation for his arrest was not improvised.

Allegedly, it was quite the opposite, as Army intelligence previously detected that the Sinaloa Cartel planned to respond with “strong reprisals” to Tapia Salazar’s arrest.

The Sedena agents intercepted a call from “Valerio” in which his interlocutors, alleged members of the criminal cartel, considered “making a mess” since the detainee was “people of the sombrerudos,” which is how the “Mayiza” or members related to “Mayo” Zambada are known.

According to the Sedena, the cartel’s violent response did not occur thanks to a “special operation” that prevented the hitmen from knowing Tapia Salazar’s whereabouts at the time of his arrest, something very different from what happened on October 17, 2019, when men from the Sinaloa Cartel surrounded the house where Ovidio Guzmán López, alias “El Ratón,” was being held, not long after he had been arrested.

“Derived from the exchange of information between federal authorities, it was determined to integrate a joint force to carry out operational activities in the Bachigualato neighborhood in the municipality of Culiacan to reduce the possibility of violent action in the city,” the Sedena itself communicated in a bulletin issued on August 22, in which it reported on the arrest.

After “Lupe” Tapia’s son was taken into custody at the Sinaloa capital’s airport, the Sedena and Femdo airlifted him to Mexico City. The capture was reported to the point that the Sedena referred to “Mayo” Zambada for the first time in many years in an official communiqué.

The 1983-born Guzman Salazar has been repeatedly identified as the direct heir to the criminal organization that his father, “El Chapo,” founded with his compadre “El Mayo” Zambada.

The U.S. State Department reported that Guzmán Salazar participated operationally in several drug shipments from South and Central America to Mexico and then coordinated the final transfer to the United States, as well as its distribution in that country and the collection of the profits.

It was also said that in the team with his half-brother Joaquín Guzmán, he was in charge of setting up synthetic drug laboratories in Culiacán. It was noted that the two had expanded their operations through maritime and air transport and tunnels at border crossings.

Guzman Salazar, the son of “El Chapo” and Alejandrina Maria Salazar, is also allegedly in charge of delivering bribes to corrupt public officials in exchange for being allowed to operate.

In July 2014, a federal jury in the Southern District of California indicted him for allegedly conspiring to import methamphetamine, marijuana, and cocaine into the neighboring country and money laundering.

Iván Salazar is also known for his eccentricities and taste for luxury cars, and most recently for forcing the government of President López Obrador to free his half-brother Ovidio Guzmán during the controversial failed operation known as “El Culiacanazo.”