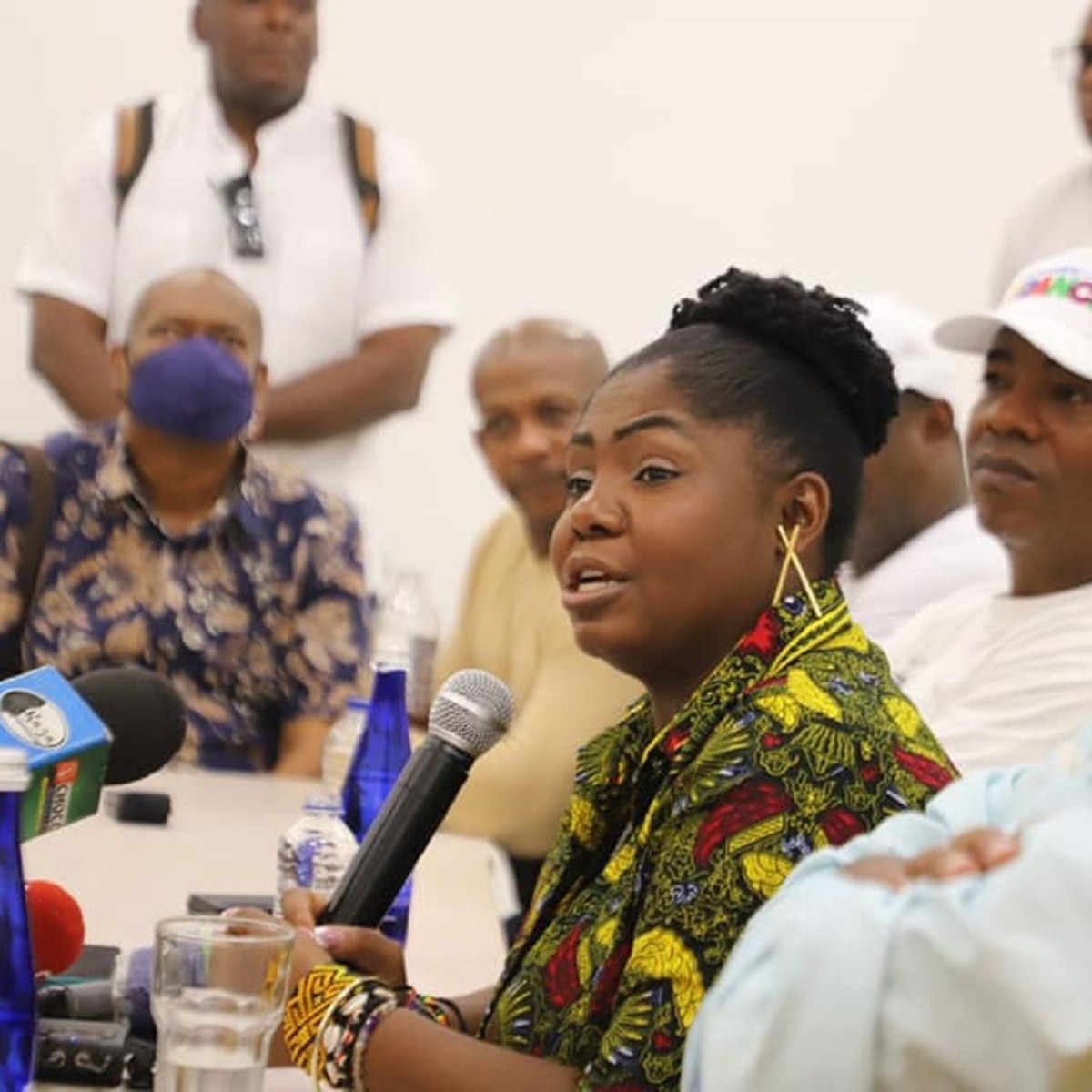 At 40 years old, Márquez has become known for being a lawyer, feminist, environmentalist and a staunch defender of human rights in her native country. Before appearing on the political scene in Colombia, the activist was a teenage mother and domestic worker; now, she is the main contender for the vice president of the country

At the age of 15, she abandoned her dreams of being a singer and actress to focus her energy on the fight against illegal mining that so affected her community, the district of La Toma de Suárez, in northern Cauca.

It was in this community hit by violence and poverty, where Márquez stood up to the governments of Álvaro Uribe and Juan Manuel Santos by becoming the community leader in defense of water, natural resources and its people. Her leadership was uncovered shortly before she became a single mother.

“Territory is life and life is not for sale, it is loved and defended,” says Francia Márquez as her mantra since the beginning of her career as a social leader.

March of the Turbans

Francia Márquez was at the forefront of the historic March of the Turbans in 2014, in which about 15 women from La Toma participated, who walked more than 600 kilometers to Bogotá to demand a stop to the illegal mining that was growing in their city.

Along the way, 80 black women from Cauca joined, all wearing colorful turbans. After 10 days of marching, they arrived in the Colombian capital, where they set up a sit-in that culminated in the signing of a government agreement to remove the extractivists.

For her work, Gustavo Petro’s now partner received the National Award for the defense of human rights in Colombia; she later was awarded the “Goldman Environmental” in the United States and was nominated for the Nobel Prize.

The FARC and attacks

In 2016, Francia Márquez was invited to Cuba to participate in the peace process between the State and the FARC. She is credited with the “Ethnic Chapter for Peace”.

As has happened with other Colombian activists, Márquez received death threats from armed groups such as Águilas Negras and Los Rastrojos.

In 2014, she was forced to abandon her family and her two children to flee to the community of Cali. There she began her higher studies in Law, while working as a domestic worker to pay for her family’s expenses.

Years later, Márquez along with other social leaders from Cauca became the target of a terrorist attack from which she emerged unharmed. Time later, this altercation was attributed to the FARC.

After the social outbreak against the tax reform of the Government of Iván Duque in 2020, Francia Márquez announced on social networks his desire to become president of his country.

“I want to be President of this country. I want our people to feel free and dignified. I want our peoples to be able to be from their cultural diversities. That our territories are spaces of life,” he wrote then on Twitter.

Márquez, who was recognized by the BBC as one of the most influential women in the world, is running for the elections this Sunday with leftist Gustavo Petro. Both lead all voting intention polls in a society thirsty for real change.

“The mere presence of Francia Márquez in the electoral contest is already a sign of an important change in the interests of the electorate and in the political dynamics of the country,” explains Sandra Botero, professor of Political Science at the Universidad del Rosario.

Francia Márquez became the vice-presidential candidate after sweeping the first polls in March as the coalition’s third-most-voted candidate.

“Petro does not do so well with (some sectors of) women, so I think France reinforces, let’s say, its strength in young people, but it also helps with these other sectors (…) for various groups she calms some of the concerns that exist in front of Petro (such as the issue of abortion, among others),” says Botero.


Liga MX: Chivas responded to the abandonment of Canelo Álvarez