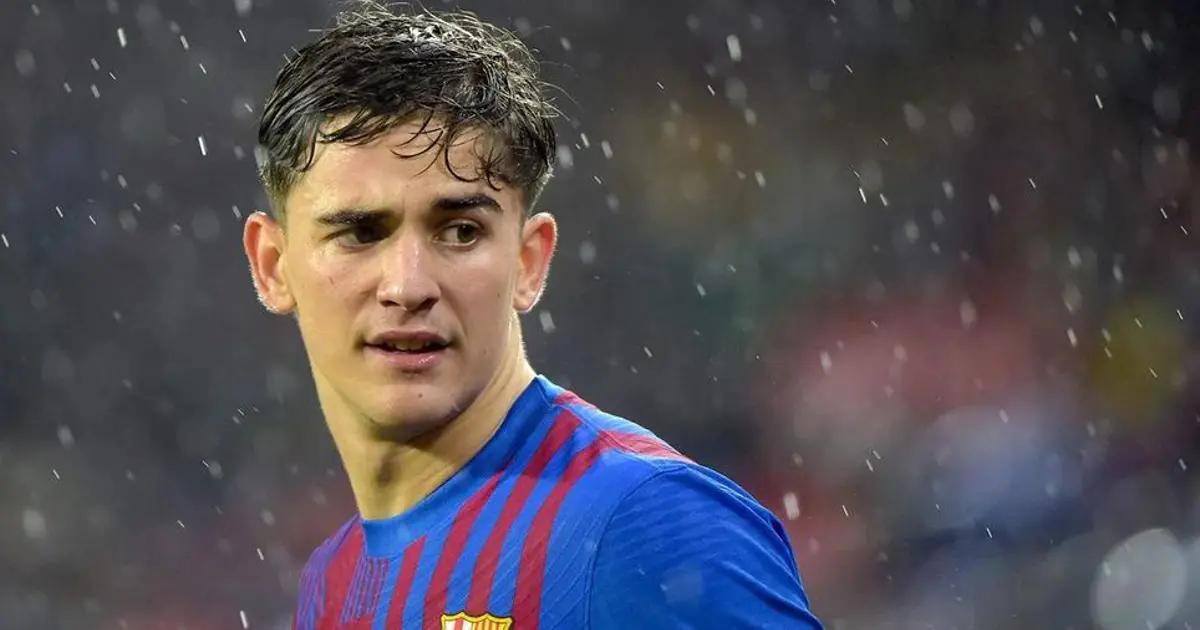 Gavi is 18 years old and scored a goal in his first game in the Qatar 2022 World Cup, in which Morocco eliminated Spain on penalties. But earlier, when all was hope for Luis Enrique’s team, the player scored one of the seven goals against Costa Rica, in a performance celebrated by King Felipe VI, who visited the team after the match. What was surprising is that the monarch asked him for his autographed jersey, which would have been for Princess Leonor, according to information from Socialité.

Immediately, the rumors about the possible relationship between Gavi and Leonor were not long in coming, as well as the memes which flooded social networks. The soccer player, of course, has not commented on the matter so far, which has not stopped the avalanche of curiosities.

For example, the athlete has begun to be called “The Little Prince” in the comments he receives on his official Instagram account. Will the Barcelona attacker be able to be part of the monarchy of his country? That’s the big question his followers have been asking.

At his young age, Gavi continues to surprise the world, especially for his performance in the World Cup, despite the fact that he has already been eliminated. Now, he has also left several comments about his love life. Here we tell you what is known about the Spanish athlete’s partner.

Who is Gavi’s girlfriend

It is not known who is the current partner of the Spanish footballer Gavi. Rumors that it would be Princess Leonor have been discarded because the young woman would have a romantic relationship with a friend of 18 years, according to a collaborator of “Socialité”, who gave more details of who would be the boyfriend of the daughter of Felipe VI.

“Leonor’s partner is a classmate who is already 18 years old (…). He is a tall, dark boy, with curly hair and beard”, described the source of the mentioned media about the boy who would have won Leonor’s heart, despite the wishes of the users that he would have an affair with Gavi.

At least, that idea would remain platonic because it has not been known if the Barcelona player has a girlfriend. It has been suggested that he could have a relationship with a young woman who gave him her cell phone number when he signed autographs in a video that immediately went viral on social networks. But nothing has been confirmed so far.

Gavi is a young Spanish footballer whose current club is Barcelona. Born in Seville, the athlete stood out when he was a child in Liara. Then, he was signed to the youth teams of Betis and, by demonstrating his talent, in a short time he was already playing in La Masia of Barcelona in 2015.

His passage in the minors to Barcelona B ended up happening over time, especially because of Xavi Hernandez’s interest in the midfielder. In this way, it was not long before he was included in Barça’s first team for the 2021/2022 season, excelling in Xavi’s style of play.