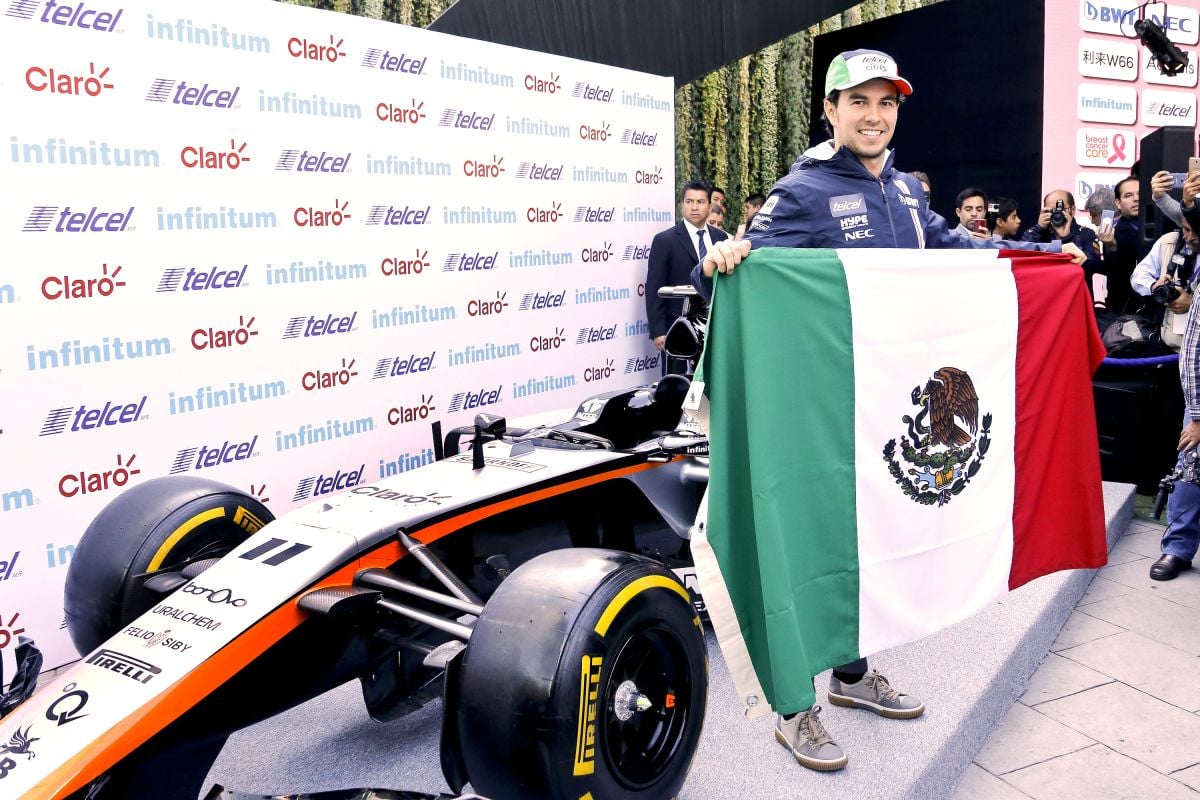 Formula One driver Sergio Pérez, better known as “El Checo” Pérez has recently been involved in a controversy, and not because of his triumphs at the professional level, but about the alleged infidelity in which he was captured by various people who did not hesitate to make it public.

Revealing a photo with him, she wrote: “Meet the new F1 junkie. Me!!! And my favorite pilot and crush, Checo Pérez”.

In turn, last Friday he took the opportunity to clarify the situation that was being experienced at home with his partner. In addition, he expressed that he responsibly assumed everything that was circulating on social networks where he is seen to be touching a woman.

Krhrystina is a very active Ukrainian model on social media and, for now, she has more than 35.4 thousand followers on Instagram, where she is also dedicated to posting photos of her beautiful face and slim body. She also has gray eyes that have captivated more than one.

After this fact, Checo’s wife made the decision to change her profile picture, placing one where she is seen all alone, after having disagreed with her husband the way he celebrated his professional advance last weekend.

Apologizes for what happened

“I have seen the videos that are circulating about me and I take responsibility for it. For the people who ask me, we are closer than ever, my wife and I. These videos do not represent me at all,” he stated on social networks.

Pérez took the opportunity to clarify the situation on social media, adding that under no circumstances will he speak of the subject again. From his point of view, the mishap could have ruined everything he is experiencing at this point, especially after the recent triumphs of his career.

“For those who only want to harm us, I wish you the best. People close to me know my values and the kind of person I am. I will not talk more about this topic that only makes us forget the great moment we are living as a family,” he added.