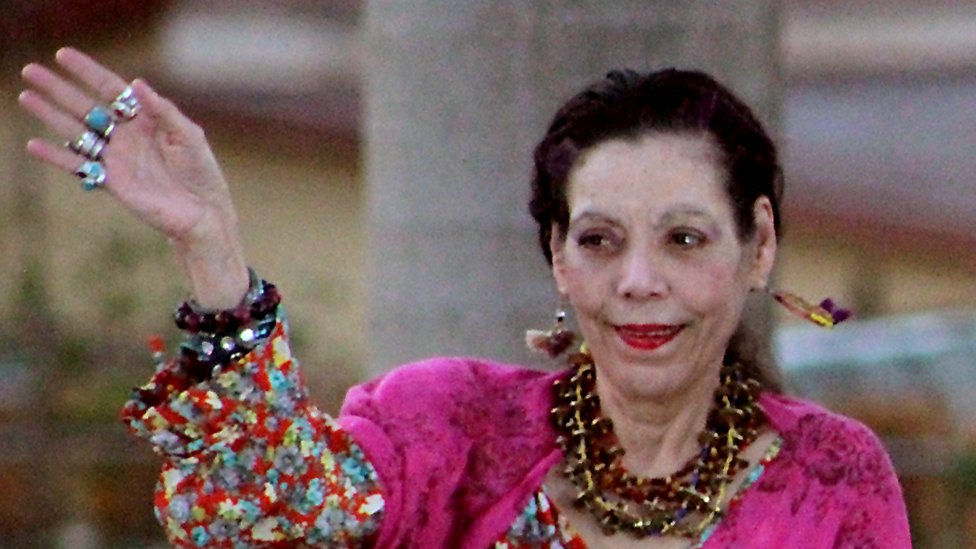 Thanks to the more than probable fourth reelection of Daniel Ortega as president of Nicaragua, a woman who the president himself describes as “co-president” will also continue in power.

It is about his wife Rosario Murillo, who will be vice president for the second time and who in recent years saw her influence in the government increased to the point that many doubt whether she is really the one who makes the most crucial decisions.

Ortega himself does not skimp when it comes to recognizing its importance. “Here we have two presidents because we respect the 50-50 principle, here we have a co-presidency with comrade Rosario ”, he said at the end of October despite the fact that such a position does not exist in Nicaragua.

Always alongside him in his speeches and public appearances, Murillo has become a powerful and controversial figure, especially as a result of his role during the 2018 citizen protests.

At 70, Murillo is a petite woman easily recognizable by her garishly colored clothes, their rings and bracelets that are usually combined with messages related to “love” and peace.

Ortega’s unconditional companion for decades, “la Chayo” – as she is popularly known – is much more than his advisor: it is a fundamental element in Nicaraguan decision-making.

And so it will continue to be, at least for the next five years.

But the fact that there are few important decisions made without Murillo’s approval does not mean that Ortega has ceded power to him, but rather that they somehow complement his functions in an almost perfect tandem.

According Fabian Medina, author of the unauthorized biography of Ortega “El prisoner 198”, Murillo is like the executive hand of a binomial that complements each other perfectly.

But she is different. He does not like to be contradicted, he makes his decisions and She is vindictive, spiteful and very energetic, works all the time ”.

Therefore, one of the questions in the air is to know if Murillo will end up being Ortega’s natural successor at the head of the government, as might be expected.

However, the current vice president does not enjoy the same support as her husband.

According to Medina, “Murillo generates many antibodies within the old guard of the Sandinista Front, that she could suffer a kind of internal war ”if she were named as a candidate for president,“ which is an apparent aspiration of her ”.

But according to analysts, the greatest brake on her presidential intentions came in April 2018, when several sources pointed to her as the person who led the repression against citizen protests that left more than 300 dead and for which the United States imposed sanctions.

In May of that year, Murillo went with Ortega to a tense meeting with opposition groups as part of the national dialogue organized to try to get out of the crisis.

“We went to that theater called national dialogue. I don’t know how (Ortega) did it. I really wanted to go out (…). In the midst of the harshest circumstances he has this patience, this serenity, this prudence (which) I do not have. I have to confess it (…). I am not patient”, said a year later in an interview with the US portal The Grayzone.

Between poetry and power

Ortega and Murillo met in the late 1970s, when he had self-exiled in Costa Rica for his participation in the Sandinista movement that in July 1979 removed the Somoza dynasty from power after a two-year civil war.

Later, as leader of the board of what was called the “Government of national reconstruction,” Ortega began a series of international tours in search of external support for the young Nicaraguan revolution.

And Murillo was always by his side. Many years later, in 2005, they were married in the church.

But “la Chayo” was and is much more than a first lady. In fact, he never liked the nickname.

She had in her favor being the daughter of Zoilamérica Zambrana Sandino, nephew of Augusto Sandino, the national hero of Nicaragua and inspirer of the Sandinista revolutionary movement.

At that time he was emerging as a poetisa and one of the main female representatives of Nicaraguan literature. According to herself, she began to write as a need for expression, after the death of her first child in an earthquake in 1973.

During Ortega’s first presidency, between 1985 and 1990, Murillo took advantage of his position so that culture had a transcendental space in the Ortega government plan.

However, his influence was not even remotely similar to that of now.

“In the 80s it was quite ignored. He was a minor figure and Ortega did not take much into account, “says Fabián Medina.

During the re-election campaign in 1990, in fact, advisers recommended that the president keep his wife low because of her extravagant image.

Finally, the Sandinista National Liberation Front was not re-elected, nor did Murillo win a position in the National Assembly. A decade was approaching from the side of the opposition.

For Medina, there are three events that mark “the approach or control” that Murillo took over Ortega.

The first was that electoral defeat in 1990. Murillo told him in advance that he would lose the election and that people close to him such as Sergio Ramírez or Carlos Fernando Chamorro “would end up betraying him.”

The second was when, after detecting in 1994 that he had suffered two silent heart attacks, Murillo took control of his medication and his diet. “She is more inclined to the vegetarian issue, while Ortega is more of messy and greasy food,” says Medina.

But the key event to strengthen their relationship occurred in 1998, when Zoilamérica Narváez, Murillo’s daughter from another relationship prior to Ortega, She accused her stepfather of repeatedly raping her.

“I tell you quite frankly, I have been terribly ashamed that a person with an unblemished résumé was intended to be destroyed; and (that) it was my own daughter who for that obsession and that sick infatuation with power he wanted to destroy her when his ambition was not satisfied, “said Murillo after the scandal, completely dismissing the accusation of his own daughter.

Despite the fact that the matter was prosecuted, it did not prosper since the judge in charge dismissed it because the crime was prescribed and Ortega enjoyed immunity as former president.

“With the complaint for the violation of Zoilamérica, Rosario intervenes supporting Ortega, which gives him enormous power against Daniel, in addition to a large account receivable. It is a very expensive bill for Ortega ”, he assured a few years ago Dora Maria Tellez, a well-known commander of the Sandinista revolution and later an opponent of Ortega who was arrested weeks before these 2021 elections.

As of the second presidential term of Ortega that began in 2007, his wife was politically renewed and went on to become the voice and face of the Ortega government.

As leader of the Council of Communication and Citizen Power, he wanted to give another face to the image of Nicaragua and redesigned the official images, from the colors of the flowers of public events to the national shield, with vivid colors after his approach to a philosophy New Age.

He even installed a series of “trees of life” on the main avenue of Managua to transmit good energy.

“All of Nicaragua has Murillo’s stamp with those colors that are a bit psychedelic, with esoteric symbols everywhere,” says Medina.

“This is part of the Sandinista tradition, it is a direct inheritance from General Sandino who gave a lot of weight to spirituality, too much weight, I think,” says the Sandinista historian Aldo Díaz Lacayo, downplaying it.

Every noon, Murillo offers daily speeches through official media in which she is presented as the “companion.”

His interventions are quite eclectic: the same can make a report on the climate public than rebuke ministers and public authorities.

What both fans and critics agree on is that Murillo is the face and voice of her husband’s government, a task to which she dedicates endless hours.

“The most important thing about Rosario is her quality as an organizer, as a tireless worker, it cannot be denied that Rosario works 24 hours a day,” says Díaz Lacayo.

The award for that dedication came in the 2016 campaign, when Murillo was nominated for vice president. This earned him complaints from the opposition, who branded the maneuver as nepotism.

In his five years in office he faced harsh criticism. In 2018, the US imposed sanctions against her, accusing her of corruption and serious human rights abuses for her role during citizen protests. The Nicaraguan government rejected the accusations as external “interference”.

More recently, his position at the beginning of the pandemic was also highly questioned. Although the international health recommendations to avoid crowds were already known, in Nicaragua a citizen march called “Love in times of covid-19”.

“Because it is the whole world that is facing the pandemic of covid-19, ‘Love in times of covid-19’, united in neighborhoods, regions and communities to take care of us together,” said Murillo when announcing the march.

Given her growing influence in the executive branch, it was not surprising that Murillo ran again as a candidate for vice president in these elections.

However, many in the country thought that perhaps he could even make the leap to the presidency in these elections. But that, for now, will have to wait.