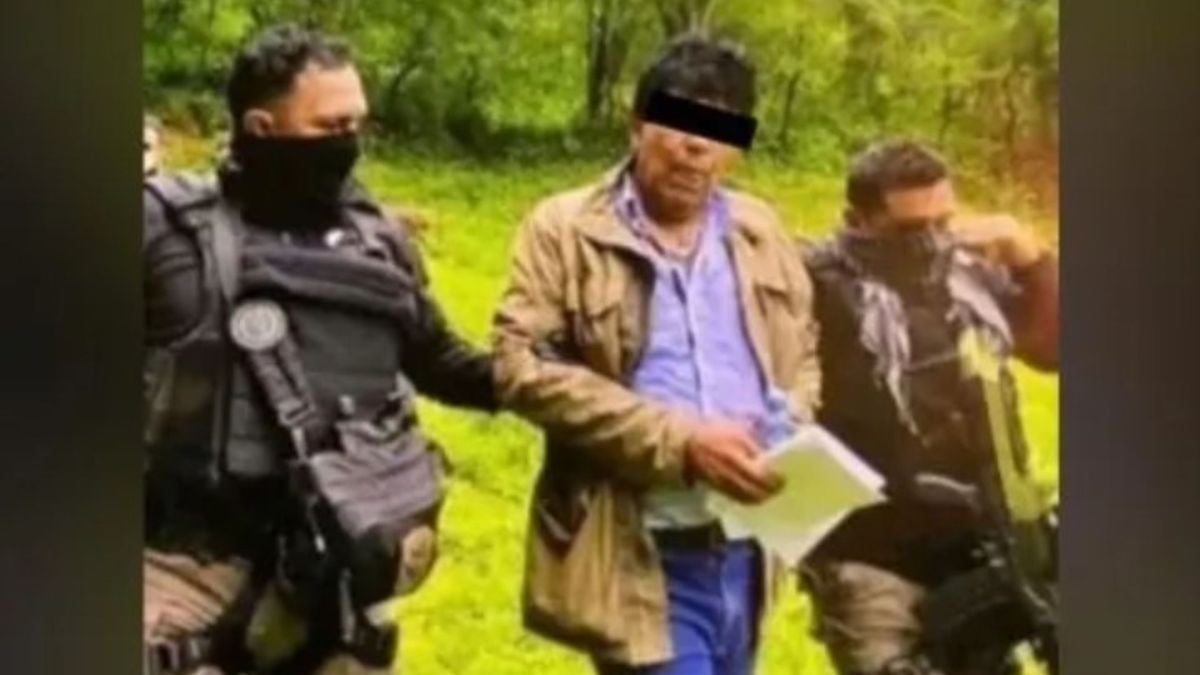 Rafael Caro Quintero tried everything to conquer the young woman who was part of one of the most powerful families in Jalisco – Photo: Secretary of the Navy (SEMAR) / Courtesy.

Co-founder of the extinct Guadalajara Cartel and one of the most wanted drug traffickers according to the government of Mexico and the United States, Rafael Caro Quintero was recaptured on July 15 in Choix, Sinaloa.

After leaving prison ten years ago, the so-called “narco de narcos” settled in Sonora and created the Cartel de Caborca. However, during an operation led by the Secretary of the Navy, he was arrested while hiding in the bushes.

After the capo’s apprehension, other names resurface due to their relationship with the Sinaloan and Sara Cosio Vidaurri. The woman, daughter of the former secretary of education of Jalisco and niece of the former governor of the entity Guillermo Cosío Vidaurri, had a relationship with the drug trafficker and became his nemesis. While he was hiding from the authorities the murder of Enrique Kiki Camarena, an undercover agent of the DEA, she made a call that caused him to be arrested in Costa Rica.

Who is Sara Cosío Vidaurri?

The progeny of Octavio César Cosío, formerly the Secretary of Education in Jalisco, Sara was raised in an affluent household. It is widely known that she frequented the most lavish nightclubs and restaurants in Guadalajara due in part to her capricious personality that had garnered her notoriety in various social circles. This trait was shared by Rafa Quintero, who was similarly renowned for his volatile behavior.

According to rumors, the drug lord had to endure numerous rebuffs and refusals before she ultimately consented to go out with him.

The Guadalajara Cartel held sway over the illicit drug trade during this period. Sara was one of the most sought-after young women in the fashionable nightclubs and upscale restaurants of La Perla de Occidente, a moniker for the city.

How did Sara meet Caro Quintero?

Their relationship has a fascinating history. Rafael Caro Quintero tried everywhere to conquer the young woman from one of the most powerful families in Jalisco. Although he was rejected several times, the native of Badiraguato achieved his task and began a torrid romance that made him lose his head on many occasions.

According to Jesús Esquivel, in his book The CIA, Camarena and Caro Quintero: The Secret History, it was in the Lido restaurant where they met. “The second or third time Caro Quintero saw her was in a restaurant owned by Ernesto Fonseca Carrillo called Lido. It was an old house converted into a restaurant, frequented by personalities from the government and Guadalajara’s high society,” he recounted.

Despite the opposition of Sara’s family, the relationship would have grown and evolved. However, everything changed in February 1985 when Enrique Camarena was found dead.

The hunt for Caro Quintero

The U.S. government initiated a pursuit of Caro Quintero, who fled Mexico via private jet to Costa Rica.

However, he did not embark on this journey alone. Accompanying him was Sara, whom his kin reported as abducted. Mexican authorities never affirmed whether the Mexican drug lord abducted the young woman from Guadalajara, but it was rumored that the couple was deeply enamored at the time.

Mexican authorities wiretapped the phones of Sara’s family in Guadalajara to trace any calls she received from the capo that might reveal her location.

The couple was found together, and Quintero arrested

And this tactic ultimately proved successful. A call to reassure Sara’s parents and inform them of her safety ultimately led to the end of her “honeymoon.” In short order, the location of the young woman was discovered, and within a matter of hours, the Judicial Investigation Agency conducted a raid on the farm. Rumors circulated that the couple was naked on a bed at the time of the raid, but these claims have never been substantiated.

Quintero’s arrest led Sara Cosío to remain silent and not reveal anything about her courtship with Quintero. Moreover, she led a quiet and discreet life.