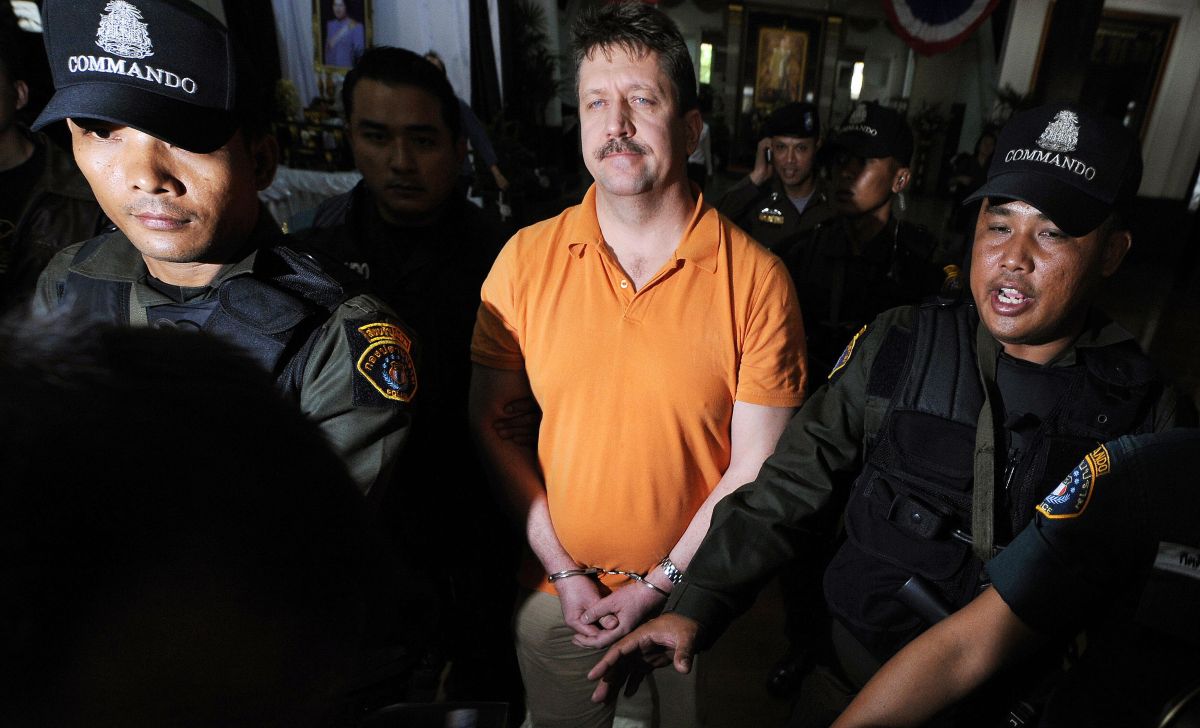 Viktor Bout, a Russian arms dealer known as “The Merchant of Death,” is expected to be part of a proposed US prisoner swap with Russia.for the safe return of Americans Brittney Griner and Paul Whelan.

Bout has been in US custody since 2008, when a secret operation led by the Drug Enforcement Administration captured him in Thailand.

Although much of his life as a young man is unknown, it is believed that he was born in 1967 in then-Soviet Tajikistan; Viktor Bout later trained as a linguist at a Moscow military institute before serving in the Red Army as a translator in Angola.

Like many of the burgeoning oligarchs and tycoons who emerged from the collapse of the Soviet Union in 1991, Bout took advantage of the economic chaos that followed.

When the Soviet Union disintegrated, the military equipment belonging to the superpower ended up scattered throughout the 15 new nations created by the dissolution. These countries did not have the money to maintain a paid army, nor the infrastructure to maintain an inventory of the weapons they had just inherited.

That’s when Viktor Bout saw an opportunity and assembled a fleet of ex-Soviet cargo planes, huge Antonov and Ilyushin ships, and began shipping weapons and other goods around the world.

Bout came to the attention of Americans in the late 1990s when he supplied weapons to war zones in Congo, Liberia and Sierra Leone, the New York Times reported.

But Western intelligence, including the CIA, had been watching him in the early 1990s as his shipping routes in Africa carried everything from flowers and chickens to UN peacekeepers and African heads of state.

In the years that followed, his client list grew prolifically. It was learned that Bout supplied weapons to Hezbollah, according to The Guardian. Also, he would have sent weapons both to the Taliban and to their enemies, the Northern Alliance in Afghanistan. Through a front company, he allegedly even won a contract to deliver FedEx packages to Baghdad.

In fact, Bout’s exploits are cited in the 2005 Nicholas Cage film “Lord of War,” which follows Yuri, a fictional arms dealer of Russian descent who runs a massive operation to supply arms around the world.

Bout was arrested in Thailand in 2008 after DEA agents lured him there by posing as Colombian rebels. He was extradited in 2010 to the United States against Russian objections and ultimately convicted by a Manhattan jury in 2011 of conspiring to sell weapons to a designated foreign terrorist group.

According to CNN, Bout could be “traded” by Brittney Griner and Paul Whelan.

Griner is a WNBA basketball player sentenced to 9 years in prison by a Russian court after convicting her of knowingly bringing cannabis-infused vape cartridges into Russia.

Whelan is a former Marine arrested by agents of the Federal Security Service (FSB, former KGB) in a Moscow hotel in 2018 and sentenced to 16 years in prison after being found guilty of “espionage activities” in favor of the United States.