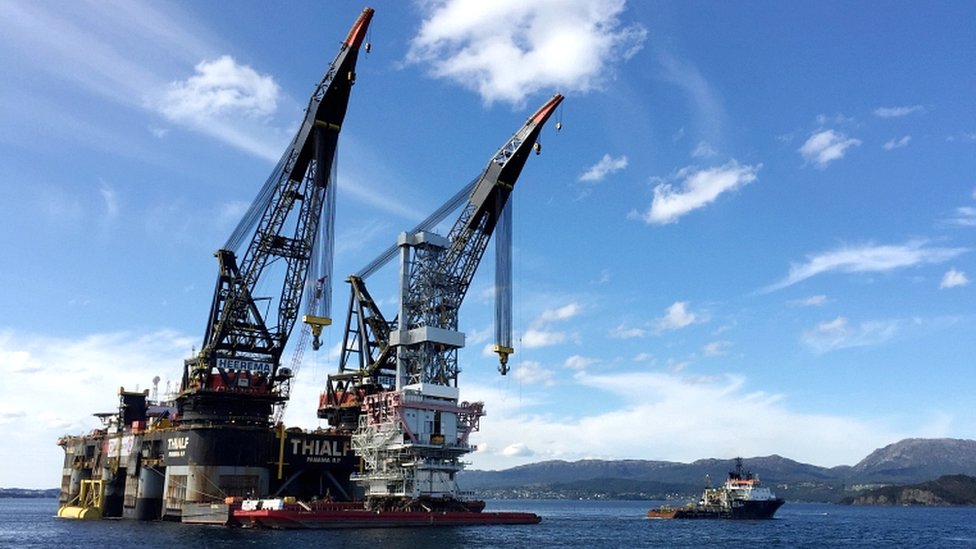 The search for natural resources and the need for alternative energy sources is a recurring theme in the world, especially in recent months where several countries are facing an energy crisis.

The Arctic is a region of the planet where it is estimated that there is a significant amount of untapped oil and natural gas.

But accessing these resources is a controversial issue for the environmental damage and territorial disputes that it may cause.

Precisely, there is an ongoing court case on whether energy companies can drill into arctic ice sheets in search of gas and oil.

This is a group of environmental activists who are taking the Norwegian government to the European Court of Human Rights (ECHR) for allowing exploration in the Arctic.

This case is being considered as a test of how much of the natural resources in this area could be exploited in the future.

Who owns the Arctic and how many resources does it have?

The Arctic Circle, located at the North Pole of the Earth, may contain about 160 billion barrels of oil and 30% natural gas undiscovered, according to estimates by the United States Geological Survey.

As the Arctic is a mostly water area, there is no international treaty that protects it of economic development, as in the case of Antarctica at the South Pole.

Global warming has melted part of the world’s northernmost region, making it easier to drill, explore and extract resources.

What is the Norwegian court case about?

Norway is the largest oil producer in Western Europe. Since 2016, this country has granted a number of licenses to explore oil and gas sources in the Barents Sea, within the Arctic Circle.

In 2021, six young Norwegians and two environmental groups, Greenpeace Nordic and Young Friends of the Earth, brought the case before the ECtHR against the Norwegian government’s policy.

The activists argue that “by allowing new drilling during a climate crisis, Norway is violating fundamental human rights.”

They claim that drilling in the Arctic can pollute the polar ice caps and melt them at a faster rate.

“By complaining, we may have a chance to stop this catastrophic oil drilling,” says activist Mia Chamberlain.

Lasse Eriksen Bjoern, an activist for the indigenous Sami people in northern Norway, told Reuters that drilling could damage the fish farm and your lifestyle.

Three Norwegian courts have dismissed the case, but the ECHR is taking it seriously and has asked the Norwegian government to prepare its defence.

Norway responded on April 26 by saying that it was already cooperating in international efforts to fight climate change and that its goal was to achieve zero carbon emissions by 2050.

Furthermore, he added that it would be harmful to Norwegian society curb oil and gas production before more reliable renewable energy is available.

The ECHR is considering making this an “impact case”, which means it could set a precedent for similar cases in the European Union. If so, there could be a sentence in the coming months.

In recent years, environmental activists have increasingly used the courts to force governments and businesses to adopt a greener approach.

In 2021, a Dutch court told the Royal Dutch Shell firm that in 2030 emissions had to be 45% lower than in 2019. This was a much larger reduction than what the company had promised previously. The case was presented by Friends of the Earth.

Who else drills in the Arctic?

Russian oil companies have been operating in the Arctic for more than a decade. Two years ago a large oil spill occurred in its arctic territory.

The United States is considering allowing its oil companies to drill in northern Alaska, despite the giant Exxon Valdez oil spill in Alaska in 1989.

What rights do countries in the Arctic have?

All countries with territories in the Arctic Circle have rights to the ocean floor near their shores.

They can also set exclusive Economic Zones, up to 200 nautical miles (370 kilometers) from the coast.

In these areas they have the right to fish, build infrastructure and extract natural resources.

Countries can extend these zones if they show that their land mass goes further into the water.

There is currently a dispute over a 1,721 kilometer ridge of mountains under the sea called the Lomonosov Ridgewhich crosses the North Pole.

Canada, Russia and Greenland claim this territory as theirs. Whoever succeeds could also claim 55,000 square miles of sea around the North Pole.

In 2007, Russian explorers alarmed their Arctic neighbors by planting their national flag at the bottom of the North Pole sea.