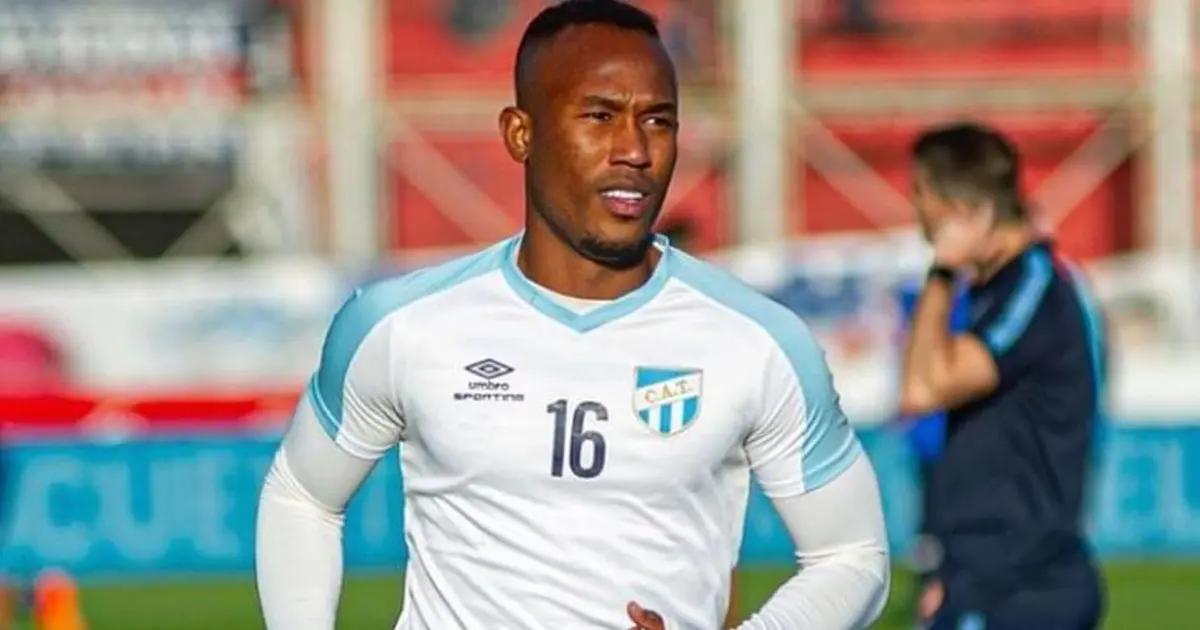 The Colombian soccer player Andrés Balanta, who had been playing for a few months for Atlético Tucumán in the first division of Argentina, died on Tuesday, November 29, after collapsing in the middle of training. The athlete was only 22 years old.

“Atletico Tucuman regrets to confirm the death of Colombian soccer player Andres Balanta. We embrace and accompany his family and friends with deep respect at this time,” the club posted on its official Twitter account.

As soon as the news broke, the Argentine Football Association (AFA) published a message of condolences on its social networks: “#ProfundoDolor La Asociación del Fútbol Argentino regrets the death of Andrés Balanta, Atlético Tucumán player. We send our condolences to his entire family. Q.E.P.D.,” read the message also posted on the official microblogging account.

WHAT DID ANDRÉS BALANTA, THE ATLÉTICO TUCUMÁN PLAYER, DIED OF?

According to close sources, Andrés Balanta died on arrival at the hospital in San Miguel de Tucumán (northwest Argentina) after resuscitation maneuvers and defibrillator work were unsuccessful for more than 40 minutes. The former Deportivo Cali player collapsed at the beginning of the club’s practice.

Several of Andrés Balanta’s teammates arrived at the hospital center after he arrived at the club on loan until June 2023. However, the causes of the fainting are unknown for the moment, but the club informed us that more details about the death of the Colombian player would be released in the following hours.

It is worth mentioning that the local newspaper La Gaceta reported that the Colombian had already suffered a fainting spell when he played for Deportivo Cali in 2019. However, at that time none of the tests performed on him in Colombia showed abnormal results.

WHO WAS ANDRES BALANTA?

Andrés Felipe Balanta Cifuentes was born on January 18, 2020 in Cali, Valle del Cauca, Colombia. He trained at the Carlos Sarmiento Lora School, and made his professional debut on May 6, 2018 at Deportivo Cali. His second and last team was Atlético Tucumán of Argentina. He represented his country in the youth national team during the South American Under-23 Pre-Olympic Tournament 2020.

His debut in Deportivo Cali

In 2018, Andrés Balanta was promoted to Deportivo Cali’s professional squad at the request of technical director Gerardo Pelusso Boyrie, convinced of his good performance in the formative school.

In 2020, he was a key player for the club’s new technical director, Lucas Pusineri. After his dismissal, Alfredo Arias Sánchez arrived as the new coach and Balanta continued to show good defensive performance with his duo Andrés Colorado. In 2021 he won the championship with Deportivo Cali. His last renewal was that same year until 2024 with new DT Rafael Dudamel.

His arrival at Atlético Tucumán

On June 21, 2022, Balanta was confirmed as a new reinforcement of Atlético Tucumán on loan until June 2023, with an option to buy at the express request of technical director Lucas Pusineri, this being his first international experience. On November 29 of that year, in the middle of training, Andrés died.