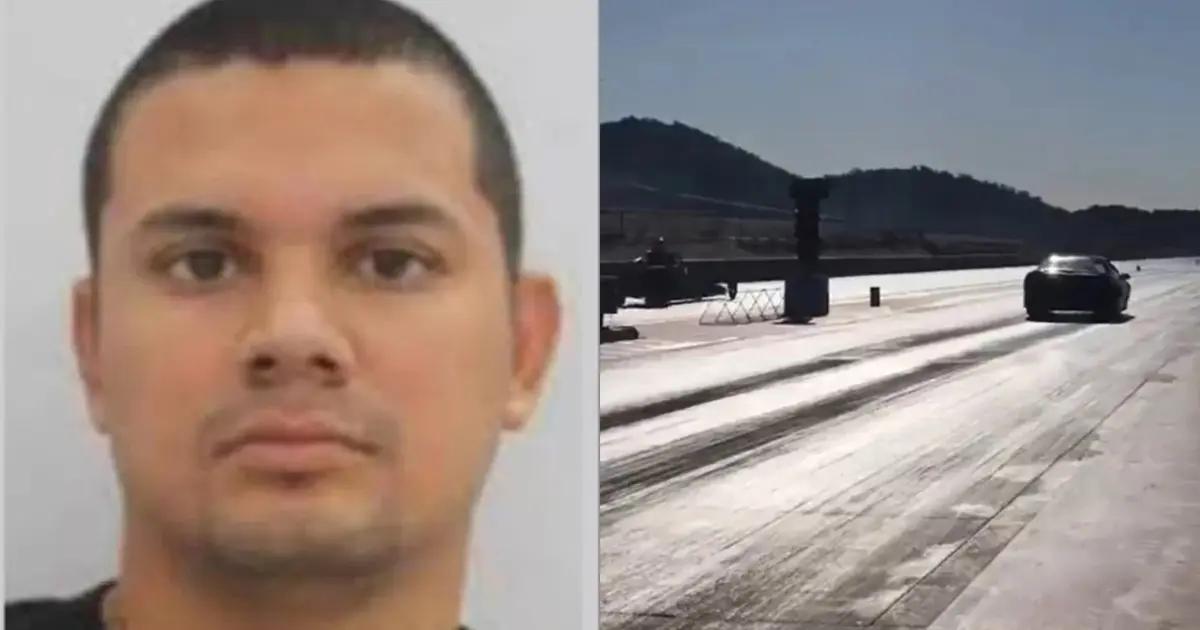 On the afternoon of Friday the 25th, a competition car overturned at the Hermosillo, Sonora racetrack. Illegal racing was taking place at the track, and one of the cars had a mechanical failure while traveling at a considerable speed.

According to witnesses of the events, interviewed by the EFE news agency, the dragster never braked and crashed into the retaining wall at the end of the track, causing the driver’s death. The Attorney General’s Office of the State of Sonora shared the video showing the accident.

The subject arrived seriously injured at clinic 14 of the Instituto Mexicano del Seguro Social, where he was registered under the name of Efrén Saúl Yocupicio Colorado. However, when he died and the investigation began, it was possible to know his real identity, and a pistol was found among his clothes.

He was Jesús Francisco Sarrazin Lorh, known as El Pirata, who was identified by authorities, security reports, and specialized drug trafficking websites as the head of the criminal group Los Salazar, in addition to being one of the state government’s priority targets and had an arrest warrant for kidnapping.

The criminal group is one of the armed wings of the Sinaloa Cartel created in 2005 to confront the La Plaza group and the Juarez Cartel’s armed wing, La Linea.

The members of this cell are involved in the planting, production, and trafficking of drugs to Arizona, United States, as well as smuggling migrants for the Sinaloa Cartel.

The criminal organization was headed by Adán Salazar Zamorano, alias Don Adán, who was one of Joaquín El Chapo Guzmán’s operators and lieutenants, along with his sons, Jesús Alfredo El Muñeco and Adán El Indio Salazar.

Although not much is known about Sarrazín Lohr, according to a corrido composed by Egardo Nuñez, Yo soy el Pirata , he was in charge of the Huatabampo square. In the same way, his taste for betting and driving at high speed stands out.

“It’s the adrenaline that changes my nerves, if I’m behind the wheel or just like blowing a horn,” says one of Nuñez’s verses.

Sarrazín Lorh was a cousin of Edgar Alonso Villegas Sarrazín , alias The H identified as the head of hitmen of the criminal group in Hermosillo.

Villegas Sarrazín suffered a worse fate than El Pirata , since he was murdered in July 2020 inside a hairdresser with three shots to the head by a hitman who escaped from the place despite the police presence on the scene.

Local media indicated that the execution was carried out as a settling of scores for the execution of four people, including Elizaldo Bournes González, alias “El Flaco” and his brother Eleazar, alleged lieutenants of the criminal group La Línea.

However, his identity was not revealed until December 2021 when El Pirata was exposed as one of the generators of violence in the state in narcomantas placed in Guaymas, Obregon, and Hermosillo, presumably by the La Plaza group, in which state officials were linked to members of Los Salazar.

The name and photo of Jesus Francisco appeared with the names of Jesus Adahir Salazar del Villar, “El Azteca,” and Luis Alfonso Encinas Bejarano, “El Narizón” or “Venadito,” who was reportedly under the command of El Muñeco.

They also followed orders from Crispín Salazar Zamorano, brother of the founder of Los Salazar. A Sedena report points to Jose Luis Yocupicio, also known as El Luisito or El Napoleon, as the group’s current leader.