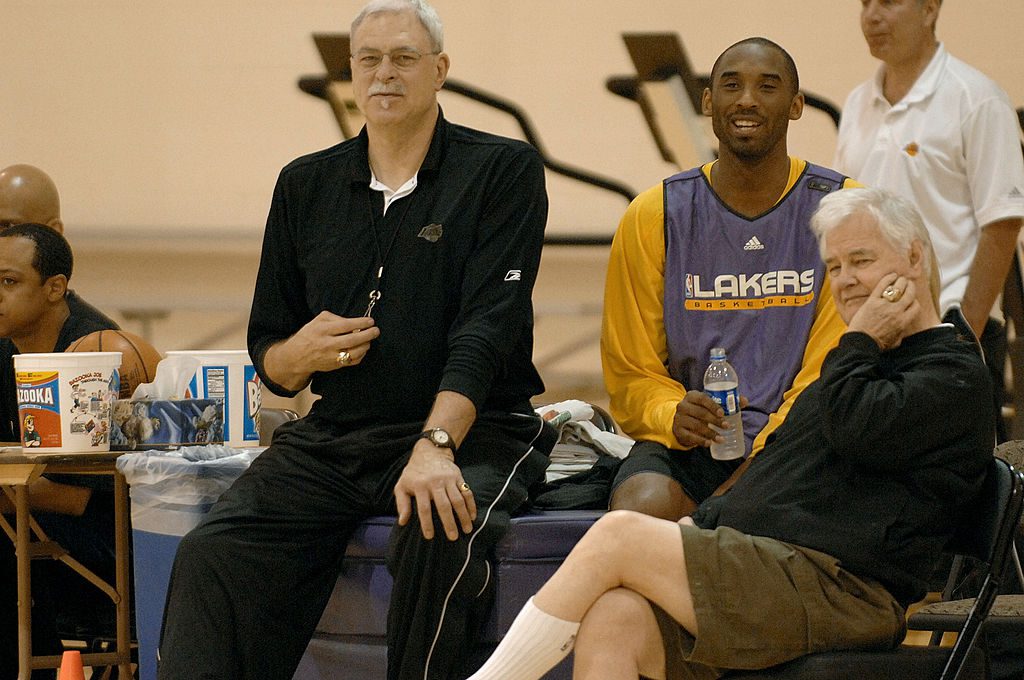 Tex Winter, one of the most influential coaches in basketball history, passed away at the age of 96 in 2018. His legacy is enormous in a game where the ‘Offensive Triangle’, a system he learned from Sam Barry and later perfected as a coach, has been decisive at the time of directly conquering nine NBA champion rings, six with the Chicago Bulls and three with the Los Angeles Lakers, all of them as Phil Jackson’s assistant. And indirectly many others, since parts of the systems have been seen in different successful teams throughout history. Without going any further, the current Golden State Warriors.

Winter had a very long coaching career, started as an assistant at Kansas State University in 1947 and which for more than three decades developed on the NCAA scene. His brief NBA adventure as head coach (two years in Houston, 1971-1973) served as a real preamble to the stage where he most transcended his worth.

In the mid-eighties he came to contemplate retirement but the Bulls offered him an assistant position, with the aim of transferring his knowledge to Michael Jordan, the great hope of the franchise. The result of that surpassed all expectations as when Phil Jackson became Chicago coach, the franchise created a dynasty around Jackson’s wisdom, Jordan’s dominance, and the system perfected by Winter. All this translated into two trilogies and six rings (1991, 1992, 1993, 1996, 1997 and 1998).

The success scenario was repeated later in the Lakers, where Winter was also with Jackson and again implanted the ‘Triangle’ system, this time with Kobe Bryant as the epicenter of the execution. Three more rings were won, in another new trilogy (2000, 2001 and 2002). The system was so valuable that even in Bryant’s two subsequent rings (2009 and 2010) an enormous influence of style could also be observed, of which Pau Gasol was also a part in his two Los Angeles championships.

Winter has been a true bench legend, thanks to the way he developed a complex but brilliant offensive system.

What is the famous ‘Offensive Triangle’?

It is an attack structure that orbits from, as its name suggests, triangles that are created between the pivot, located in the low post, a forward on one side of the court and a member of the backcourt in the corner. From there the movement combinations are born. The other member of the backcourt is located between the free throw line and the triple, while the other forward is located in the high post of the weak side of the attack (the weak side is the one in which the ball is not found). In this sense, the objective of the attack is to fill these five roles constantly, while the players involved move, to produce good attack space and feed the passing routes between them. Each pass and cut from a player has a meaning and is reactive to the behavior of the defense. That is, it requires optimal game reading to be applied.

Also read:  Laura Bozzo reappears and assures that she will never leave Mexico

Here Winter explains basic concepts of the system in a video shared by Kansas State University, which he directed for fifteen years (1953-1968):

Michael Jordan and Kobe Bryant, two essential players in the success of the Triangle and who benefited from its application, said this on the day of their death:

Michael Jordan (via a statement to the ‘Chicago Tribune’):

«I learned a lot from Coach Winter. He was a pioneer and a true student of the game. His offensive triangle had a huge influence on the six titles we won with the Bulls. He was a tireless worker, always focused on details and preparation, as well as a great teacher. I was very lucky to be able to play with him. My condolences to the family »

Also read:  Raises, the key for Americans to accept jobs

«He was my mentor. I sat with him and we watched every minute of every game during my rookie year in the NBA. He taught me how to study every detail of the game. He was a basketball genius in every sense of the term. I will miss him very much. Thanks Tex. I wouldn’t have gotten where I am today without you. Rest in peace”