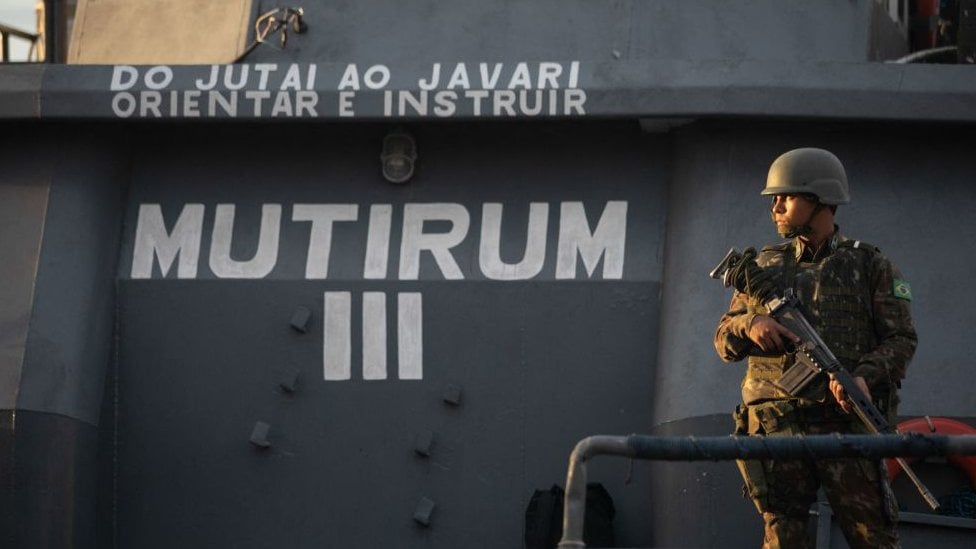 A prolific journalist in love with Brazil and an ally of the indigenous people, this is how some of those who knew them describe Dom Phillips and Bruno Pereira, respectively.

Both men, a British journalist the first and a Brazilian indigenista the second, disappeared in a remote area of ​​the Amazon rainforest in Brazil on June 5.

And after searching for them for 10 days, the Brazilian police announced this Wednesday that one of those arrested in relation to the disappearance, Amarildo da Costa de Olivera, had given details of how they had been killed and that led the authorities to a point where two bodies were found.

Although the police are still working to identify the remains and clarify the motives for the murder, Phillips’ relatives issued a statement saying they have “broken heart” and thanking the search team for going into the inhospitable region to rescue them.

The search operation for Philips and Pereira had been criticized by non-governmental organizations and some relatives of the disappeared, who complained about the delay in the deployment of the armed forces.

It was as the scandal over the disappearance grew that the Brazilian police, army and navy joined the operation.

A “calm” journalist and a “hero”

“Unlike many journalists, Dom had no opinions about everything, at least not out loud. He always seemed to be calmer than everyone, ”Phillips describes his friend and colleague Andrew Downie in a text for the BBC.

“I can still see him, smiling and narrowing his eyes at some wild comment thrown across the table while we were enjoying our Friday night drinks.”

A friend of Bruno Pereira who preferred not to give his name told the British newspaper Guardian that the workers of the state agency for the indigenous peoples of Brazil, FUNAI, “do not like to be called heroes”.

“But there is no way to match that modesty. These people are heroes and Bruno is one of them […] His courage lives in each person who has accompanied his case since his disappearance. It is in every Brazilian who asks for justice”, he added.

At BBC Mundo we tell you who these two characters were, defenders of the environment and the rights of indigenous peoples who live deep in the Amazon jungle.

From music to the jungle

Dom Phillips had a prolific career.

At 57, he had been a correspondent for renowned media such as Guardian, the Washington Post Y Financial Times.

He arrived in Brazil in 2007 in search of material for his first book, an intimate look at the world of electronic music through its protagonists, the DJs.

“He fell in love with Brazil and when he finished the book, he stayed. Brazil was his blank canvasas it had been for many immigrants before him, and Dom I was ready to start painting a new lifesays Downie.

At the time of his disappearance, he was writing a book on sustainable development.

For that he had gone to Pereira, an indigenous expert whom he had met a year before in the same region where they would lose track.

The “ally of the indigenous”

More than 20 indigenous groups live in the Yavari Valley, the area where Phillips and Pereira disappeared. Many of them have never had contact with human beings outside their tribes.

Armed groups that finance themselves with drug trafficking, mining and illegal logging also converge in the area, due to its proximity to the borders with Colombia and Peru.

It is an area that Pereira knew “like the back of his hand”Downie says.

It had been his area of ​​work for years, while he held the position of director of the Division of Isolated Indigenous Peoples of FUNAI.

However, with the arrival of Jair Bolsonaro to the presidency of the country, budget cuts began for organizations of this type and Bruno left the entity.

Since 2018, he has been working independently in the area, helping indigenous peoples in their struggle for environmental protection and their cultural integrity.

This had made it the target of threats from armed groups that operate in the area and that could be affected by the environmental proposals of the communities.

It was at this time that he met Phillips.

They both lost track of each other on their way back down the river to the state capital, Atalaia. They were last seen alive in a riverside community, upriver from Atalaia.