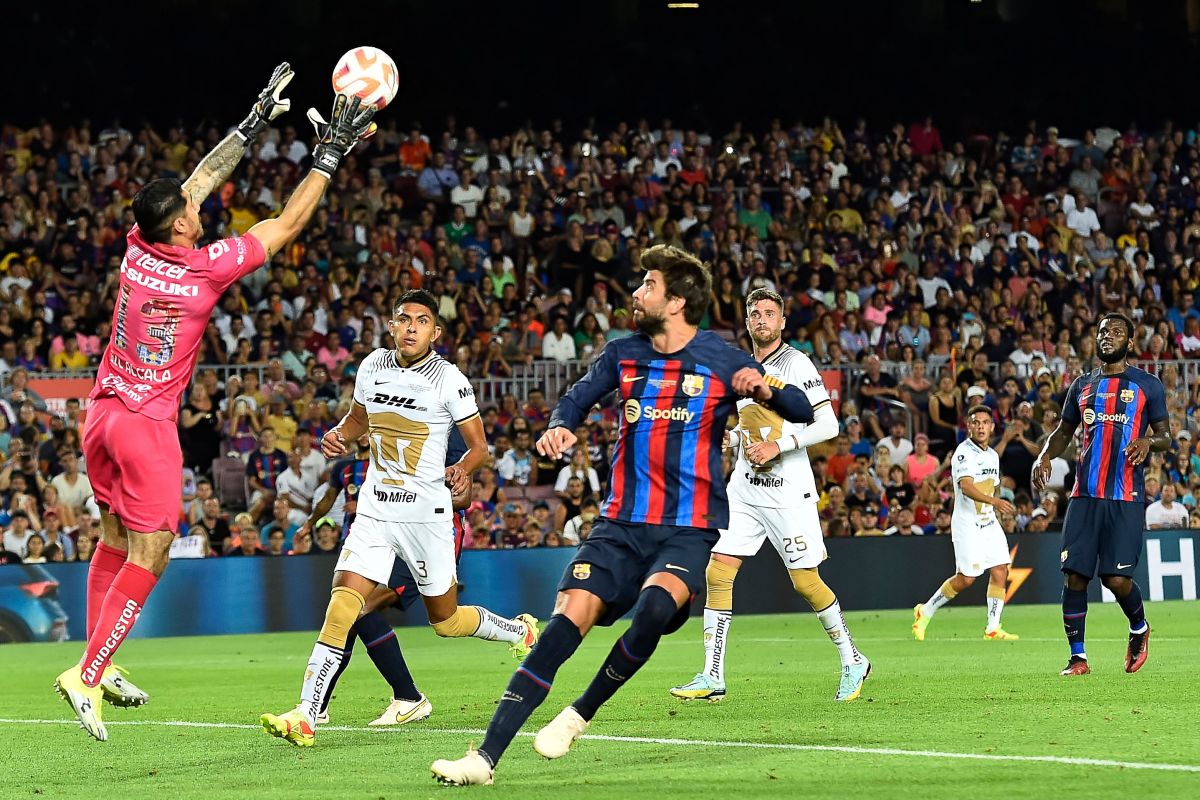 The FC Barcelona He is not satisfied with the defeat of Pumas and could go for more teams in the MX Leaguesince its president, Joan Laporta, spoke about doing a tour of Mexico.

After the 6-0 to the university students, the president of the Catalans offered an interview for TUDN, in which he expressed his desire to face other Aztec clubs.

“We have to do something in Mexico because there are very competitive teams. In my first term we played against America for their anniversary and with our friend Emilio Azcárraga everything was organized and it was just a game; we have to do a tour“, he explained in the talk.

He said this on purpose that he feels very grateful to Mexico, since he considers that the country and its football saved Barça from possible disappearance more than 80 years ago, with a tour that helped them raise money.

“We are indebted to Mexico as well as to the United States, Barça exists today thanks to the fact that it was on tour here in 1937 that there was the Civil War and he had the opportunity of a tour that began in 1936. It was curious because thanks to that, he put the money that was collected in an account in Paris and that money saved Barça, we were at risk of disappearing, we had a reservation that allowed the club to continue operating and that is due to the tour ”, he limited.

Back then, the team arrived by boat in Veracruz, where faced America, Atlante, Club España, Necaxa, the Mexican National Team and ADO Veracruzanowith Águilas and Asturias being the only teams that managed to defeat the Blaugrana, 3-2 and 5-1, respectively.