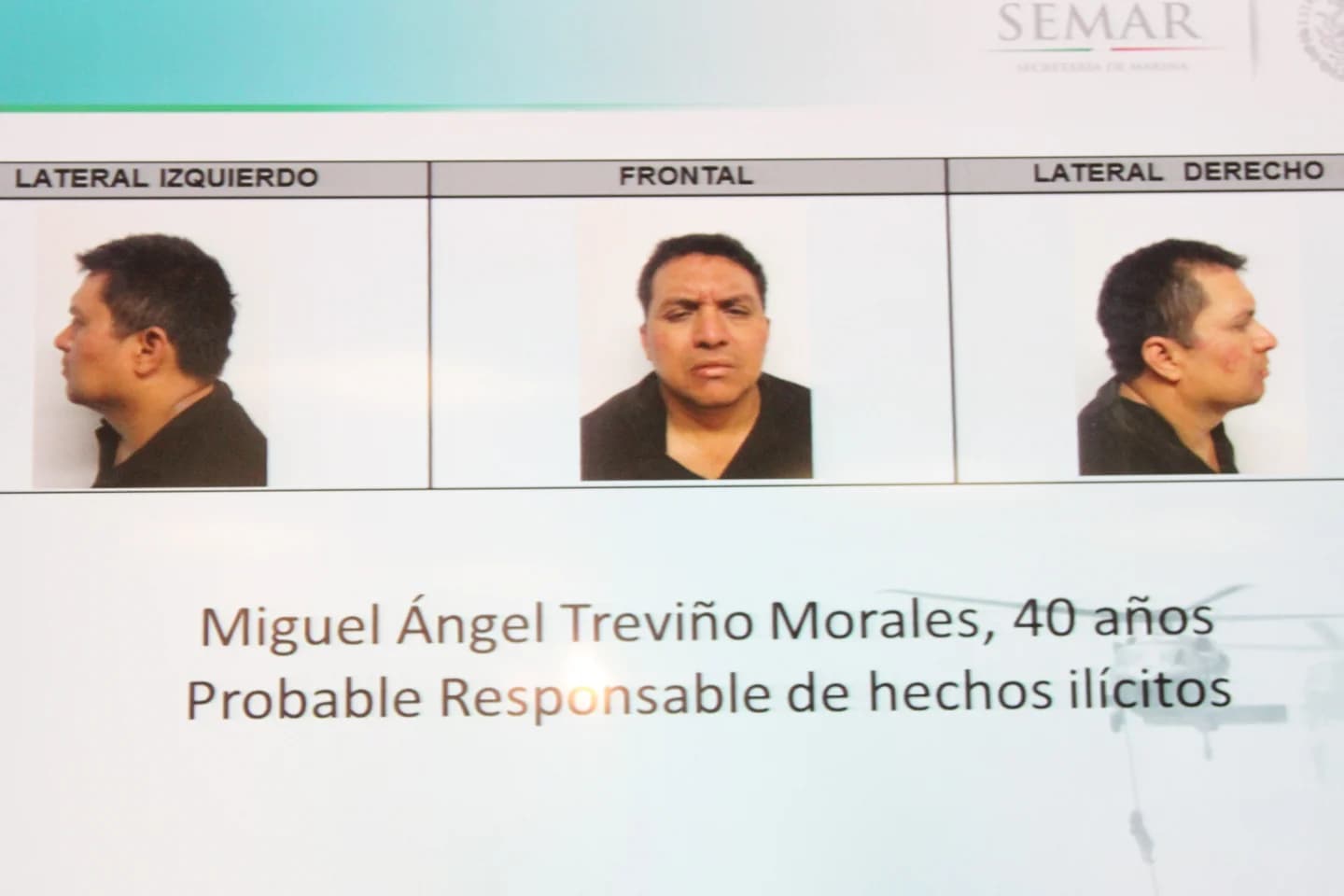 A family originally from Tamaulipas founded what would be one of the bloodiest organizations in the country and on which thousands of deaths weigh.

The footprint of the Treviño Morales family — founder of theCártel del Noreste — in the state of Tamaulipas is that of kidnapping, fuel theft, extortion and murder of Central American migrants.

Twenty-six years ago, the Trevinos’ eldest son , Juan Francisco, alias “Kiko Ozuna ,” was formally charged by the United States government with possessing more than 1,000 kilograms of marijuana with the intent to distribute it.

His short criminal career began as a teenager and developed in part on the border between Mexico and the United States; however, it ended abruptly in 1995 when the Drug Enforcement Agency (DEA) indicted him for drug trafficking, due to the statements of protected witnesses.

It was so, that on December 1, 1995 “Kiko Ozuna” was sentenced to 22 years in prison. His younger brother , Miguel Ángel Treviño known as “El Z 40” “La Mona” or “El Muerto” , then became a drug dealer after Juan Francisco was captured.

The first traces of the criminal career of “Z 40” date back to the year 2000, when he was in charge of retail drug sales in the Hidalgo neighborhood, in Nuevo Laredo, Tamaulipas.

First he worked with Arturo Sauceda Gamboa, “El Karis”; Omar Lorméndez, “El Comandante Pita” and Iván Vázquez Caballero, “El Talibán”. Later he would be recruited by Osiel Cárdenas, head of the Gulf Cartel, first washing cars, then as a messenger for the mobster thanks to his command of English, and later as one of the main hitmen of his brother, Ezequiel Cardenas, killed in 2010.

When, at the end of the 1990s, Osiel Cardenas founded Los Zetas as the armed wing of the Gulf Cartel, with a group of deserters from the special forces of the Mexican Army, Treviño became the right-hand man of their leader, Corporal Heriberto Lazcano Lazcano , “The Lazca”.

The cruelty of his methods would make his way up the ranks of organized crime. “The Z 40” would set the fashion for dismembering bodies and “stewing” enemies, dissolving them in acid, or melting them in containers of oil.

After the capture of Osiel Cárdenas in 2003, Los Zetas would go to war with the Gulf Cartel until its definitive rupture in January 2010. Army deserters led by “El Lazca” and “El Z 40” and their barbaric methods military occupation of the territory would bloody the map of Mexico in recent years in a permanent dispute with other criminal cells.

The violence of Los Zetas would reach its climax in August 2010, when 72 migrants were found tortured and murdered in graves in San Fernando, Tamaulipas.

In addition to the viciousness of their homicides, their tactic of putting the underworld at their service wherever they prevailed, led them to dedicate themselves to drug trafficking, other crimes such as migrant smuggling, kidnapping and extortion.

The government of former president Felipe Calderón decided in his last years to concentrate on dismantling the Zetas. The result of this pressure was the death of Lazca, which gave rise to a new struggle for power, from which “El Z 40” would emerge victorious.

But in 2013 he was captured by the Mexican Army, so his brother, Omar Treviño Morales, “El Z 42” was the heir to the cartel.

The authorities pointed out that since Omar took over the leadership of Los Zetas, the organization attacked diplomatic representations of the United States, which put him in the crosshairs of foreign authorities.

Omar did not achieve the recognition that his brother had and began to face opposition from some of the operators in the region.

Always in the shadow of “Z 40”, Omar Treviño was captured two years after assuming power in a house in San Pedro Garza, Nuevo León , one of the richest municipalities in the country.

After the fall came the internal disputes within Los Zetas that accused the Treviño Morales family of allegedly betraying other leaders of the organization such as “El Mamito”, “El Lazca”, who were placed at the mercy of the authorities due to because the clan allegedly leaked information about their location in order to gain complete control of the cartel.

This caused the Treviño family to lead the faction called the Northeast Cartel.

The split was led by Juan Francisco “Kiko” Treviño Chávez , nephew of Z 40 and Z 42, until in September 2016, he was arrested by the DEA in Houston.

Ana Isabel Treviño was another of the names that emerged as Kiko’s successor; however, the authorities in Tamaulipas identified Juan Gerardo Treviño, “El Huevo”, as the last leader of the criminal group.