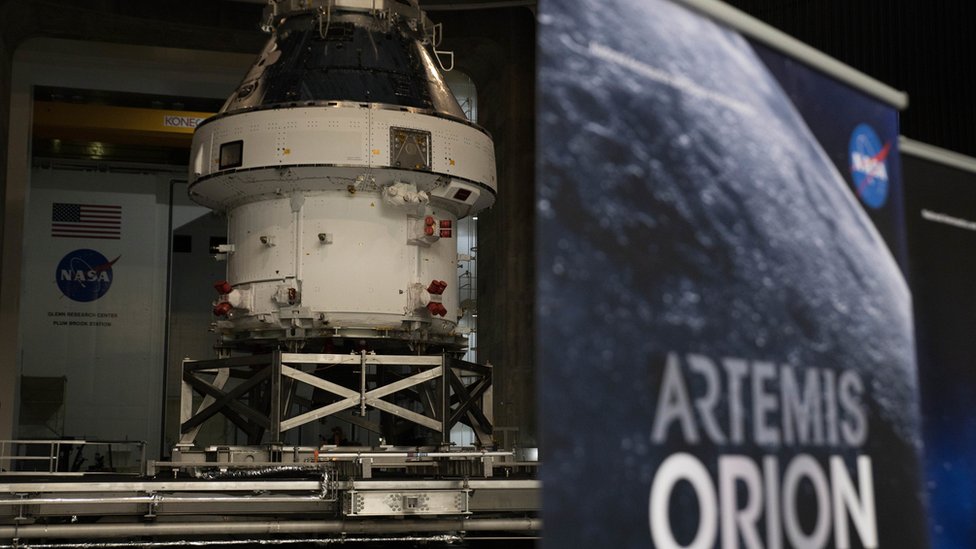 This year we will see a lot of missions to the Moon, after a year in which there was not a single lunar landing.

NASA will launch its Artemis program and is sponsoring a series of missions to deliver equipment and supplies to the Moon, which will be used by future astronauts.

India, Japan, Russia, South Korea and the United Arab Emirates They will also launch lunar missions this year. And in addition to countries, several companies will also rush to reach the Earth’s satellite this 2022.

All of these missions will be unmanned spaceflight and, for the most part, lay the foundations for a sustainable human presence on the surface of the Moon in less than a decade.

But that’s not the end goal: creating a lunar space station is just one step on the road to manned missions to the red planet, Mars.

Dr Zoë Leinhardt, an astrophysicist at the University of Bristol, UK, believes this year will see the beginning of a new space race which includes new countries.

While many of those missions are aimed at investigating the Moon itself, some have higher aspirations.

“Some missions have a long-term view in a broader field. Missions to the Moon are both a proof of concept and an opportunity to test new technologies and collaborations, ”says Leinhardt.

So what is each mission about and what is your goal? These are the plans to explore the Moon this year.

NASA‘s ambitious Artemis space program aims to get humans back to the Moon by 2025.

This March, the Artemis-1 mission will begin laying the foundation for that ambitious goal.

The mission will not be manned, except for a “Moonikin” (from the English “Moon” and “mannequin”), who will occupy the commander’s seat in Artemis I. It is a realistic mannequin that bears the name of Arturo Campos, who was key in bringing Apollo 13 back to Earth safely.

Campos’ role will be to test the same spacesuit that Artemis astronauts will wear during launch, entry, and other dynamic phases of their missions.

NASA’s new Space Launch System (SLS), the world’s most powerful rocket, will launch the mission and carry an Orion spacecraft around the Moon to test the safety of the crew vehicle.

NASA will look closely at the data on Orion’s heat shield as it reentry to Earth at high speed at nearly 2,760 degrees Celsius.

This year we will also see another key element of the Artemis program take a big step forward.

Capstone -experiment of navigation and technological operations of the cislunar autonomous positioning system- en the pioneering mission of the Artemis program.

NASA will launch a microwave-sized satellite or CubeStat, Capstone’s spacecraft, also in March 2022, to test an orbit centered on the Moon, which rotates alongside the Moon as it orbits Earth.

The goal is to ensure the safety of astronauts on future trips.

“The ultimate goal is Mars”

The information that will be obtained from this test will help validate the operating models for another key component of the Artemis program: the Gateway.

NASA describes it as “a multipurpose outpost orbiting the Moon and providing essential support for long-term human return to the lunar surface.”

If all goes according to plan, in 2025, Artemis-3 will be the firstmoon landing from the Apollo 17 mission,in 1972. The mission will also include the first female astronaut and the first black person to reach the Moon.

Dr. Hannah Sargeant, a planetary scientist at the University of Central Florida, USA, points out that this focus on the Moon is part of a larger vision. The Gateway is also designed as a support post for exploration of the deep space.

“Robotic missions to the Moon are one of the first steps on that roadmap, leading to a lunar space station, a lunar base, and ultimately manned missions to Mars,” he explains.

Missions of India, Japan and the United Arab Emirates

Other nations and companies have also set their sights on the Moon this year.

Some of them will conduct research, and others will deliver supplies and equipment.

A spacecraft with a lunar rover and a stationary lander will launch in the third quarter of 2022.

The Japanese Space Agency (JAXA) plans to launch a lunar lander in April 2022.

The X-ray Imaging and Spectroscopy Mission (XRISM) space telescope will also be on board.

And the Japanese space company ispace will also send a lander to the Moon in the second half of 2022. Mission 1 (M1) is part of JAXA’s commercial lunar exploration program, Hakuto-R, through which two robot scouts will be deployeds.

One of them is built by JAXA, a small-scale two-wheeled rover that will explore the surface of the Moon. The other rover that the Japanese company will deploy is from the United Arab Emirates (UAE) and is called Rashid.

It is a four-wheeled vehicle tasked with testing the soil on the Moon.

Will be the country’s first mission to the surface lunar in 45 years and it is expected to be the first to land at the lunar south pole, the area NASA is considering for manned lunar missions.

The Russian space agency Roscosmos has scheduled the launch for July 2022.

KPLO will study the surface of the Moon and help plan future missions to the lunar poles.

Private companies are also in the rush to go to the moon.

As part of a NASA program called Commercial Lunar Payload Services (CLPS), companies will compete to provide transport servicesin the surface of the Moon.

Intuitive Machines, based in Houston, USA, aims to use a six-legged lunar robot called Nova-C to transport payloads to the surface of the Moon in early 2022.

What is the purpose of these missions?

Dr. Sargeant says that many of them will investigate the lunar environment in order to find ways to protect crews and equipment from any dangers, such as lunar dust and strong solar wind.

The missions will also give scientists the opportunity to test prototype equipment and the experiments they can use to generate resources such as water.

“We want to make sure these machines work before we send our teams there, which will depend on the valuable supplies they generate,” says the scientist.

“Ultimately, these supplies could be used to produce the fuel needed to send missions to Mars.

“The Moon also acts as a testing bench for technologies that we would like to use one day on the red planet. It’s much closer to ‘home’ at just three days away, rather than the minimum six months it takes to get to Mars. ”