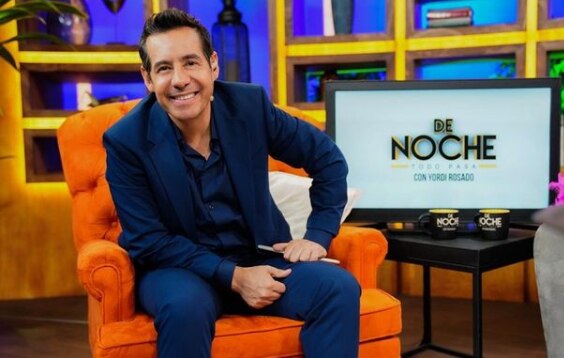 After the driver Yordi Pink interview the adult film actor Alex Marin, the feminist collective Green Tide, among others, disqualified this fact.

“Much is said about men who fall in love with women who live in situations of violence and then exploit them sexually. This is usually called sexual exploitation. and they are called pimps. But when they give interviews and they are white, @YordiRosado calls them ‘managers’ “, they wrote through their Twitter account. Also, through Instagram they commented: “It is very worrying that pimping is ‘bragged’ in the mass media as if it were talking about chocolate cookies ”.

For its part, the collective Sea witches They reiterated their anger at Rosado’s actions and once again branded Marín a “pimp”.

“We wonder if @YordiRosado would laugh and He would celebrate his ‘thanks’ to the pimp who has sat on his forums, on at least two occasions, if one of the women he clearly exploits was his daughter. We are talking about Alex Marín, the pimp he calls ‘manager’ “

Through social, feminist and collective networks they criticized that the former member of the program Another roll invited Marín to his program in Unicable last November 3, in order to talk about his polyamorous relationship and his activity in the adult film industry with his girlfriends, actresses Mía Marín, Giselle Montes and Yamileth Ramírez.

From the point of view of the collectives, Yordi helped spread and promote pedophilia, the sexual exploitation and human trafficking, since Alex Marín is known for producing, directing and acting in adult videos, under the protection of his partners, whom, they say, used to get money.

Throughout the interview, Yordi Rosado asks questions about the dynamics of the polyamorous relationship that they carry, as well as their jobs in the pornography, however, ehe behavior of Alex and the stories of the women has generated concern in different people.

As is the story of Mía, who was a minor when she met Alex Marín. He, being a 30-year-old man, established a sex-affective relationship with her, who was 17 years old.

In addition, they questioned whether it was she who brought Marín to the pornographic industry, since during the interview she mentions that it was her dream since she was young, in addition to this Alex jokes that it is Mine who supports it financially.

Later comes the story of Giselle, who, without having a job or money, later met Alex, in whom saw an opportunity to get out of that precarious environment, a story that Marín laughs at and repeats that she is also the one who maintains it.

Some women through Twitter have commented on their discontent by tagging UN women in their messages, as well as they also took the opportunity to invite to stop watching Rosado’s program.

Why they criticized YosStop after his public apology towards Ainara