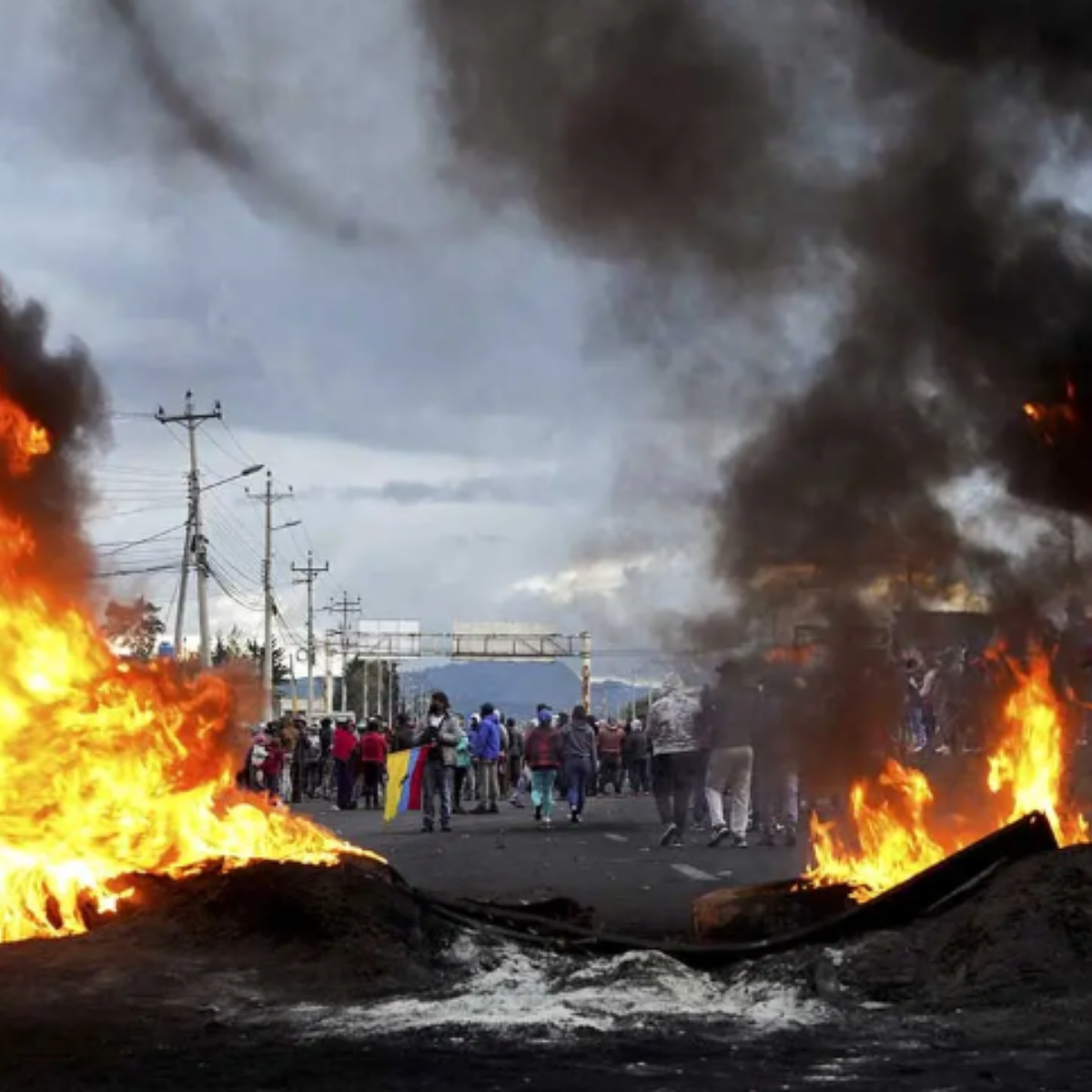 Ecuador this Wednesday entered its fifth day under the state of exceptiondecreed by the president William Lasso due to the “serious internal commotion” in various provinces of the country, where clashes have been going on for ten days in the midst of a huge nationwide protest.

So far, the number of deceased amounts to four people since the beginning of the demonstrations, after the Ecuadorian National Police reported this Wednesday of a new death in the context of the protests.

Lasso announced on Friday the Exception status for the provinces of Cotopaxi and Pichincha through decree 455, and this Monday it repealed and replaced it with decree 459, which also includes the provinces of Imbabura, Chimborazo, Pastaza and Tungurahua and has a duration of 30 days.

The state of exception comes in the midst of a great national mobilization promoted by the Confederation of Indigenous Nationalities of Ecuador (Conaie) against the Government, which began on Monday, June 13.

“Last night I called for dialogue and the response was more violence. There is no intention to look for solutions. They say they fight for the cost of living, but close roads causing shortages, rising prices and speculation. They say they want to improve health services, but they prevent the passage of ambulances, putting our sick brothers and sisters at risk of death,” Lasso said during his speech on Friday.

The president insisted that the acts of violence that have been registered since Monday have forced him to declare a state of emergency “to defend the capital and defend the country.”

The origin of the protests

The Conaie, which has been leading the national mobilization for nine days in some provinces, requires the government to reduce fuel pricesaddress the problem of unemployment, regulate the prices of farm products and fight crime, among other demands.

Friday, the fifth day of protests in several provinces, was marked like other days by road closuresespecially in the provinces of the Sierra and, as night fell, there were mobilizations in the historic center of Quito that ended in clashes in the Plaza de Santo Domingo between police and protesters.

The National Police reported on his Twitter account that, according to firefighters, three people They would have fallen into a ravine in a sector of Guayllabamba, about 30 kilometers north of Quito, and one of them died. At the moment they did not offer more details.

It may interest you: Ecuador withdraws the mandatory use of face masks in open and closed spaces

Lasso maintains that they want to overthrow him

On his Twitter account, President Guillermo Lasso through a video, responded that he will not allow disorder in the protests and targeted those who, according to him, want to remove him from power.

“They are looking for chaos, they want to throw out the president, I am here, I am not going to escape,” he said in a video he posted on that social network.

When he revealed the first state of emergency decree, it was accompanied by a list of decisions on economic matters, in order to alleviate what he called “the difficult situation of many families.” The announced measures are as follows: